Join our newsletter to be the first to hear our latest news! Learn More
Home / Reviews / ARC Revew: Dark Rise by C.S. Pacat “How you faced darkness was a test. She felt the temperature start to drop, the shadows start to lengthen. And against the cold and rising dark, she drew her sword.”

Dark Rise is written by C. S. Pacat, author of the Captive Prince series, and is set to be a trilogy.

This book takes place in London long after this epic battle between the Dark King and the Lady, representing Good/Evil or Darkness/Light, where the Lady triumphed and was able to kill her love–the Dark King. While the world may have carried on, the Stewards single-handedly carry the history and live with the duty to protect the world should the Dark King rise again.

The book opens up with Will who is working on the docks for little pay when his mother’s servant finds him. He tells Will he’s not safe and to run and find the Stewards. Before he can do that, he is captured by Simon’s men and imprisoned in Simon’s ship.

Then we meet Tom and Violet (brother and sister). Violet wants to be just like her brother Tom who she watched being admired and branded with an S when he gains acceptance from Simon. Simon, his boss, is obsessed with the Dark King’s return and eradicating the Lady’s descendants. Violet finds Will and goes against Simon and her brother to save his life and free him. She ends up entangled with Will and his quest to learn why Simon wanted him and to fulfill his destiny of working with the Stewards to stop the Dark King from rising.

WOW. just wow. I went into this book with my expectations so high. I told myself that this is a different series and try not to compare it to Captive Prince but I totally found myself doing it. In the end, it 100% met my expectations and left me reeling, spinning, and falling for it.

The characters were so fascinating. They struggled with morality, history, magic, heartbreak, where they come from, who they are, and, maybe most importantly, who they will become. This book is fast-paced and the type of book you could read a thousand times and still find something you missed. Dark Rise is dark, rich, and devastatingly good. 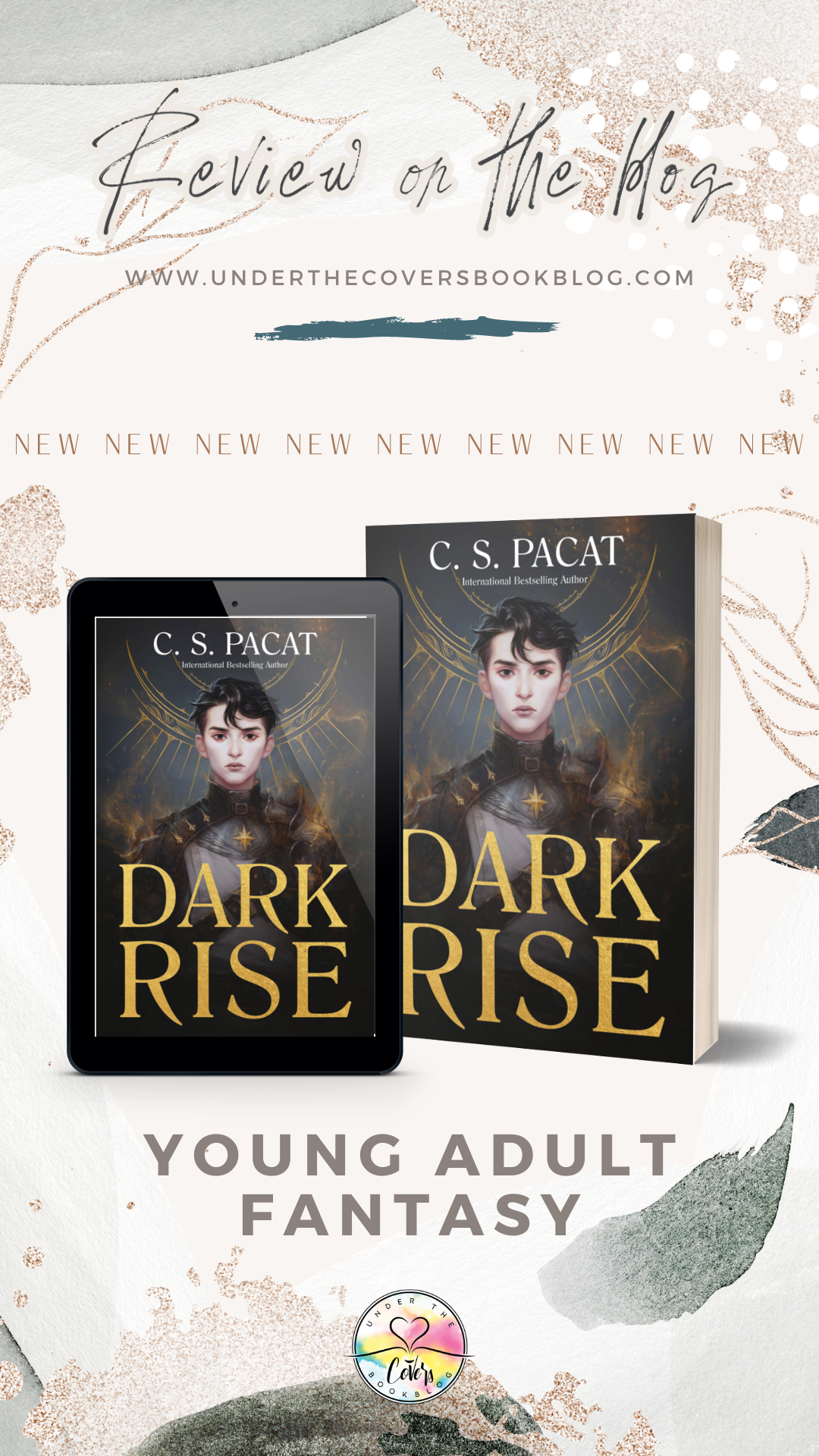 Adding to my wishlist, thank for the review.