Author L.H. Cosway shares an exclusive excerpt from SIDEQUEST FOR LOVE and gives one lucky reader the opportunity to win a signed copy of the book – check details at the bottom of the post.

I changed into a T-shirt and some lounge pants before getting comfortable on the bed with my food and laptop. A minute later, Afric’s video call link came through, and her face appeared on my screen.

“Hey, you!” she said with a smile. “Oh, you look so cosy and tired in that big hotel bed. What are you eating?”

She craned her neck to see what was on my plate, and I couldn’t help my small grin. “Just a chicken salad and some potato wedges.”

“Is that sweet chili dip?” she asked, eyeing my plate. “I love sweet chili. Great, now I’m hungry. Can you wait a minute while I go grab some snacks?”

A minute or two later, she was back with a bag of Doritos. “Okay, now I’m ready,” she said, climbing under her duvet. We made sure to both press play at the exact same moment before settling in to watch the episode. It was one of those BBC period dramas, but I hadn’t seen it before. The main character was a woman, Margaret Hale, who had moved from a picturesque country town in the south of England to an industrial town in the north called Milton. She makes the acquaintance of the owner of the local cotton mill, Mr Thornton, and they strike up an antagonistic relationship.

“Okay, I was sceptical at first, but I’m totally into this. Mr Thornton is an absolute ride,” Afric said a little while into the episode.

“Mr Thornton is a what?” I asked, bemused.

“He’s a ride. It means I’d gladly bang his brains out,” she clarified.

I quickly pushed thoughts of Afric banging some actor’s brains out from my head. “Isn’t he the same guy who plays a dwarf in The Hobbit?”

“Yes, and if I were Smaug, he could plunder my treasure cave all night long.”

I almost choked on a sip of water. Then I laughed. I laughed so hard it hurt my stomach. Afric was chuckling, too.

“Technically, it was a treasure mountain,” I pointed out.

“Even better. He can mount my treasure mountain anytime.”

I shook my head, unable to disguise my amusement. “Okay, I need to stop encouraging you. Let’s just watch the episode, shall we?” I said once I finally gathered my composure.

“By all means,” she said, a smile in her voice.

Later, during a particularly intense scene between Margaret and Mr Thornton, Afric let out a long sigh. “The way he looks at her. I want that,” she said longingly.

“I’m not sure people look at each other that way anymore. We’re all too busy looking at our phones and laptops,” I replied.

“Wouldn’t you look at Annabelle that way if you ever met her in person?” she queried.

Her question caused me to stiffen. “I don’t know. Maybe.”

“I was checking out her pictures on social media today,” Afric went on.

I stiffened further. “You were?”

“Don’t be so concerned. I wasn’t stalking her or anything. I just wanted to get a feel for the kind of person she is. She seems really into health and fitness.”

I ran a hand down my face, suddenly feeling more tired than I’d been in a while. “She is. She likes parkour, too. That’s why she’s so obsessed with the show.”

“She’s very pretty,” Afric said, and if I wasn’t mistaken, I sensed there was something else she wanted to say but was holding back.

“Anyone with a pair of eyeballs can see that she’s pretty, Neil.”

“I guess you’re right,” I said, focusing back on the episode and worrying my lip.

“She has that whole slim but muscular look going on. You must be really into that. Leanne has a similar body type,” she said.

I frowned, thinking about it. “It’s not that I particularly favour it. I developed feelings for Leanne mainly based on her personality and our close friendship. The same goes for Annabelle. Our conversations are what made me start liking her.”

It was? Why? I didn’t voice the question, and both our attentions quietly drifted back to the episode.

Afric yawned softly when the end credits rolled. “I’m tempted to watch the next part, but I know I’ll only end up staying awake all night to watch the whole thing, so I should probably go to sleep.”

“We can watch the next episode tomorrow night if you want?” I offered impulsively.

I wasn’t sure why, but I’d really enjoyed this. Just virtually spending time with someone instead of sitting alone in my hotel room was surprisingly pleasant.

She granted me a pleased smile. “Seriously? I’d love that. Okay, I’ll call you around the same time tomorrow. Will you be free?”

With that, we ended our video call, and I lay back in bed, staring at the ceiling. I had a long day of work ahead of me tomorrow, but knowing that I’d get to watch North and South with Afric at the end of it oddly made the prospect far more bearable. Sidequest for Love
by L.H. Cosway

Being an avid online gamer, Afric O’ Connor loves a challenge. Helping Neil Durant reveal himself to the girl he’s been catfishing makes for the perfect sidequest. Besides, it’s not like she isn’t getting something in return. Neil has a head for numbers and Afric’s finances are a mess. It’s the perfect exchange. She assists him with his love life, and he sorts out her accounts.

As they spend more time together, the arrangement becomes less simple. Afric soon realises that the girl Neil’s been trying so hard to win over might not deserve him. And the buttoned up, bespectacled personal assistant she once considered a sidequest has somehow become her main objective.

Win a SIGNED copy of SIDEQUEST FOR LOVE 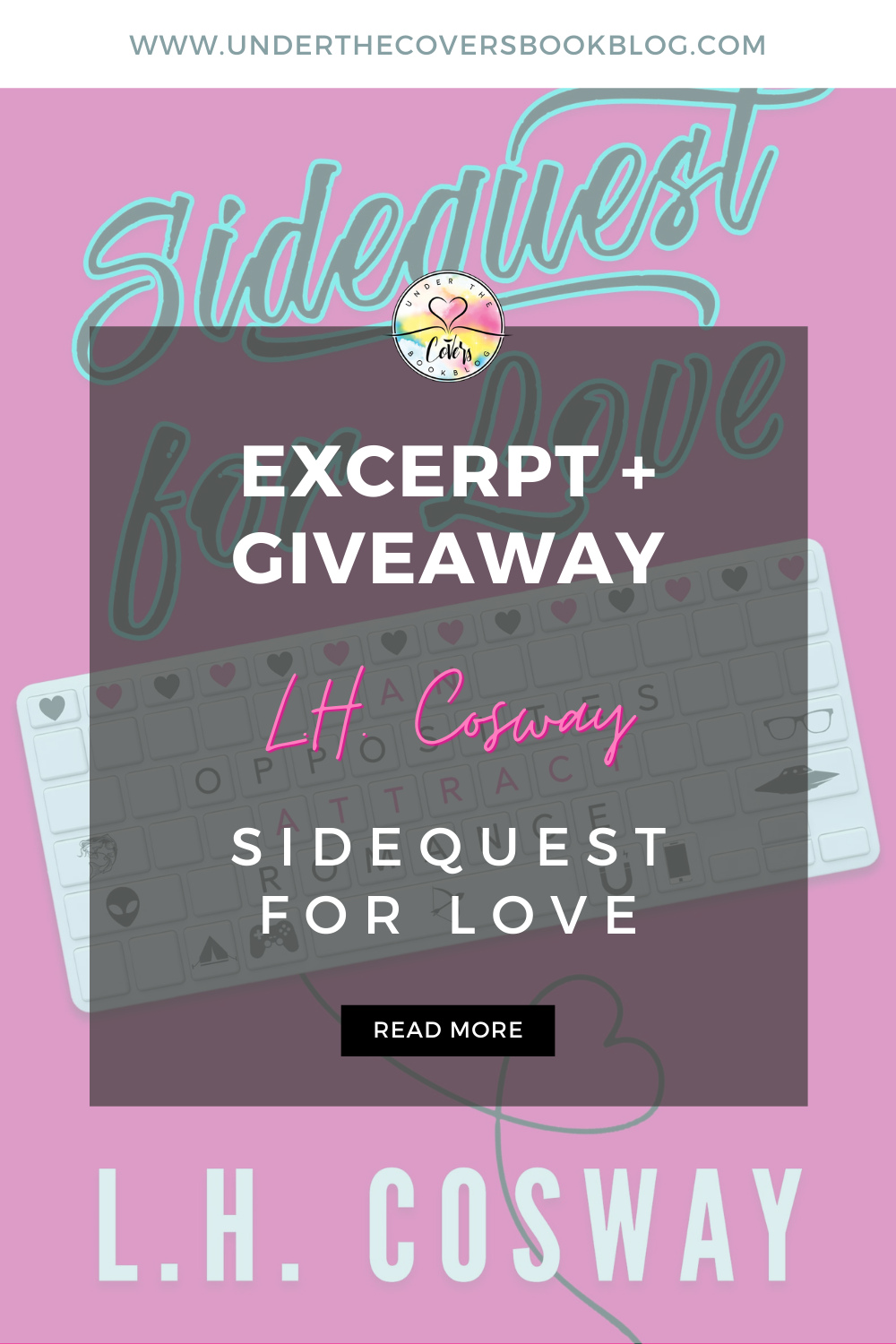 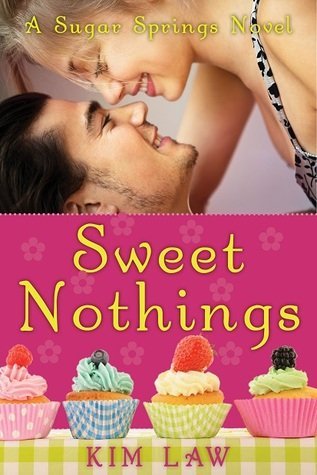 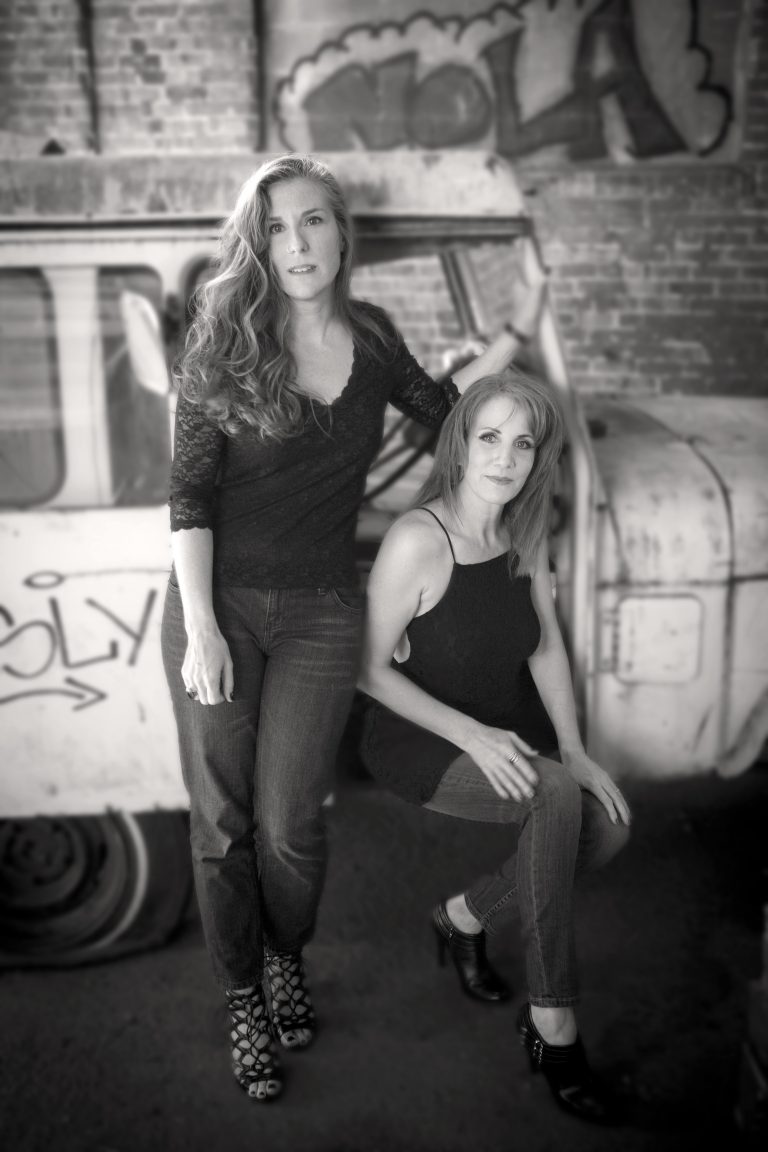 I can’t think of one at the moment.

People We Meet on Vacation by Emily Henry!

The Deal by Elle Kennedy, Egomanica by Vi Keeland, Nobody’s Baby But Mine by SEP,… and many more. I can’t choose, I love them all.

The latest I just read was The Casanova by T.L. Swan!

Thanks for the excerpt and contest offer.

Nothing comes to mind at this time.