Join our newsletter to be the first to hear our latest news! Learn More
Home / Reviews / ARC Review: A Duke in Time by Janna MacGregor 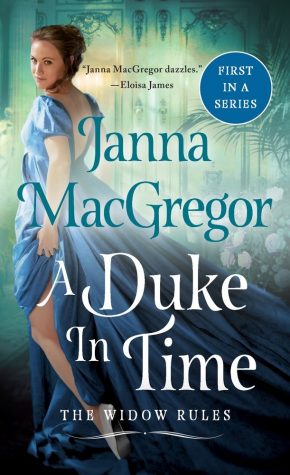 A Duke in Time
by Janna MacGregor

“The overall story was good and included a lot of elements I don’t usually find in regency England, but I would have liked to see the conflict mean more for the characters.”

In A Duke in Time, the first book in Janna MacGregor’s The Widow Rules series, readers meet Katherine, the newly-widowed Lady Meriwether, and Christian, Meri’s brooding brother and Duke of Randford, as they try to unravel the problems of the past and establish a future for themselves.

Katherine had a rough past: born a bastard to an unwed actress and wrongfully arrested for thievery, Kat thought she had finally reached a turning point when she married Lord Meriwether Vareck, the second son of a duke. But when Meri is killed, secrets start coming out. Secret debts. Secret scandals. Secret wives. Now Kat has to keep her own linen business going, deal with Meri’s two other wives, and keep her past hidden from prying eyes – all while falling head over heels for the Duke of Randford. It seems to be one problem after another for Kat and Christian. Their passion is undeniable, but Kat’s past might just ruin both of their chances of happiness.

I enjoyed the plot and characters in A Duke in Time. Kat was surprisingly independent for a regency-era heroine. She ran her own business, handled her own finances, and had her own home. Christian, too, was surprising. He started off as the quiet, brooding male, but quickly opened himself up to Kat. Usually in regency romances, it takes quite a bit of the story before the leading man admits to himself and others that he has feelings but Christian bucked that trend by showing more than just casual interest in Kat pretty early on.

A Duke in Time had plenty of conflict; trigamy, blackmail, and a secret past all haunt Kat throughout the plot. And Christian had his own issues, including family problems to forgive and a duchy to overhaul. Despite all the issues that Kat and Christian faced, MacGregor worked plenty of romance and spice into the story. The sexy scenes between the two had plenty of heat, but also included sexual acts that I don’t usually find in regency era romance. These scenes were unexpected, making them even more tantalizing.

The plot, however, isn’t without its issues. Christian didn’t even once question Kat’s lack of experience in the bedroom, despite her marriage to his brother. And Kat seemed fairly knowledgeable for someone who had no experience, especially for a woman in 1815 London. And while there was plenty of conflict for both Kat and Christian, none of it seemed to end up being a big deal for either one of them. Kat took Meri’s secrets in stride. She handled her business problems in a few paragraphs. She quickly laid her past’s ghosts to rest. Christian similarly minimized any potential for conflict. He had no issues with Kat’s past, and didn’t care that she had been accused of being a thief. There was a lot of potential for conflict in A Duke in Time, but it seemed to never amount to much. For me, all this potential for conflict seemed like just a tease. I would’ve liked to see these issues build up to something in Kat and Christian’s relationship and cause some fighting or angst or something. There was equal amounts romance and conflict in the story, but one didn’t amount to much in the overall plot.

The overall story was good and included a lot of elements I don’t usually find in regency England, but I would have liked to see the conflict mean more for the characters. 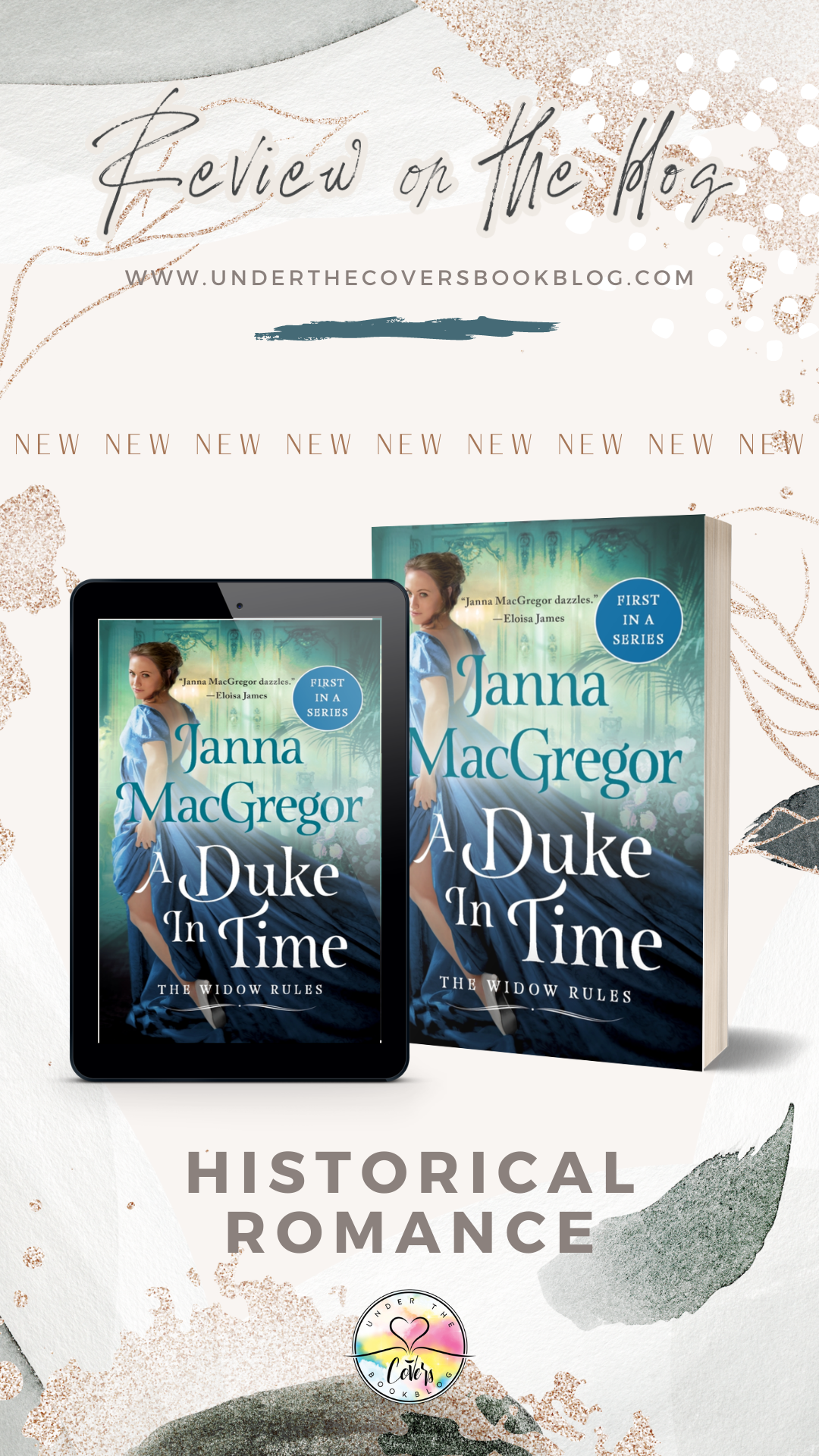 I enjoyed the story.

Thanks. I’ve read mixed reviews for this.