Join our newsletter to be the first to hear our latest news! Learn More
Home / Reviews / ARC Review: Rare Vigilance by M.A. Grant “…the writing and plot of Rare Vigilance was very well done.”

Atlas Kinkaid has had a rough life. After he and his sister lost their parents, Atlas enlisted and found a new family with his platoon. While on mission in Romania, Atlas and his platoon were attacked by unknown, vicious beasts. Atlas was the only one to survive, left with both physical and emotional scars. But he was trained to protect, so he returned to civilian life as personal security for the Whitethorn Agency. Rare Vigilance is the story of Atlas and his newest client, Cristian Slava. Cristian is heir to vast fortunes, but Cristian and his father are keeping a lot of secrets from Atlas, secrets that will change everything – except Atlas’ growing attraction to Cristian. As nightmares from the past return, and world-shattering truths are brought to light, Atlas will have to decide what – and who – is worth protecting.

Overall, the writing and plot of Rare Vigilance was very well done. Atlas was a multifaceted character; he had a dark past, and it clearly shaped his personality. M.A. Grant did a wonderful job at shaping that personality through Atlas’ actions, rather than just lumping it all in his backstory. Cristian was a great love interest for Atlas, his opposite in so many ways, but readers will instantly feel that spark and tension between the two. I also thought Atlas’ backstory was interesting, and I spent much of the book wanting to know more about the creatures that attacked him. Cristian also had an intriguing story arc, going from snarky, privileged son to caring, worthy love interest.

Rare Vigilance is a paranormal romance, but it was not like most of the paranormal romances I’ve read. Atlas learns pretty early on that Cristian is a vampire, but it didn’t affect their partnership as much as I expected it to. The sexual tension between the two also simmered throughout most of the story, with only a few scenes that really got hot and heavy. The romance is definitely a slow burn, which I find less in paranormal romance than other romance subgenres. Rare Vigilance is also part of a series and ends on a cliffhanger. I felt like the plot was just heating up, really getting into the action that had been teased since the beginning, when the book wrapped up. I will definitely be checking out the next book, needing to know where Atlas and Cristian’s story goes from here, but I wish Rare Vigilance had more of a conclusion rather than seeming to end mid-scene.

Rare Vigilance covers a lot of ground for a paranormal romance: PTSD, grief, loss of a parent, love, and recovery. While definitely heavier on the paranormal aspect and lighter on the romance, there is a great relationship forming between Atlas and Cristian which will surely have a fantastic payoff in future books. 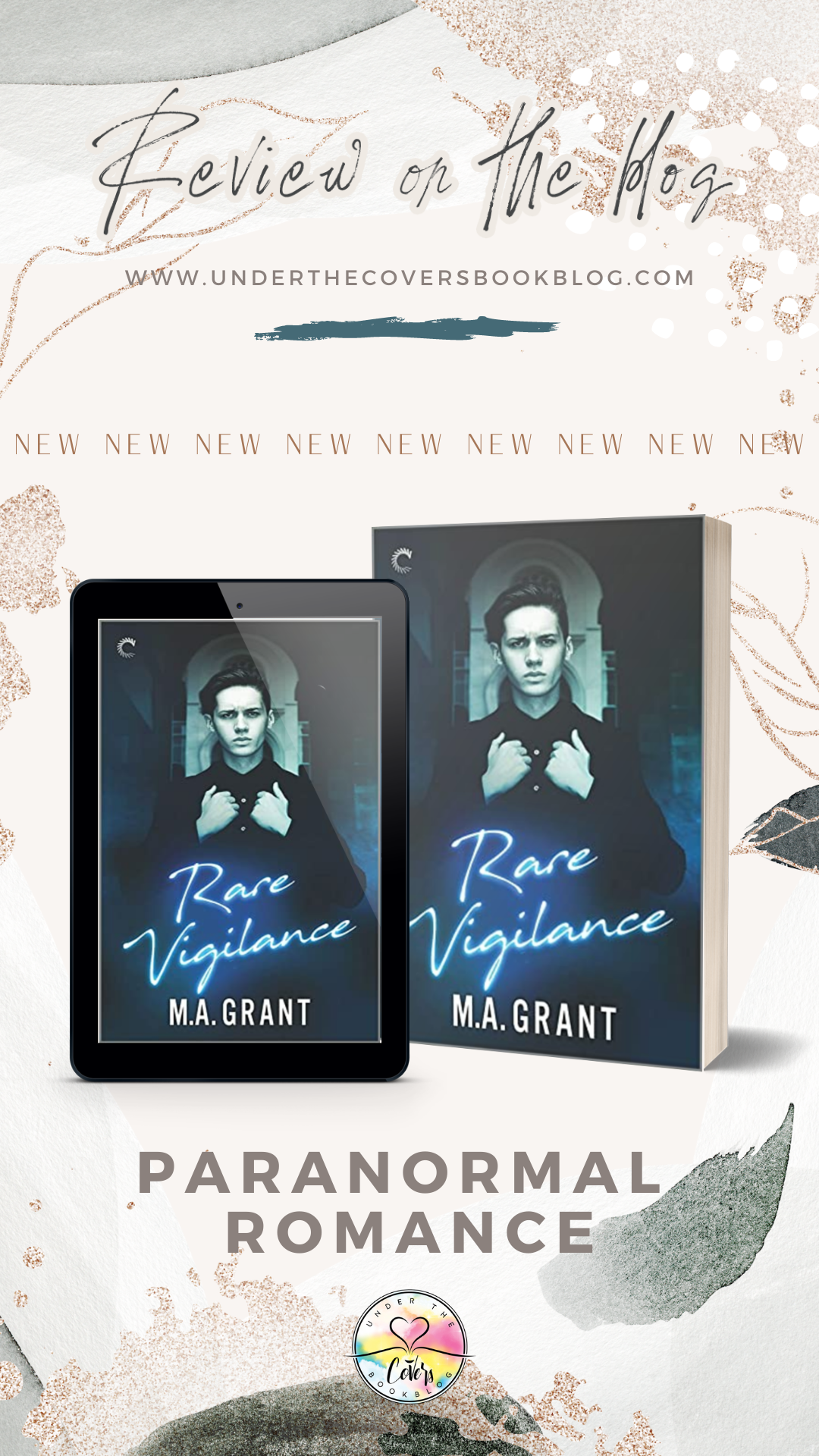 Great review! Thanks for tje heads-up about the cliffhanger.