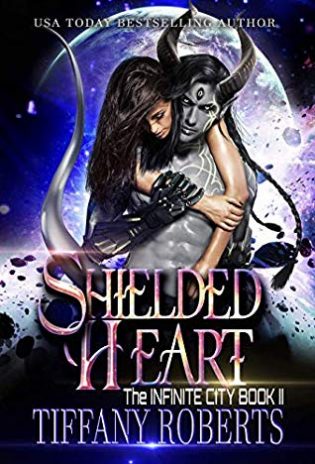 “…the excitement of bad guys waving their guns around alongside some sexy alien canoodling.”
~ Under the Covers

Samantha has moved to Infinity City to get away from her abusive ex. However, it isn’t quite the escape that she expected. Infinity City is a dangerous place for humans, especially human women. But Alkorin is different to all the aliens she has met so far in Infinity City, however, although he’s kind and funny he can’t quite hide his lethal edge. A lethal edge that comes in handy when his past comes back fully loaded and willing to kill anyone in their way with Sam firmly in their firing line.

I love a sci fi alien romance adventure! You get the excitement of bad guys waving their guns around alongside some sexy alien canoodling. Luckily, Tiffany Roberts has written such an adventure for us with Shielded Heart. It was an action packed romantic romp with the added benefit of having an alien hero.

I really liked Alkorin, not only because he was hot – check out the illustration at the beginning of the book! – but because he had a wicked sense of humour. Some of my favourite moments in the book was less the romance between him and Sam, but banter from the bromance with his bestie/bodyguard. Sam, the heroine, was a little more of a miss for me, I didn’t dislike her, but in comparison to Alkorin’s big personality, she faded into the background. Nevertheless, it was adorable seeing them together.

This book also opened the world up a little more and introduced us to more characters who will be hopefully be the heroes and heroines of future books. So, although the romance was perhaps not my favourite one by Roberts, I did enjoy the book as an overall addition to this series.

If you want an alien sci fi romance with plenty of action and adventure in it, this series is a good place to start. I am now eagerly anticipating the next book in the series. 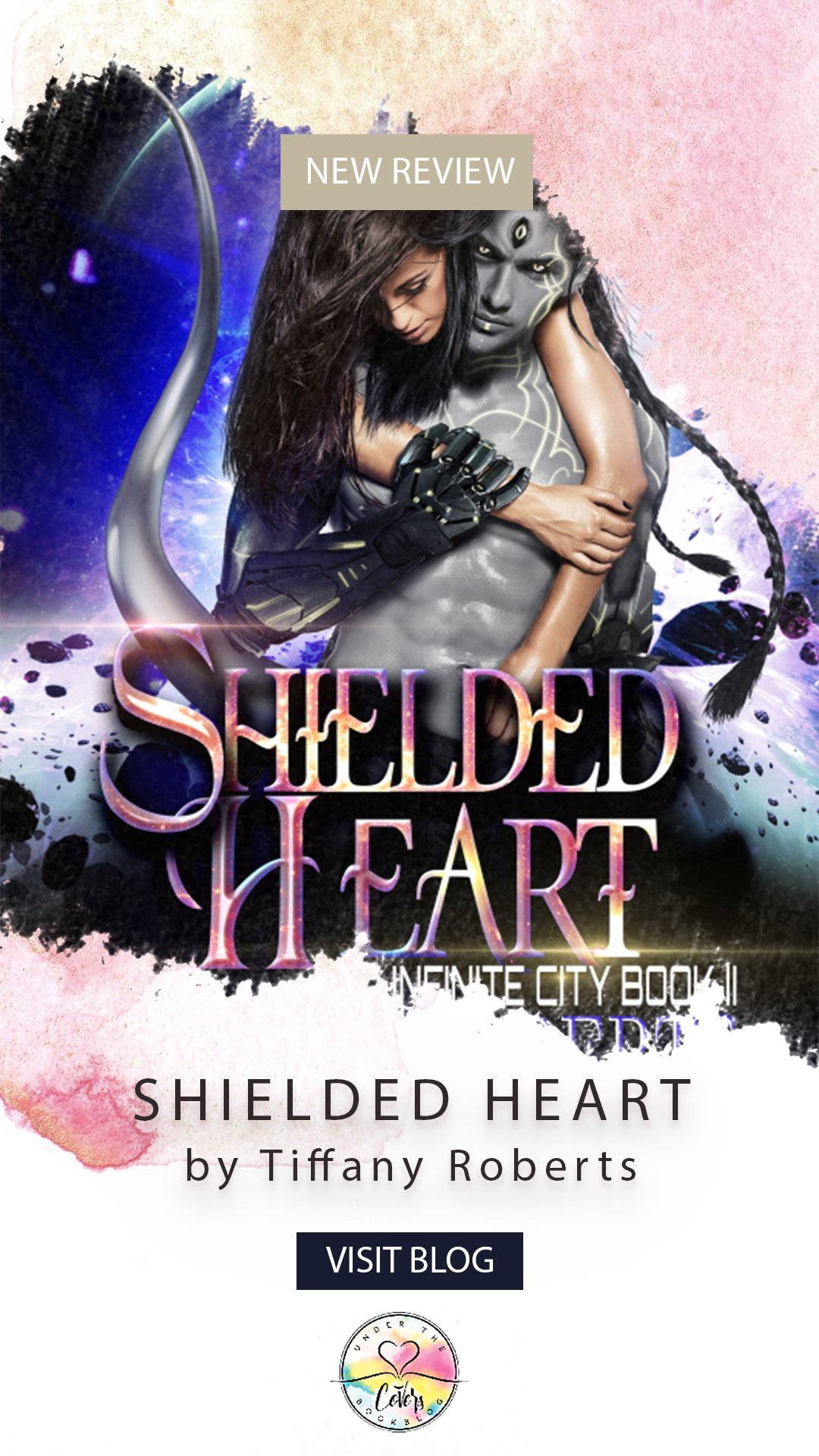 Yay! I absolutely love the cover. I can’t wait to read this.

Awesome review Suzanne!! Love this cover!! Shared on my socials!!????

Thanks for the review, added to my TBR pile.