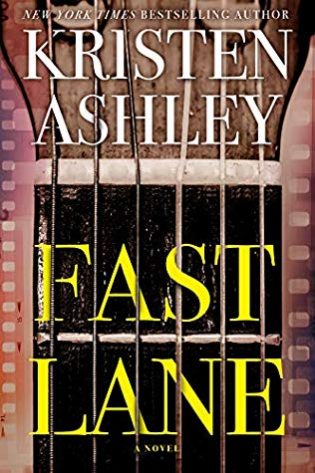 “…this book was magnificent, nothing short of another KA masterpiece.”
~ Under the Covers

Fast Lane by Kristen Ashley. My thoughts are everywhere, this book was magnificent, nothing short of another KA masterpiece. For long time KA fans this book will in my opinion surprise you. It is not the traditional equation of Kristen’s writing which is always equivalent to pure magic. The numbers may be different but the sum will always be the same, delivering an amazing read that can take you on a whirlwind and make you, laugh, cry, yearn, and rejoice all throughout the telling of this story of Preacher, Lyla, and the roadmasters.

Fast Lane is for everyone, a longtime fan of Ms. Ashley, a reader who perhaps has yet to be enthralled with her storytelling, and the KA virgin who has yet to discover the Magic that is the talent of Kristen Ashley. For this long-time fan of the Queen of Romance, this was KA at her best and yet such a refreshing nuance in her writing style. It is quite an achievement that after devouring all 69 of her works I could be so very surprised by this complete shift in her writing style. All this means to me is that for all the thoughts that she has mastered a winning formula, that is not an accurate statement. Kristen simply is a master of the written word in any way she chooses to weave her tale.

I refuse to give you any clues to spoil the beauty of Fast Lane instead I will tell you what Ms. Ashley’s work has meant and done for me. The power her words hold. 3 years ago, the first love of my life, my grandmother was diagnosed with stage 4 colon cancer. For the grace of god, I was able to walk with her through her last season on this earth though the very end. Through every appointment, every treatment, being her health care proxy, making every single last decision. Nothing in my life could have ever prepared me for how extremely hard that year would be. Those 13 months were not about me, all that mattered was that I showed up for her in any way she needed me, every time she needed me. She fought the BIG fight; she was a warrior. I pray that If put to the test I may have just a sliver of that strength. I was strong and never ever waivered in front of my Queen. During those 13 months when I needed to escape the horror and sadness that was the reality of losing my grandmother, I always turned to a reread of a Kristen Ashley book. Kristen’s works allowed me to escape and recoup for the next round, to calm the storm that raged in my mind. I will be forever grateful that she shared her talent always but especially for helping me keep my sanity in check during the most difficult 13 months of my life and the 2 years following my grandmothers passing through present day. Her words woven in her way hold that much power, hold that much magic. I ask you please do not deprive yourself from this masterpiece. Pick it up, one click on amazon, however, whichever is your way just make sure to get your copy of Fast Lane today. YOU WILL NOT REGRET IT!!! 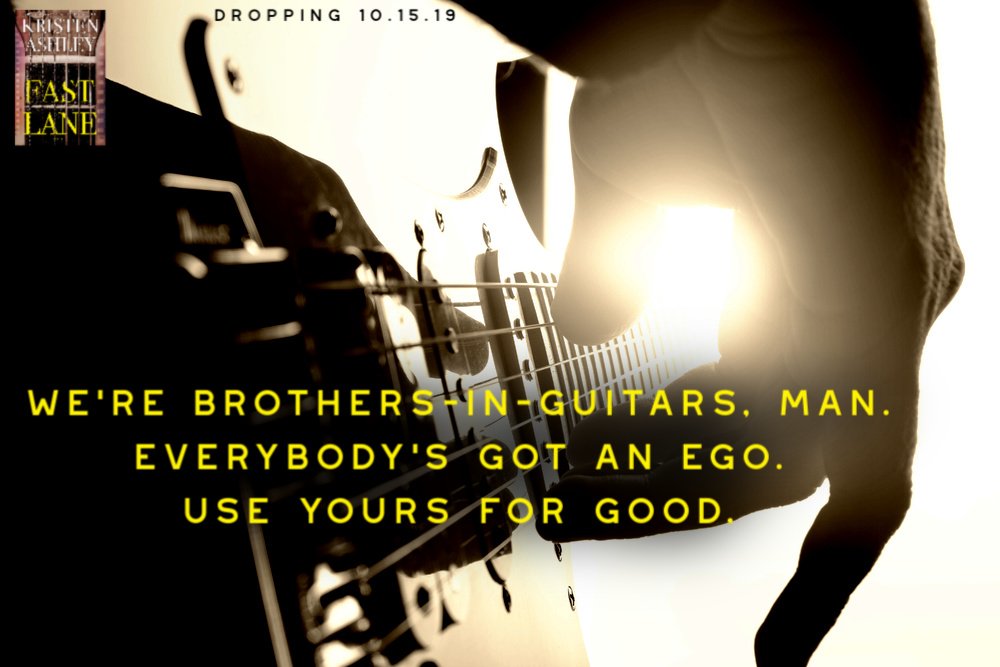 Preach was an equal opportunity, benevolent almost-rock god.
I remember seeing him with his jeans bunched up to his knees, sitting on the side of the pool, his feet and calves in the water, her friends barely clothed in the water, wet and hanging off his legs and his every word, and he’d glance over at her.
When he was in the mood to spread his love, everyone was invited.
We all were nailing serious tail, but I don’t think anybody but Dave had had a threesome.
But that was not unusual for Preach.
Or more, you know?
That night, I had one girl, he had two, three were in with Tim and Dave, tripping, and Tommy was fucking another one in what we would find out later was one of the girls’ dad’s waterbed.
And looking back, I knew Preacher was more into her than the two he had.
I also got why.
Kind of.


Now, again, it was the eighties. We’re talkin’ Jane Fonda workout videos and Jamie Lee Curtis in that movie Perfect and one-pieces making a comeback because the legs were cut so far up the hips, a girl had to shave.
And Lyla was not…
[Pause]
That.
I mean, there was a reason anorexia became prevalent during that decade and didn’t let go. It wasn’t right, it wasn’t good, but it was the way it was.
But Lyla was not that way.
Tits and ass.
A lot.
Of both.
And, from what I could tell that night, bad attitude.
But fuck, the longer the night wore on, Preacher couldn’t keep his eyes off her.
She’d do a lap to clean up ashtrays or beer bottles or whatever the fuck, and honest to Christ, he didn’t miss a step.
Not that first step.
She had what they now politically correctly, but also, it’s gotta be said, just plain correctly call curves.
Freddie Mercury called them fat-bottomed girls.
But man, she was pretty.
Lotsa hair.
Perfect skin.
You know, and a way about her.
It was part that attitude.
Part the mystery.
You know, tell a man, “don’t touch, you’ll get burned,” he’ll become obsessed with the fire. It’s just how it is.
She screamed don’t touch.
And Preacher, man…
Preacher could be obsessive.
In a big way.

But it was the eyes.
I gotta believe, and this would prove true, in a way, if it wasn’t Preach, it would be somebody. Another rock star. A photographer. A painter. Someone would fall in the muse of Lyla’s eyes.
But as you know, it was Preacher. 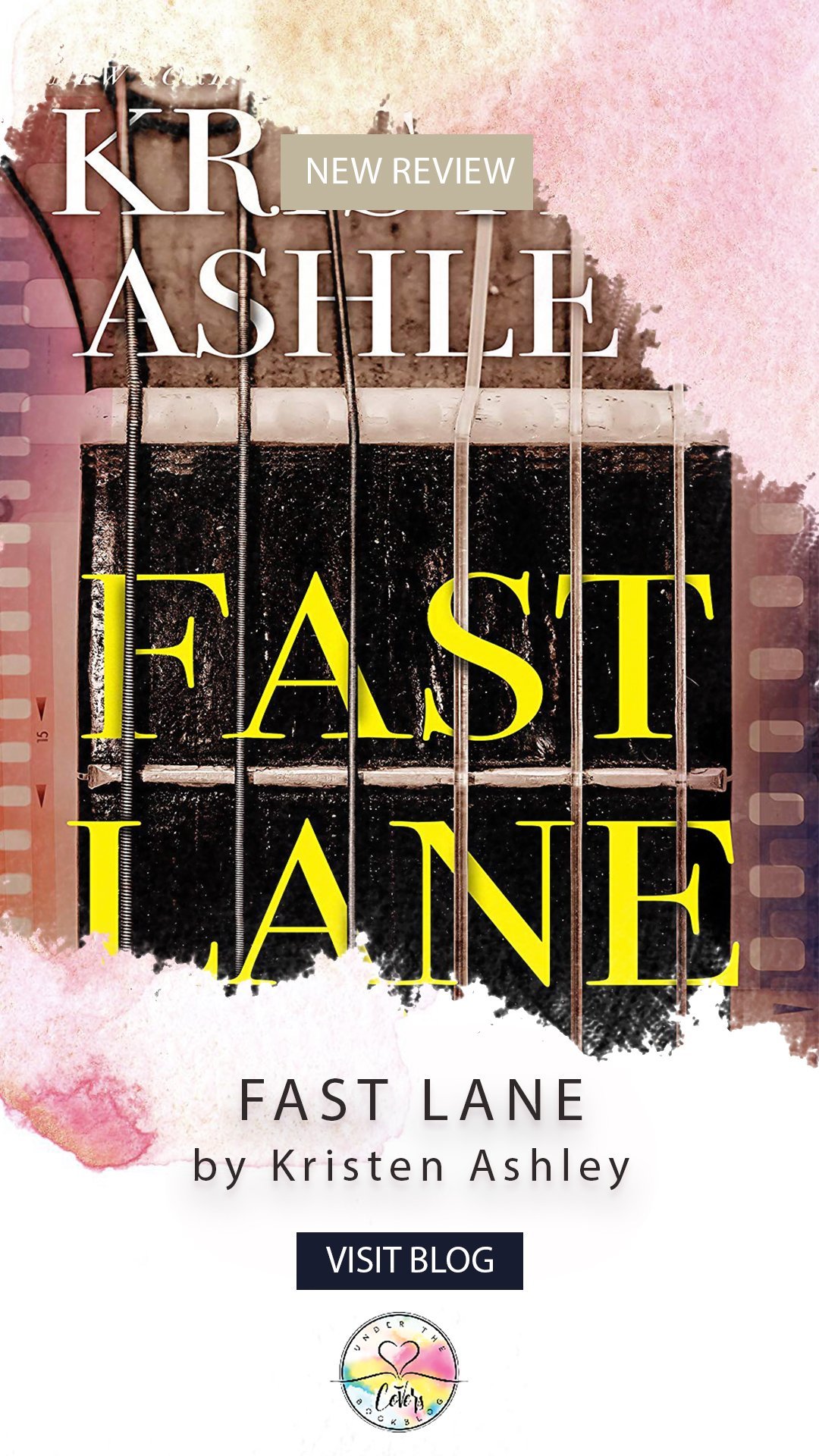 I’m glad you’ve had something to turn to in times of need. Books are awesome like that.

Thank you for the review. I’d already ordered my print edition.
I agree that KA weaves her tales in such a way, you forget the outside world.
Condolences re your grandmother.

Sorry for your loss Pilar. Thank you for the review.

Kristen Ashley is hands down my favourite author! I am a Nigerian who came in contact with her work last year (2018) and I have read EVERY single KA book (well, except for Mathilda). She pulls at all your emotions and I have reread a great of her books. Like you said, her stories and the way she handles words, has gotten me through some very difficult times. They are a COMFORT! And you just can’t get enough! I just finished reading, “FAST LANE”. and I wish it didn’t have to end!

Thanks for the review, I plan to start this book this weekend.