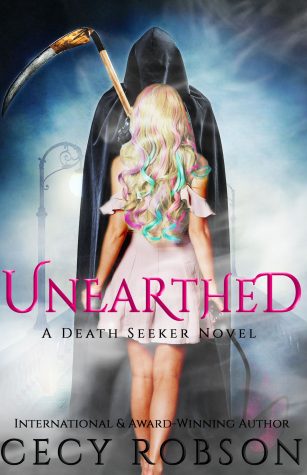 “I truly enjoyed Cecy Robson’s take on Life, Death, and the world of Fae”

Olivia, a plane Jane Fae with multicolored hair was more than anyone expected.   She comes from a family of power and magic but since crossing over the human world, she has no magic to speak of.  When the the talismans that hid the Fae from the Death Hounds failed, Olivia’s true colors came out along with the dormant power she’s been looking for. She is more than anyone expected. In fact, she happens to be their savior.

I was very excited to find out that Cecy Robson was working on another UF novel.  Given that I loved her Weird Girls series, I had high expectations. Though the series are very different from each other, Unearthed has the potential to be just as good.  I love the characters she created here. They are all very smart, funny, and so very easy to like. Olivia, the heroine made me laugh and I liked how smart she she is. Her easy banters with other characters were even more hilarious.  The hero is Death himself and he is everything I imagine a sexy human version of death would be. Strong, powerful, broody, and with a tortured past. I can’t get enough of him.

The relationship between Olivia and Ryker was exciting and sweet. Don’t get me wrong, these characters or their story are anything but sappy.  They are kick ass protagonists and I predict an even better sequel to this book. I’l be honest, this book reminds me of Darynda Jones’ Charley Davidson series.  They’re not exact but certainly a very welcomed similar vibe.

I truly enjoyed Cecy Robson’s take on Life, Death, and the world of Fae.  Robson packed this book with humor and action that had me holding my breath.   It had a slow start but once you crossover halfway mark, get ready to be wowed.

Fae was once a flourishing paradise. Until Death turned greedy and destroyed it, targeting the creatures who inhabited it. Those who survived escaped to Earth’s realm, but Death wasn’t far behind . . .

Olivia Finn is just another pixie trying to blend in among humans and hide from the death hounds who devoured her family. Clinging to the talisman that keeps her veiled from those who hunt her, she believes she is safe. . .. Until Death finds her and discovers she’s immune to its grip.

Now that Olivia’s power is unearthed, she is sought by Fae who see her as their savior and stalked by dark entities compelled to destroy her. Can she trust the King of the Dead who has sworn to train and protect her? Or should she obey her instincts that warn he desires more?

Olivia can no longer hide from Death. To survive, she must seek it.

…in the Glen a nightclub where the Fae like to gather

Lights flash and magical mist pours across the dance floor, allowing privacy to those desperate for touch. Fae aren’t plentiful, and neither are establishments for us to gather. That’s what makes the Glen fun. It doesn’t just bring my kind together, it frees us. No glamour, no pretending. We discuss magic and the old realm, curse Death for destroying it and celebrate our survival.

With a shimmy and a shake, lavender and silver wings sprout from Dahlia’s back. She stretches, relishing the feel of simply being herself. She winks at me, her glimmering lavender eyes and lips radiant.

A drunk mountain troll stumbles between us. She releases my hand, allowing him through before clasping my hand and guiding us through the gyrating swarm of bodies. “Let’s have a drink, darling.”

I squeeze her hand. Fae are affectionate beings. In the human world, we cage our need to caress, embrace, and make love. It’s a way to keep our identities secret and another way to prevent Death from finding us.

Bill’s broken glamour was a result of a stolen kiss. It revealed his form to a human and worst of all damaged his talisman. Our talismans remain the only way to hide from those who hunt us. Without them, it’s a death warrant with our executioners often seconds from being collected.

A banshee sprints away from the bar and through the swarm of Fae. With all the grace of a swan, she leaps into the air and straddles the male who entered behind us. “David!” she screeches. “Sorry,” she adds when we groan and cover our ears.

“David” loses his tiny accountant persona, morphing into a giant cyclops with a long blond Mohawk. He laughs, catching the banshee when her legs break free of his widening waist.

She screeches. Again. The thought of that voice in the throes of passion makes me cringe. “David is going to need serious earplugs to get through the night,” I mutter.

Dahlia giggles, her laughter like wind chimes in the soft breeze. “Perhaps. But it will be worth it, darling,” she sings. 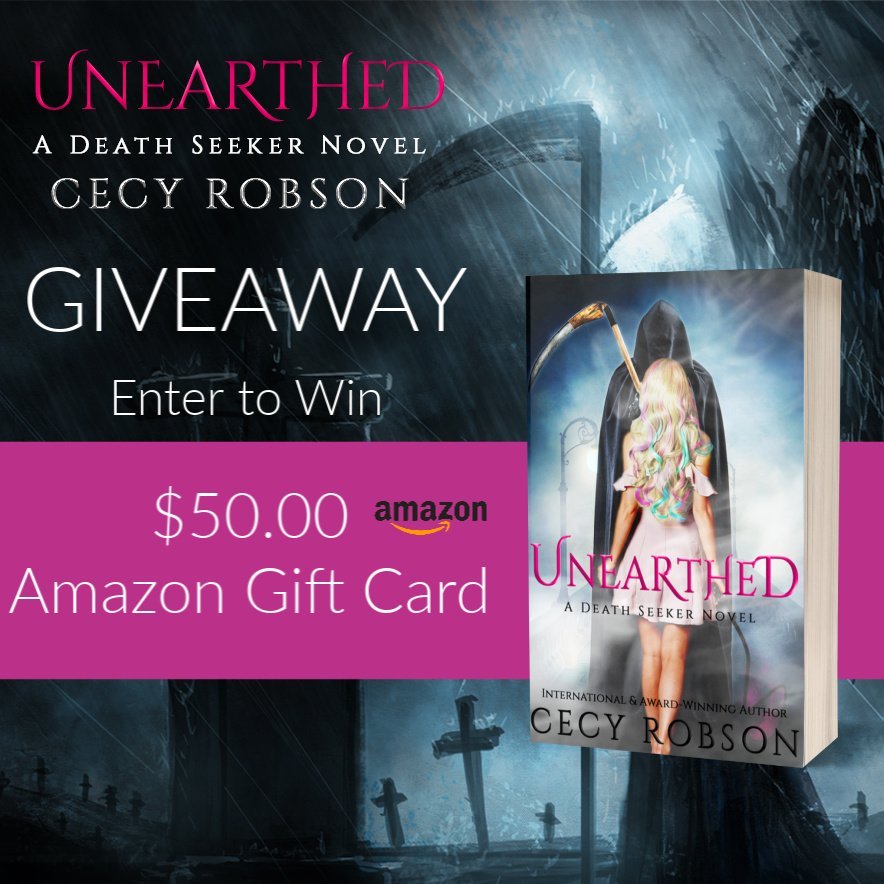 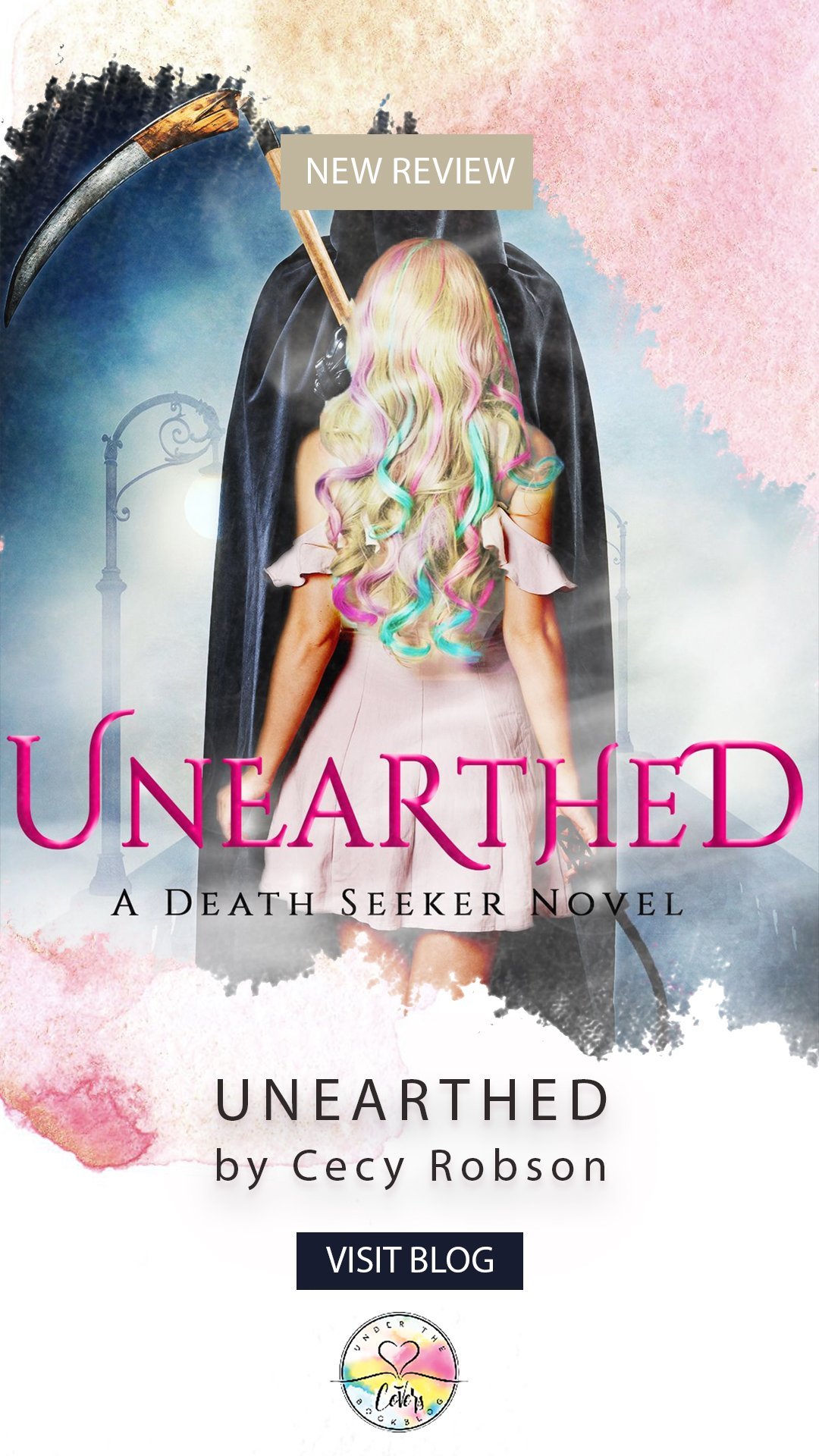 I thought this one was quite fantastic, too. Broody Death and perky Livvy are fab! 🙂

I cant wait to read this new release ! And i LOVE this cover !

I really enjoyed the dynamic between Olivia and Ryker and I’m excited for more books in this series!

Thanks for the review and excerpt.

This looks like a nice book. Thanks for the excerpt, UTC! ?