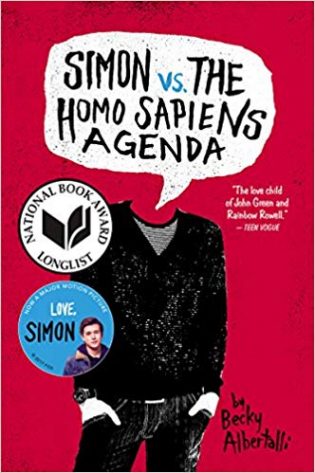 Simon vs. the Homo Sapiens Agenda
by Becky Albertalli

“…funny, insightful and heart-warming. ”
~ Under the Covers

Sixteen-year-old Simon Spier has a secret. He’s gay. He knows that if he told his family and friends they would be great, but he doesn’t want his sexuality to become the number one topic of discussion at home and school. He likes things exactly as they are. Well, almost exactly as they are. Because then there’s Blue. The guy he’s been emailing, all he knows about Blue is that he also attends his high school and, like him, is hiding his sexuality. So, with Blue he can be exactly who he is. However, his budding romance with Blue is put in jeopardy when Martin, the class clown, sees their emails and starts to blackmail Simon. If Simon doesn’t help him get the girl he likes he will show everyone at school their emails.

I’ve wanted to read Simon vs. the Homo Sapians Agenda for a while, but what had me wanting to pick it up was seeing the trailer for Love, Simon the film adaption of the book. It looked funny, insightful and heart-warming. And I was correct, both the book and the film were all of those things. As it was the film trailer that inspired me to read the book this review is going to be a little different. I ended up reading the book and then watching the film immediately after. And I mean immediately after. As I was drying my tears after finishing the book, I was loading the film on my tablet so that I could have another dose of Simon. As that’s the case, I wanted to talk both about what I thought and felt about Simon vs. the Homo Sapians Agenda and what I thought and felt about Love, Simon.

Let’s start with the book, Simon vs. Homo Sapians Agenda. I find myself once again reading a book where I feel like I am slightly too old to fully appreciate it (Fangirl by Rainbow Rowell left me with the same feeling). You know how I know that? I identified more with the parents than I did with the main characters. Ouch, believe me it stung a little when I realised this. Did that mean that I didn’t enjoy it? Of course not, I read it in about 2 sittings (and I only stopped as I had to go to work) and found myself immediately drawn into Simon’s journey. He was funny and full of teenage insight that made me laugh and reminisce about having similar thoughts and feelings.

But I still feel like I missed a moment and had I read it when I was actually feeling those things, rather then this book making me reminisce about them, I could see this book holding a special place on my bookshelf. Instead, I thought this was a funny and heartwarming young adult LGBT book that I will look back on fondly but never reread.

Now, the film Love, Simon. I confess, this is one of the times where I think I liked the film more than the book. The book I can’t decide between 3.5 or 4 stars. The film I have no hesitation in giving it 5 stars. I loved it. Although it doesn’t follow the story exactly, it managed to distil the feel of the book and channel it perfectly into the film. The struggle Simon has coming out to his friends and family, even though he knows they will be okay with him being gay. The relationship Simon has with his family and his friends. Even his life at school and search for Blue, it’s all beautifully written and portrayed for the screen.

The only thing I missed from the books was the emails, you see more of the nuances of Simon and Blue’s developing relationship, which grows through their emails to one another. For obvious reasons that’s hard to capture in a film. However, it does a pretty good job, but the romance between Blue and Simon doesn’t feel as prominent and organic in the film as it does in the book.

I am really glad I both read the book and watched the film, they both offer something wonderful and if you are planning to read the book you should definitely make sure you watch the film and vice versa. 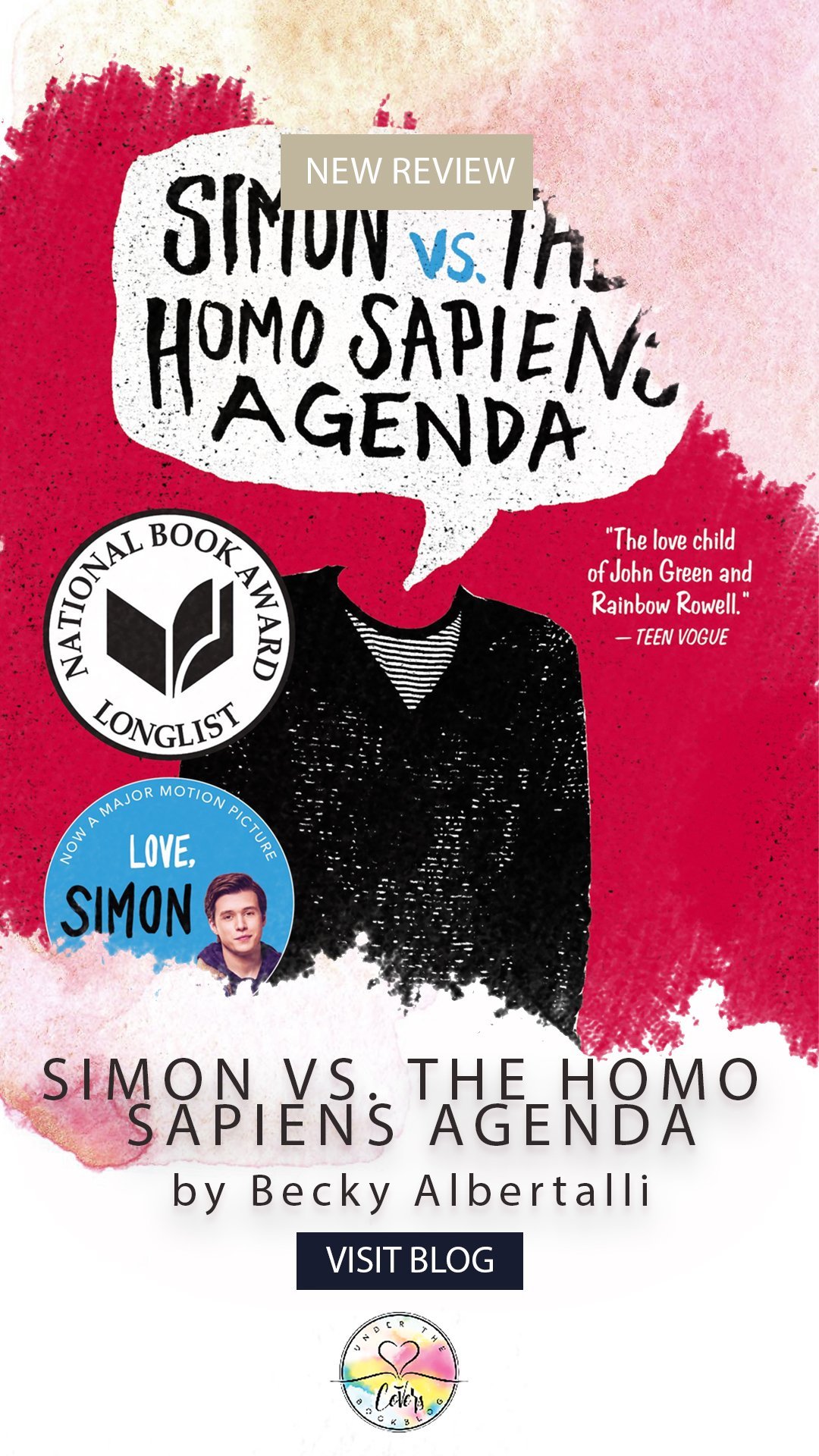 I’ve seen this book but, I confess, the title and the cover put me off and I never even read the premise :-/

I may have to remedy that. Thank you.