Join our newsletter to be the first to hear our latest news! Learn More
Home / Interviews / Interview and Giveaway with Alexa Martin 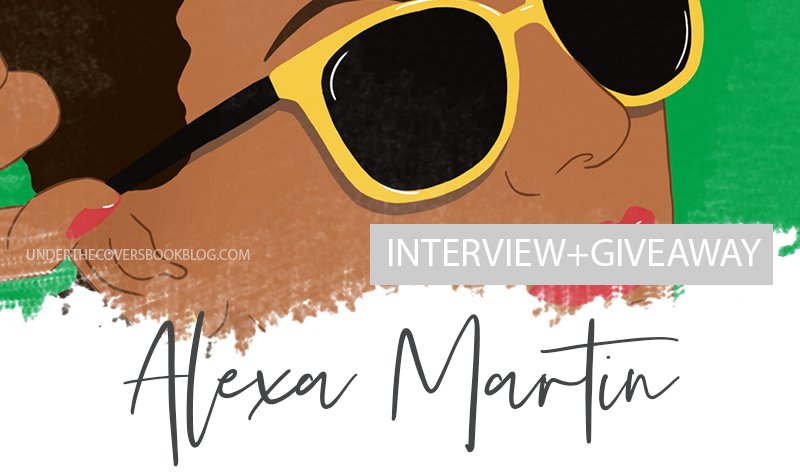 Welcome to Under the Covers Book Blog, Alexa! Congratulations on your newest release, FUMBLED! For readers who may be new to the series, please tell us about the Playbook series.

Thank you so much for having me! The Playbook Series is a football romance series. However, instead of focusing on the athletes and the sport itself, it focuses on the women who love them. Because my husband played in the NFL for eight years, I think I have a unique perspective to provide readers a pretty authentic behind the scenes look at the crazy world of professional football.

Poppy is such an excellent heroine. What would you say is your favorite quality of her character?

I love how she’s had a pretty hard life with being betrayed by people she loves, but still is quick to open her heart to others. She tries to come across as this tough woman, but she’s really such a kind person who loves hard.

Tell us more about TK Moore! What are his strengths? What is his biggest weakness?

TK is almost the exact opposite of Poppy. He has this exterior of this carefree, party guy, but he’s actually really afraid to open up and get hurt. I would say his strengths are that he has the kind of personality that can make friends with anyone, anywhere he goes. He can make anyone feel comfortable and welcome. His weakness might be the same. He’s so worried about being liked that he masks his true feelings and then he takes that out on the few people he does let all the way in.

If Poppy and TK could make friends with another fictional couple, who would you introduce them to and why?

For purely selfish reasons, Lee Nightingale and Indy Savage from Kristen Ashley’s Rock Chick. I think mixing the women from Fumbled with the Rock Chicks would be out of this world amazing… and TK would make a pretty awesome addition to the hot bunch.

Let’s talk music! Pick a theme song that would be perfect for this couple.

I listened to Happier by Marshmello featuring Bastille a lot while writing this book. I think for second chance romance, there’s still always that question as to whether or not you’re really meant to be. But once the black moment passed, Kings and Queens by Mat Kearney for sure.

This is your second release. Can you share with us a bit about your dream of becoming a romance author? How did it start and how was your experience from getting the call to the experience of seeing your book out in the wild?

My road to writing was so wild. If you would’ve told me ten years ago that I’d be a romance writer, I would’ve laughed in your face. My love for writing started when I created a blog to keep my family up to date on my kids while my husband was in the NFL and we were living in different states. But even then, writing more than a thousand or so words seemed crazy daunting. It wasn’t until I read Fifty Shades of Grey that I really come to love romance novels. After that series, I was like an addict and I couldn’t stop. But, as a biracial woman, I really struggled to see myself represented in most of the stories I read, so I decided to try and write my own.

It took me four years to finish the first draft of Intercepted!

Once I finished, I was lucky enough to be chosen for Pitch Wars (a writing mentor program) that changed my life. From there, everything was almost a blur. I rewrote Intercepted and signed with my agent in just under three months. I still remember getting the call from my agent that Berkley wanted to publish Intercepted. I was in the back of an Uber on my way to The Ripped Bodice. It was one of the best days of my life.

Seeing my book in the wild is something I’m not sure I’ll ever get used to. I haven’t been able to walk into Barnes and Noble without visiting my book… something that my kids thought was fun the first time, but annoying by the fifth. Seeing pictures on Instagram is surreal and I am forever grateful for everyone who has taken the time to read them.

Who are three of your auto buy authors?

Kristen Ashley, Rebekah Weatherspoon, and Alyssa Cole. They have never failed me!

What is your favorite trope to read?

I really love enemies to lovers. I just finished Faker by Sarah Smith and everything about that book made me unreasonably happy. I also love a secret baby!

What was the latest book you read and loved?

I am mildly obsessed with Katie Ruggle, so her newest release In Her Sights was amazing. And I think this might be cheating, but I read an ARC of Maxym Martineau’s upcoming debut Kingdom of Exiles and could not put it down! It was my first fantasy romance and now I think I’m addicted!

The project I’m putting together now is more of a women’s fiction book that focuses on female friendships, modern motherhood, and social media vs reality. I’m really loving it and hoping that it will make its way to readers!

That sounds amazing!  Thanks so much for sharing with us today! 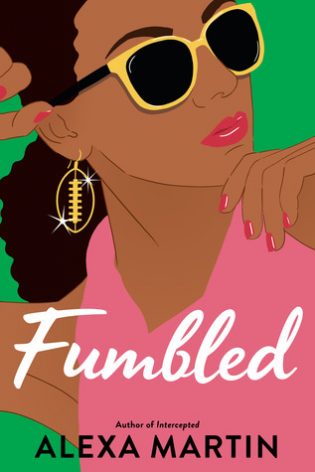 A second chance doesn't guarantee a touchdown in this new contemporary romance from the author of Intercepted.

Single-mother Poppy Patterson moved across the country when she was sixteen and pregnant to find a new normal. After years of hard work, she's built a life she loves. It may include a job at a nightclub, weekend soccer games, and more stretch marks than she anticipated, but it's all hers, and nobody can take that away. Well, except for one person.

TK Moore, the starting wide receiver for the Denver Mustangs, dreamt his entire life about being in the NFL. His world is football, parties, and women. Maybe at one point he thought his future would play out with his high school sweetheart by his side, but Poppy is long gone and he's moved on.

When Poppy and TK cross paths in the most unlikely of places, emotions they've suppressed for years come rushing back. But with all the secrets they never told each other lying between them, they'll need more than a dating playbook to help them navigate their relationship.

Alexa Martin is a writer and stay at home mom. She lives in Colorado with her husband, a former NFL player who now coaches at the high school where they met, their four children, and a German Shepherd. When she's not telling her kids to put their shoes on...again, you can find her catching up with her latest book boyfriend or on Pinterest pinning meals she'll probably never make. Her first book, Intercepted, was inspired by the eight years she spent as an NFL wife. 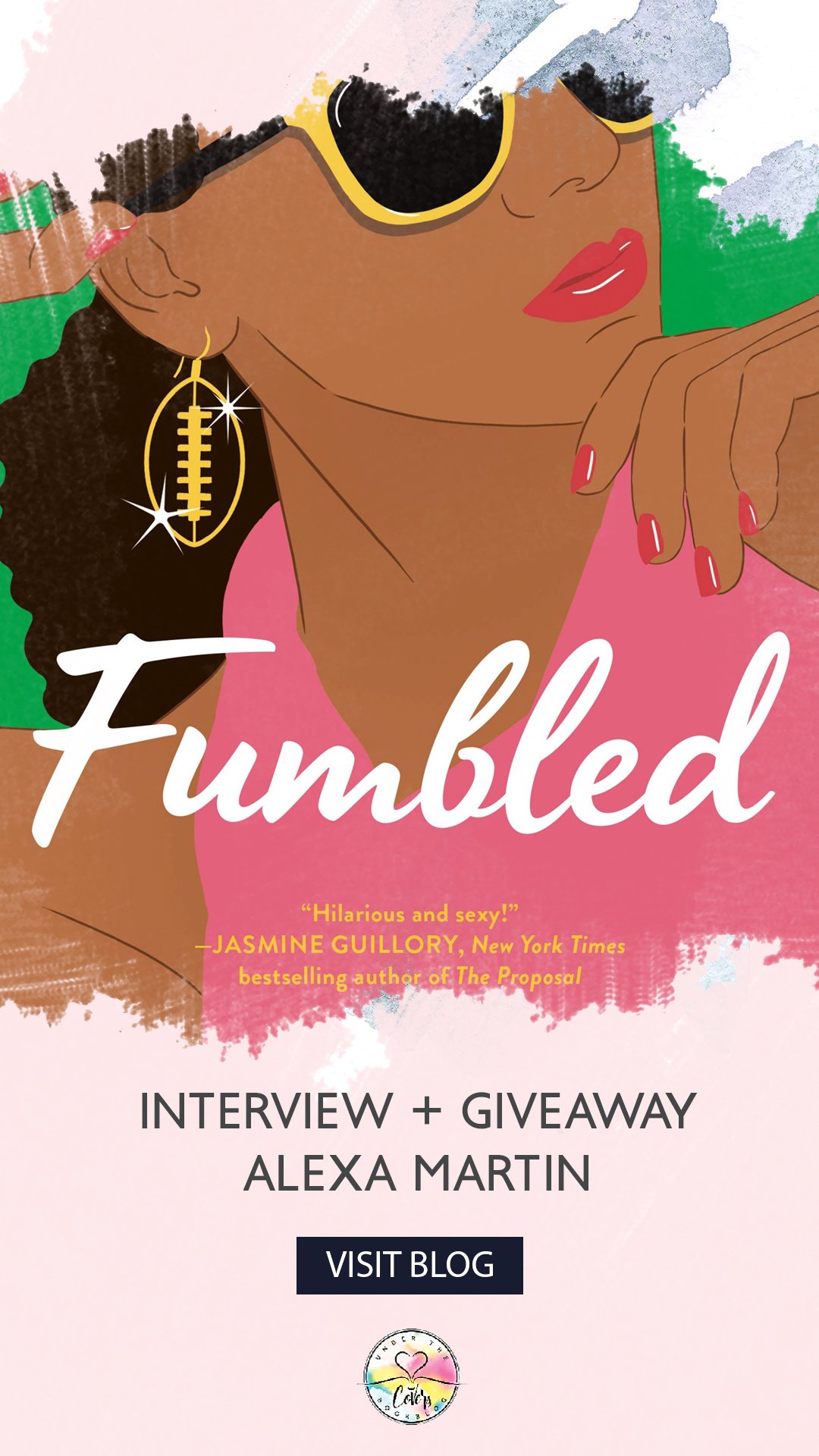 Loved the first book this author wrote and excited for fumbled! Thanks!

This book sounds awesome and Poppy seems like a great character!

So eager to read this!

I love football and I love secret babies so this book sounds perfect for me. Best wishes on the release.

I look forward to reading this.

I liked the first book and plan to check out this one.

This second book sound so good. Added to my tbr.

Cant wait for this one!