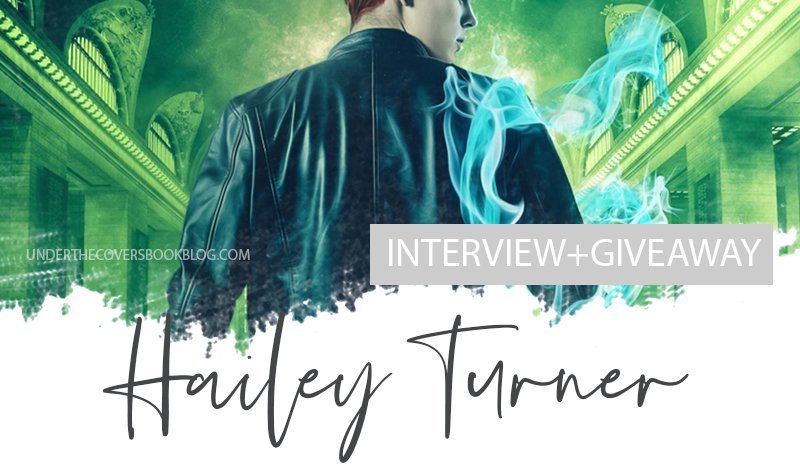 Welcome to Under the Covers, Hailey.  We are excited to be talking to you today about the second book in the Soulbound series.  A Ferry of Bones and Gold was really good and can’t wait to dive into the second.

Thank you for having me! I’m thrilled that I finally get to share All Souls Near & Nigh with everyone!

How would you describe Patrick and what is your favorite thing about his character?

Patrick is a wary guy who has gone through a lot and doesn’t trust easily, but once you have that trust, he will go to hell and back for you—literally. Patrick’s stubbornness is one of my favorite things about him, because it lends itself to both good and bad decisions for storytelling.

Do you have anyone in mind when you are writing your stories?  In particular for Patrick and Jonothon?

Not particularly. I tend to not build a character off a real-life famous person, though after each book is finished, I try to come up with Pinterest boards of characters for my readers. Those are more a general look of how I see the character in my head. They aren’t set in stone, because I like for a reader to imagine the characters how they like to see them. I will admit to having Jason Statham’s voice in my head for Jono’s accent.

For readers who haven’t yet discovered this series, how would you summarize it in a tweet?

Mix American Gods with Dresden Files, add a dash of gay romance, shake with your favorite action movie, and you’ve got Soulbound.

What inspires your book ideas?

If I’m writing science fiction, I try to build off of problems affecting the world today and imagine how that would translate decades or centuries into the future. Climate change is a big factor for me there, along with technology, in those stories.

If I’m writing urban fantasy, I’m probably diving into mythology. I love creation stories, old myths and legends, and the way so many different mythological figures and gods are shared through the ages by various civilizations. You can do a lot with mythology, and I like putting my own spin on the old stories out there.

What did you find easiest and hardest about writing this book?

The easiest was probably getting a good handle on Jono’s voice and personality since he had more POV chapters in this book. The hardest I would say was laying the groundwork for the series arc. There were some decisions made in the second book that will impact the rest of the series quite a bit, and I needed them to happen in a certain way without revealing too much.

I actually bought a brand-new MacBook Air after being a PC girl for all of my life. Gasp! I know, I’ve gone to the Mac side. It’s smaller than my old laptop, but that doesn’t stop my cats from lying on it. I have a proper desk that the cats like to nap and play on, especially when I’m trying to write.

If you could be best friends with one person in your book, who would it be?

Probably Nadine. She kicks ass, likes to travel, and enjoys a good drink.

Tell us three of your auto-buy authors.

Ooh, that’s a hard one. I have so many for different reasons. I’m going to go with Lily Morton for contemporary gay romance, Charlie Cochet for ensemble casts, and Patricia Briggs for PNR.

If you won $5,000 and could only spend it at one store, where would you spend it?

Tiffany’s! I bet you thought I’d say a book store, but if someone gave me five grand, I’d treat myself with something shiny and sparkly.

Currently hard at work on Soulbound 3.

Thank you for letting me stop by! 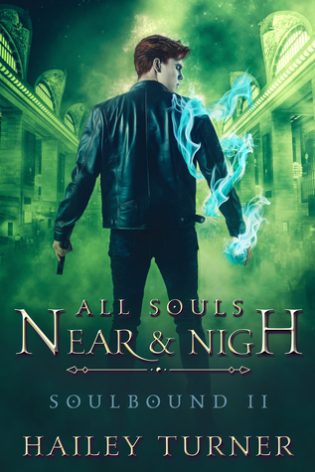 All Souls Near & Nigh
by Hailey Turner

You can’t bargain with death if you’ve already sold your soul.

Special Agent Patrick Collins has been reassigned by the Supernatural Operations Agency to New York City. Navigating his new relationship with Jonothon de Vere, the werewolf he’s now soulbound to, is nothing compared to dealing with territorial disputes between the vampires and werecreatures who call the five boroughs home. But the delicate treaties that have kept the preternatural world in check are fraying at the edges, and the fallout is spilling into the mundane world.

Manhattan’s club scene is overrun with the vampire drug known as shine and the subways have become a dumping ground for bodies. When the dead are revealed as missing werecreatures, Patrick and Jono find themselves entangled in pack politics twisted by vampire machinations.

Learning to trust each other comes with problems for both of them, and the gods with a stake in Patrick’s soul debt aren’t finished with him yet. Bound by promises they can’t break, Patrick and Jono must find a way to survive a threat that takes no prisoners and is stalking them relentlessly through the city streets.

Old and new betrayals are coming home to roost but the truth—buried in blood—is more poisonous than the lies being spun. Trying to outrun death is a nightmare—one Patrick may never wake up from.

All Souls Near & Nigh is a 104k word m/m urban fantasy with a gay romantic subplot and a HFN ending. It is a direct sequel to A Ferry of Bones & Gold, and reading the first book in the series would be helpful in enjoying this one. Please see the disclaimer at the beginning of the book for content some readers may find triggering.

Strong arms wrapped around his waist and a chin settled on top of his head. Patrick scowled into his coffee but couldn’t help slumping back against Jono.

“You don’t got to pay me for this. But you’ll need someone who’s actually seen the bloke to confirm it’s him before I handle any paperwork.”

“Lucky for us, you fit that bill.”

Jono sighed heavily, but didn’t protest Patrick’s pointed comment. “I’ll get dressed. Put the whiskey away and get a nicotine patch. You’re stroppy.”

“The fuck I’m stroppy,” Patrick muttered, taking a sip of his Irish coffee.

He still got the nicotine patch. 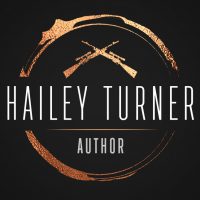 Hailey Turner is big city girl who spoils her cats rotten and has a demanding day job that she loves, but not as much as she loves writing. She’s been writing since she was a young child and enjoys reading almost as much as creating a new story. Hailey loves stories with lots of action, gritty relationships, and an eventual HEA that satisfies the heart.

You can keep up with Hailey's future projects by joining her newsletter, where you can instantly download the free Metahuman Files short story A Distant Devotion and the Soulbound short story Down A Twisted Path: http://eepurl.com/cAEejL 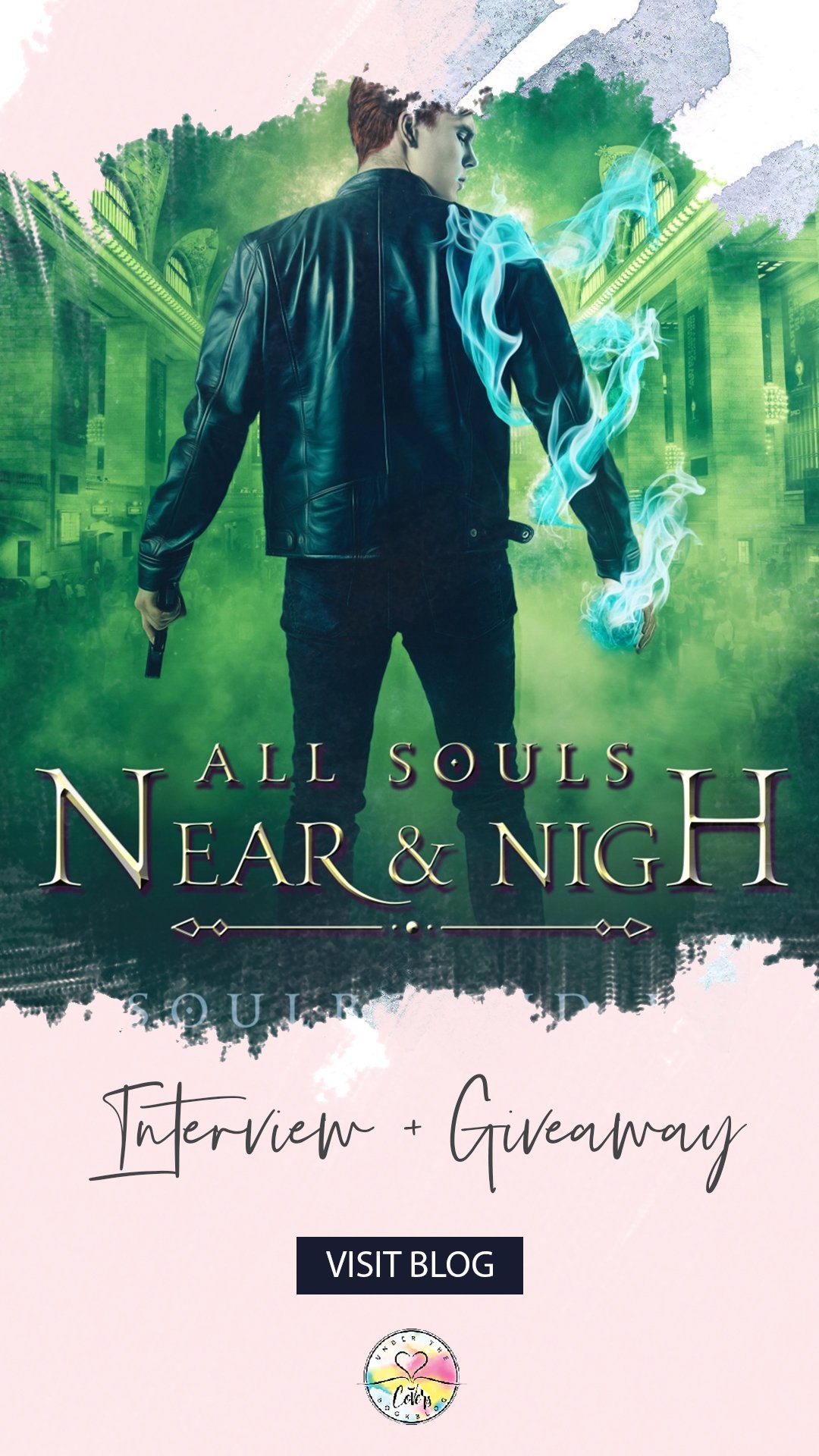 A Ferry of Bones and Gold is on my wishlist and I’ll be adding book 2. I wish these would be released in audio.

Hi Amy! I have plans to put the entire series into audiobooks, and as luck would have it, I’m proofing the final audiobook files for A Ferry of Bones & Gold right now! So it should be available early to mid-April if all goes well with Audible. The second book will hopefully be done in a couple months as well.

This series sounds good and I really like that excerpt 🙂

I loved the first book in the series and can’t wait to read this one!!

What a fascinating book! Great interview. Thanks for sharing.

New M/M series for me, and paranormal Bonus!!!

ooohh I like the sound of this series. A new to me author and series to explore.