Join our newsletter to be the first to hear our latest news! Learn More
Home / Reading on the Dark Side / Most Anticipated Films of 2019 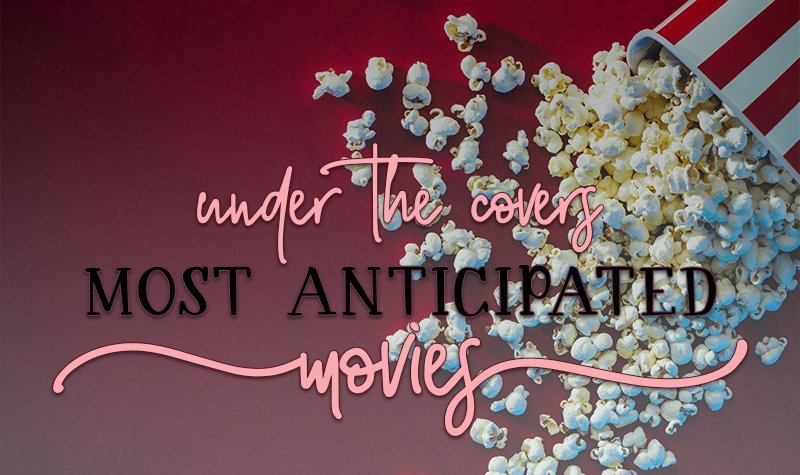 Books will always remain my number one love. However, I do love going to the cinema. I grab a bag of popcorn bigger than my head whilst juggling a humongous cup of coke and then I can settle in and watch the latest release. It’s a lot of fun. There were some great films out in 2018, but now I am looking forward to seeing what’s to come this year. So, these are my most anticipated films being released in 2019.

I am so excited for this one! Although Shymalan hasn’t always hit the spot with his films he has done some iconic work; Signs, The Sixth Sense and more recently the excellent Split where James McAvoy was fantastic. Glass brings his two films Unbreakable and Split together and I can’t wait to see what happens.

I saw the trailer for this one when I went to the cinema to see Aquaman. I hadn’t heard of it, either the film or the manga it is based on before. But the film looks stunning. I really hope that the story and the acting is as good as the aesthetics of the film.

The reason I am excited about this one is because I adore the Chaos Walking trilogy by Patrick Ness. It’s fantastic. It’s a dystopian sci fi young adult trilogy which absolutely blew me away. I will be interested in seeing it put on the silver screen, it’s not a set of books I ever thought would catch a film makers eyes. I recommend before going to see the films to give the books a read, they aren’t always easy but they are worth it.

I couldn’t find a trailer for this one yet, but here are the books:

What would a most anticipated films list be without a Marvel film? I am a massive fan of all the superhero films I watch them all. Some are definitely better than others but I love the high paced action and the battles between good and evil, it’s a lot of fun. I am particularly excited about Captain Marvel, we need some good female superheroes, DC picked up the torch with Wonder Woman and now Marvel are continuing it.

This may be the film that I am looking forward to the most this year. I loved the 2004 film with Rob Perlman so it will be interesting to see if David Harbour can pull it off. Whatever happens I just know I am super excited to see the wise cracking red guy on the screen.

I need to see what happens next. Did anyone else leave the cinema after Infinity War mouth agape wondering how they were going to wait to see what happened next? Who survives…who doesn’t…was this Dr Strange’s plan all along…? Soon all our questions will be answered!

I never got into the Pokemon Go craze, but I did used to love the cartoon when I was little. I used to watch it before going to school, so Pokemon does illicit a feeling of nostalgia for me. Which, is why I cannot wait to see this film, it looks like a lot of fun. Ryan Reynolds voicing Pikachu…genius!

Aladdin was one of my favourite Disney films when I was growing up. I loved the songs, the story and Robin Williams fantastic voice work as the genie. I look forward to seeing the live action version of the film, hopefully I will like it as much as the Disney classic.

Although I am looking forward to this film…I have low expectations. Did anyone watch The Meg this year? About a pre-historic shark attacking people. It was cheesy and awful but I loved it. That’s what I am expecting from Godzilla: King of the Monsters it’s going to be a monster film and I expect to enjoy the ridiculousness as much as the balls to the wall action.

The X-Men have always been my favourite superhero group, mainly because I used to love the animated series when I was younger. So, when a new X-Men film comes out I am always excited about it, it has a fantastic cast and I expect to enjoy the heck out this film.

I adore the first Men in Black film with Will Smith and Tommy Lee Jones…I try to ignore the ones afterwards, but the first film was great. It was funny, full of aliens and action and I loved it. With this revamp, I hope that capture what made the first film so fantastic and with Chris Hemsworth and Tessa Thompson in lead roles I have high hopes.

Ah Spiderman, the most relateable of all superheroes. Tom Holland does such a great job with Peter Parker he manages to capture that teen awkward sincerity perfectly. I thought Spider-Man: Homecoming was one of the best Spider-Man films to date. His appearance in the Avengers films also added a lot of heart to the films and so I am expecting great things from this film.

This has got some great actors doing voice work and although The Lion King has never been a big favourite of mine, I am excited to see how they do with this reinvention. Damn it…I now have Circle of Life playing in my head!

Hurray for 2019…two X-Men films! Although I swear I thought this one was supposed to be out last year. This is such an interesting idea, rather than being an action packed superhero film, The New Mutants take a more psychological thriller angle. It looks like it’s packed with lots of jumps and few scares, I look forward to seeing it.

I haven’t read the Artemis Fowl by Eoin Colfer books but I have heard of them and I am also interested in book to film adaptions. This isn’t out till August so I may give the first few Artemis Fowl books a go before it comes out. Either way, I love the idea of a 12 year old genius and criminal mastermind and it will be interesting to see it translated on screen.

I loved Zombieland! I went to see it at the cinema not expecting much, but came out knowing I had watched something amazing. The zombie film genre is packed full of different types of films from full on horror films to those that treat it like a disaster film (World War Z) and even a romance (Warm Bodies), but Zombieland’s  approach was somehow unique. It managed  to be a coming of age, comedy horror with a lot of heart and a couple of scares. I really hope that Zombieland 2 manages to replicate that magic.

Can anyone do the joker better than the late Heath Ledger? Jared Leto tried and (in my opinion) failed and now Joaquin Phoenix is giving it a try. This film picks a different perspective on the Batman villain and it will be interesting to see how it plays out. Will it just be more pretension by Joaquin Phoenix? I certainly hope not.

What films are you looking forward to?

I haven’t been to the movies in years. Maybe something will come our this year to change that.

Awesome list!! Can’t wait for Hellboy and The lion king!!! Shared on all my socials!!??

I’m not sure I’m into any of those

Captain Marvel, Wonder Woman 2, How to Train Your Dragon 3, and Avengers Endgame are the movies so far I’m looking forward to.