Fantasy romance isn’t a genre that you see around very often. There are plenty of fantastic straight up fantasy genre books around, but when you wanted something where romance somehow plays a pivotal role, then it can be slim pickings. However, in recent times there have been some great fantasy romances out and whilst reading one of them, it reminded me of a series I read years ago.

The new release I was reading was Phoenix Unbound by Grace Draven. In this series we are introduced to a new world, a world where a cruel Empire rife with corruption carries out atrocities on its people. Gilene is a village woman and a fire witch who knows the Empire’s cruelty intimately. As is Azarion; he’s a slave and gladiator who has managed to survive in the pits, and the Empress’ depraved attentions for the last 10 years. But now he has an escape plan and Gilene is part of it whether she likes it or not.

This was a good read, it mixes all the great things about fantasy; a magical new world, action and political intrigue with romance. The romance builds through the book as Azarion and Gilene travel together, she as his hostage…at first. He needs her, as a fire witch, to help build his place back up in his clan. His clan regard fire witches as priestesses of their goddess and having one with him will be seen as a blessing. I loved reading the struggle between them even as they slowly tumble into love.

This book is also great if you like your fantasy to have some action in it. There was plenty of swords and sorcery, as well as a few epic battles to get your blood pumping. This series is just beginning but it looks like it is going to be an exciting, dangerous and romantic journey.

And, if you love it, you are bound to love this…

If you like the sound of the Fallen Empire series, then you need to give Elizabeth Vaughan’s Chronicles of the Warlands a try. Draven’s series bears a few similarities to this series which may appeal:

Of course there are also plenty of differences, Vaughan’s series is more romantic and less gritty then Draven’s and the hero and heroine’s characters are vastly different. But it bears enough resemblance that if you liked one then you should definitely give the other a try. Although it has been years since I have read these books, I did really enjoy them, they were romantic, had some action and humour – something that Draven’s book was lacking – as well as some really good secondary characters.

At this point I should probably give a disclaimer! I have only read the first 3 books in Elizabeth Vaughan’s series all of which follow the same couple. The other books in the series focus on other characters that are present in the series and they are still romances. I really need to get round to catching up!

Read our reviews of this series

Chronicles of the Warlands by Elizabeth Vaughan 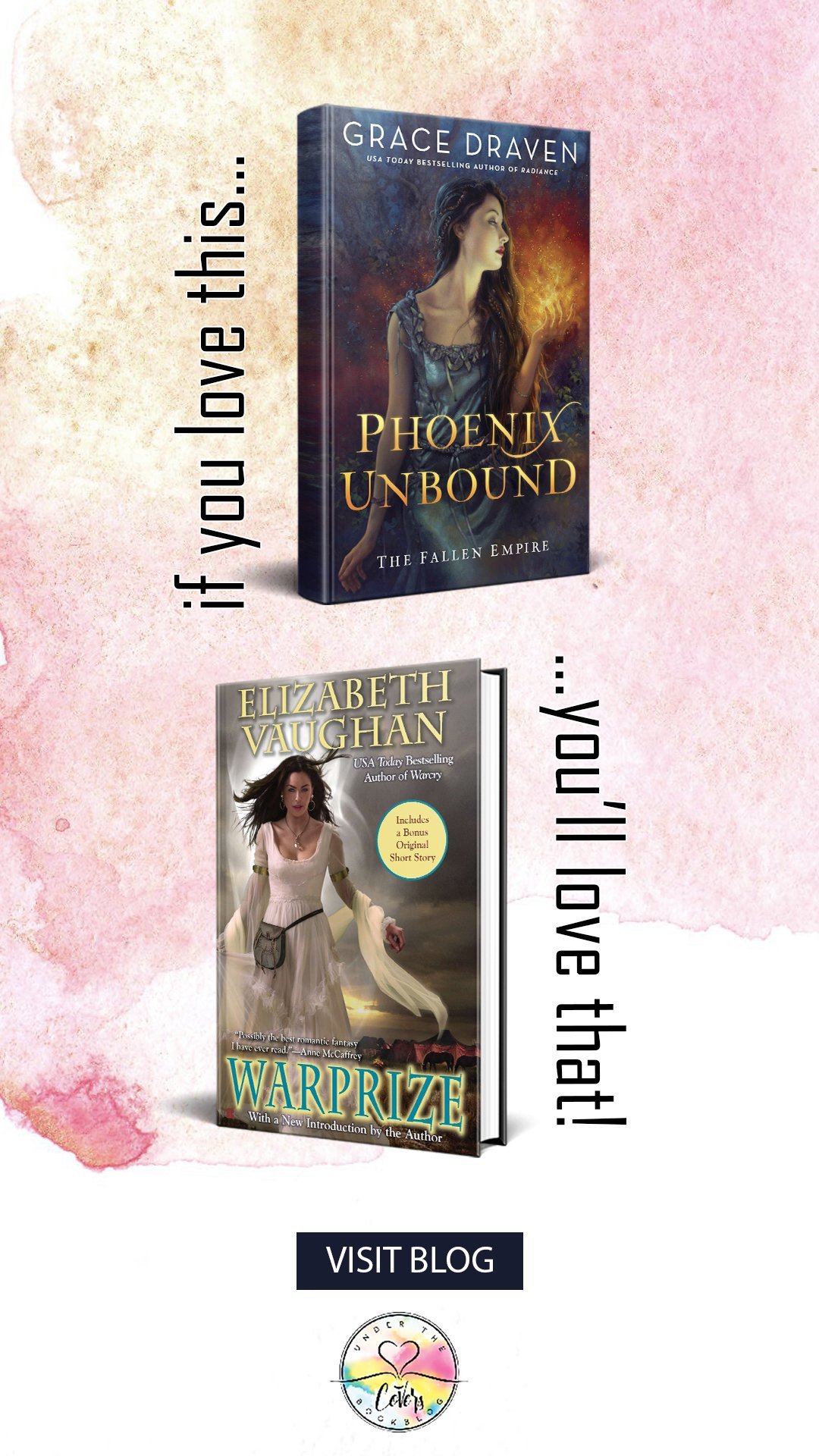 yes! my library has the first 4 books of Elizabeth’s series!

I have phoenix unbound on my tbr but elizabeth vaughn’s series sounds good too. Thanks for comparisons.

I loved the Elizabeth Vaughn series. I devoured War Prize. It had a similar vibe to it as Kristen Ashley’s The Golden Dynasty. I read the next two but need to catch up on the rest. I’ve never read Grace Draven. My TBR list just got bigger. Thanks.

I love the Warlands series!

I loved the Elizabeth Vaughn series.