Do you know what some of the most commonly asked questions are? Genre questions. Either asking us what genre a certain book or series is in, or what exactly is that genre. After spending so much time immersed in the world of romance, it has become second nature to instantly catergorise books into their respective genre, or sub-genre. Just a glance at the blurb, or even just the cover then I can tell you what genre it will be. Of course, not everything is black and white and not every book is so easy to label, but a majority are.

We have previously done a very concise guide about genres giving an overview of each, but we decided to take each genre and do a more general and indepth guide. In this, we will tell you the definition of the genre, what types of characters you may expect to see, popular troupes within a genre, some of our favourite authors and series within this genre. And anything else we can think of! By the end of the guide you should be able to tell what book is what and have a few recommendations to pick up.

The seventh chapter in this guide is *drum roll please*

The main characteristic of a fantasy novel is that the setting is completely fictionalised. If you look this up in Wikipedia, you will see the phrase “speculative fiction” bandied about; in other words the author makes it up. They create a world often imbued with magic and the paranormal and then plonk their characters in it. Often the characters will also have some magical aspect to them as well normally being either a separate race to humans, such as the classic elves or dwarves, or they are mages, magicians or sorcerers.

A fantasy can be defined as a story where the world it’s set in is completely fictional. Magic is normally present, however, it is not essential.

Fantasy doesn’t always have to involve magic or elves and dwarves. Although most of them do involve magic in some fashion. The main caveat for a fantasy is that it isn’t set on earth but rather a new land, for example Middle Earth by Tolkien, created from the authors imagination. Which is why often you will find a map at the beginning of a fantasy book. Romance is also not an essential element, although there are plenty of fantastic fantasy romances out there.

Here’s a basic checklist of all the elements that make an fantasy:

It set in a different world fabricated from the author imagination. If it is set in this world then it is not a fantasy and is likely an urban fantasy or paranormal romance.

If a book has the above characteristic then you have yourself a fantasy. It seems so simple, but I have found that this rule works when separating fantasy from other genres.

I tried to think of exceptions to this rule, any series that manage to bend this hard and fast rule that fantasy is always set in an entirely fictional world. And damn it I found a series that manages to confuse the issue. And damn it, it’s a series I love. It’s The Edge series by Ilona Andrews, which is a mixture of paranormal romance and fantasy.

The premise of the series is that there are two worlds that overlap, the Broken, our world, and the Weird, where magic is rampant. There there is the Edge, which is where the Broken and the Weird meet and people live between both the worlds. Most people in the Broken don’t know about the Weird and vice versa. It’s a great idea and is a fantastic setting for a series. As for defining it…I have it on my paranormal romance shelf as some of it is set in the Broken, there’s a HEA at the end of each book and there are paranormal elements.  But, I also have it on my fantasy shelf as a large proportion of this series takes place in the Weird or the Edge, which is a fictional world.

To make it even more complex…if you have read Ilona Andrews sci fi series The Innkeeper Chronicles you will recognise some of the characters from The Edge series. Meaning it manages to hit on paranormal romance, fantasy and sci fi. Ilona Andrews does enjoy amazing and confusing us!

Characters you may meet…

I started my reading career by delving into fantasy books, so I am going classic fantasy with this cast of characters! 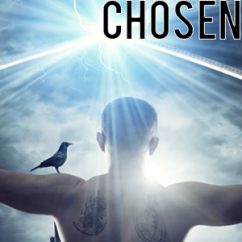 Fantasy has a lot of prophecy. Which means that you can’t go far with out bumping into The Chosen One. This unlikely person, usually a young man or woman, has a big destiny ahead of them. Unfortunately for the poor Chosen One they normally don’t have a clue, they, along with the reader, have to learn about it as they go. Usually they need to find the important thing, unite the lands, lead a revolt against the tyrant…their to do list is longer than mine. 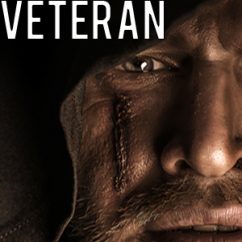 Fantasy novels usually involve a quest. Finding an important magical object, or maybe a special sword that will unite the land. And, if you’re going on a quest your main protagonist – usually the Chosen One – needs some good companions. A companion you’ll see pop up again and again is the Weary Adventurer. He maybe a grizzled veteran, a cynical rogue or perhaps an old sorcerer, whoever he is he’s seen the world and will dispense his wisdom and expertise to our hero or heroine as they journey into danger together. 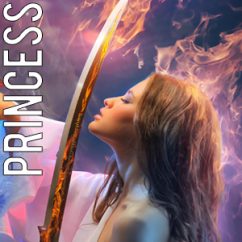 A book needs a feisty female character and a rebellious princess – or noblewoman – is a popular choice. Unhappy with a life full of rules and restrictions our princess longs for more than politics and court life. She could be a powerful magic user or have swordsman ship skills equal or better than any man. She feels undervalued and sidelined in her own life. The Feisty Princess and the Chosen One can often be the same person. Either way, as a companion or the main protagonist our princess has an exciting time ahead!

I love fantasy books, whether romance or more classical fantasy I adore it. The author has license to create a completely new world packed with magic, mayhem and adventure; it’s a perfect mix. It can give you uplifting stories of bravery and friendship, gritty and harsh battles as well as some epic romance. It has a little bit for everyone.

Here are some great fantasy romances we recommend you give a try. If you fancy any straight up fantasy novels let me know in the comments and I will happily unleash a deluge of recommendations!

What are your favourite fantasy books?

Thanks for the post, I love when you do these guides.

The legend of drizzt by r a salvatore is one o fmy favorite fantasy series.

Thanks for the recs! Love Jeffe Kennedy’s Twelve Kingdoms series and the spinoffs

Lol, required reading list? Love it! ? Great article! Picked up some new recs to check out!

I love Fantasy books. Maria V. Snyder’s Study series is the best, Jim Butcher’s Codex Alera Series has hints of Rome mythology seeded within the series that is just fantastic and the world building is out of this world.

You mentioned lots of great books including some I’d forgotten about like Kushiel’s Dart which I haven’t read in years. One of my favorite fantasy series is Kristen Ashley’s Fantasyland. I’m due for a reread of that one too.

Awesome guild!!! Some really awesome recommendations too! Ty! Shared on my socials!??