Join our newsletter to be the first to hear our latest news! Learn More
Home / Challenges / Pick It For Me Challenge: November 2018

Each month one of us girls at UTC will pick a random book for another one to read.  The next month, we will do a mini review and give you guys the opportunity to win one of those three books.  Check out the giveaway at the end of this post!  Feel free to follow along and read one of these three as well this month! 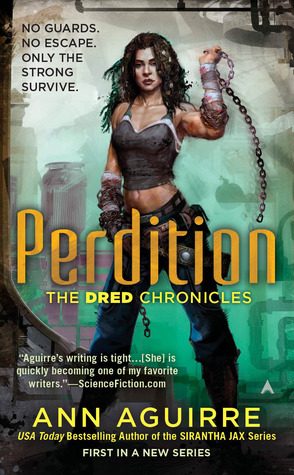 The prison ship Perdition, a floating city where the Conglomerate’s most dangerous criminals are confined for life, orbits endlessly around a barren asteroid.

Life inside is even more bleak. Hailed as the Dread Queen, inmate Dresdemona “Dred” Devos controls one of Perdition’s six territories, bordered on both sides by would-be kings eager to challenge her claim. Keeping them at bay requires constant vigilance, as well as a steady influx of new recruits to replace the fallen. Survival is a constant battle, and death is the only escape.

Of the newest convicts, only one is worth Dred’s attention. The mercenary Jael, with his deadly gaze and attitude, may be the most dangerous criminal onboard. His combat skill could give her the edge she needs, if he doesn’t betray her first. Unfortunately, that’s what he does best. Winning Jael’s allegiance will be a challenge, but failure could be worse than death… 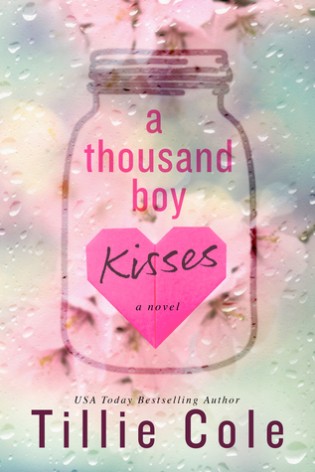 One kiss lasts a moment.
But a thousand kisses can last a lifetime.

One boy.
One girl.
A bond that is forged in an instant and cherished for a decade.
A bond that neither time nor distance can break.
A bond that will last forever.
Or so they believe.
When seventeen-year-old Rune Kristiansen returns from his native Norway to the sleepy town of Blossom Grove, Georgia, where he befriended Poppy Litchfield as a child, he has just one thing on his mind. Why did the girl who was one half of his soul, who promised to wait faithfully for his return, cut him off without a word of explanation?
Rune’s heart was broken three years ago when Poppy fell silent. When he discovers the truth, he finds that the greatest heartache is yet to come.

Released: January 2nd 2018
Genre: Contemporary Romance
Series: The Ones Who Got Away #1
Published by Sourcebooks Casablanca
Pages: 384 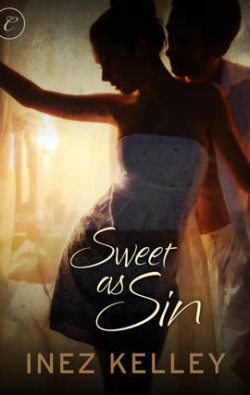 Looking forward to your review on the ones who got away.

That’s funny that all your last month pick its had you all feeling about the same after you read them. I had only read one of them, Death Below Stairs. I think I liked it a little more b/c the historical details were appealing, but I totally agree about how the character’s emotions seemed more extreme both ways than I was expecting.

Your new picks all look good. I love Roni Loren and Tillie Cole books already. The Ann Aguire sci-fi sounds fab. Hope they are good ones. 🙂

Yeah, we were all a bit underwhelmed with last months’ books. But really looking forward to the new ones. 🙂

I really enjoyed The Ones Who Got Away. I’ve been afraid to read A Thousand Boy Kisses because I think it’ll be too angsty for me. Perdition sounds like something I would like.

I’ve been talking to Francesca as she reads A Thousand Boy Kisses…she’s been sobbing lol! It isn’t exactly an angsty book, but it is a sad one.

Thanks for the giveaway. I’ve only rea one of the books.

I really enjoyed Loren’s The Ones Who Got Away series. It was a bit different and you have a variety of characters.

Liked Perdition and loved The Ones Who Got Away, haven’t read A Thousand Boy Kisses. Looking forward to your thoughts on them

I’m looking forward to your Jennifer Ashley review. Thanks for the chance.

Another awesome pick it for me challenge!! Shared on all my socials!!