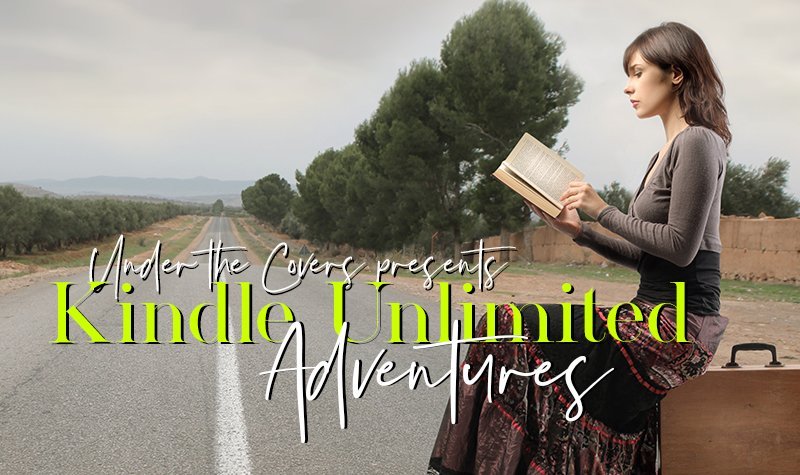 I travel onward on my Kindle Unlimited journey! It’s been a while and I have to say, for me, it is definitely worth it. A lot of my favourite authors, especially in the sci-fi romance genre, have books on Kindle Unlimited and so it has delivered brilliant value for me. It has also prompted me to pick up books and authors that perhaps I wouldn’t have otherwise, sometimes this has been a wild success, sometimes it hasn’t, but it is all part of the journey!

This section I am going to highlight some of the newer releases I have read through Kindle Unlimited. Mostly, this just showcases my sci fi alien romance obsession, but there have also been some other good reads that I have picked up over the last couple of months.

Firsty, we have The Wrong Man by Natasha Anders, I actually DNFed this book. However, I know I have spoken about the other two books in this trilogy in my previous posts, so I wanted to quickly bring it up. Suffice to say that although I liked the first two books, especially book 1 The Wingman this one wasn’t for me.

Next up, we have a taste of paranormal romance with Styx by Layla Frost. This was a fun read and if you are a fan of snarky heroines in your romance, you will love this book.  I found that although I liked it, I didn’t love it. But, it is good if you are after a light read, I’ll definitely be picking up the next book in the series when it comes out.

Now, we have some thriller/mysteries. What I’ve Done by Melinda Leigh is the fourth book in the Morgan Dane series, which is a firm favourite of mine. This book just confirmed that. Of all the mysteries so far in the series, this one had me guessing the most. Not only was the whodunit aspect really interesting, we also had some development in the main characters romance as well. I can’t wait to read the next book – which is also on KU.

Close to the Bone by Kendra Elliot and A Bone to Pick by Melinda Leigh are instalments in the new novella series Widow’s Island. In this series each author is taking it turns writing a book, but it’s set in the same place with the same characters. Each author takes the perspective of a separate heroine – both of whom are childhood friends. There is a murder mystery to be solved in each novella, but in the background there is also the mystery of the heroines childhood friend who went missing when they were all teenagers. The mystery in this is really intriguing and if you haven’t read either author before these novellas are a perfect way to give them a try.

Forgive we if you have seen me talk about this book before…but I can’t help it I loved it! I’m talking about Slouch Witch by Helen Harper. It was on my TBR list in my last KU post and I finally picked it up…then preceded to devour the entire series. It’s an urban fantasy, but instead of dark and gritty, it’s funny and quirky, I highly recommend everyone give this series a try.

L.H. Cosway has written some of my favourite romances…Painted Faces, Hearts of Fire I love them. So when Francesca picked the Cracks duet for me in our monthly Pick it for Me challenge I was really pleased. I finally had an excuse to read it. Now I’ve read it I don’t think will ever be a favourite, but it was enjoyable and at one point had me sobbing my heart out!

Now, we move on to the sci fi romance portion…

It’s been a bust few months! There have been some new series I have picked up and really enjoyed like:

Alien series by Tracy Lauren – There are currently four books out in this series, including the most adorable Christmas novella. There can be quite a bit of action in these books, but at heart they are really sweet romances.

Chosen series by Stacy Jones – Anyone who loves the Ruth and Gron series by V.C. Lancaster, you will adore these! It follows a similar premise of being stuck on a primitive planet and unable to verbally communicate with your mate. Or, in this case mates, it’s also a reverse harem story.

Then there have been some new releases in the series I already know and love:

Unleashed by Tiffany Roberts, the latest in the Valos of Sonhadra series. Adored this! It was a reverse harem story packed full of action. If you are a fan of the series already you need to pick it up!

Chasing Earth by J.M. Link the concluding half of the Saving Askara. I have been desperate for this one! Saving Askara is one of my favourite books this year, sadly I didn’t like this one quite as much, but it was still great to get my HEA!

Cruz by Anna Hackett the second in the Hell Squad series. I am still working my way through this series, this one was action packed and the heroine was kick ass. I love that Hackett isn’t afraid to write warrior heroines in her books and I can’t wait to read the next book.

The Serpent’s Mate by Susan Trombley the third and final book in the Iriduan Test Subject series. Is it really the end? I certainly hope not! Trombley has left a lot of scope and unanswered questions in this series, which gives me hope that a spin off will be in the works. If you love your aliens alien then this is the series for you!

Gail’s Family by Ruby Dixon, the fourth in the Icehome series. Although this is listed as a full instalment into the series, this is actually more of a slice of life novella. With it’s themes of family it’s a great one to read around the holidays. It’s truly heart warming and I loved that it had mature characters as the hero and heroine.

Blind Fall by Amanda Milo – I’m cheating with this one! It came out very recently and I am about 25% through it. But I am loving it, I am quickly rushing through this, just so I can go back to it! It is a standalone, but is connected to the Stolen by an Alien series by Amanda Milo.

These books are on my TBR, but I haven’t had a chance to read. Firstly we have Hate Notes by Vi Keeland and Penelope Ward. This is a recent release and I know that Francesca really liked it and I have liked previous book they have co-authored so I plan on reading it at some point this month.

The next book is the first of the Mercy Thompson Moon Called graphic novels. Moon Called is the first novel in the Mercy Thompson series by Patricia Briggs and one of my favourite urban fantasy series. They have taken the book and have converted it in to a graphic novel. I didn’t even realise that graphic novels could be on KU, so when I saw it I may have done a little dance. The only issue is that it is through comiXology, which shows all the beautiful illustrations in full colour, so it isn’t really appropriate to be read on a kindle. Sadly, I don’t own a tablet which is where this would be ideally viewed…but I will find a way!

What are your recommendations? 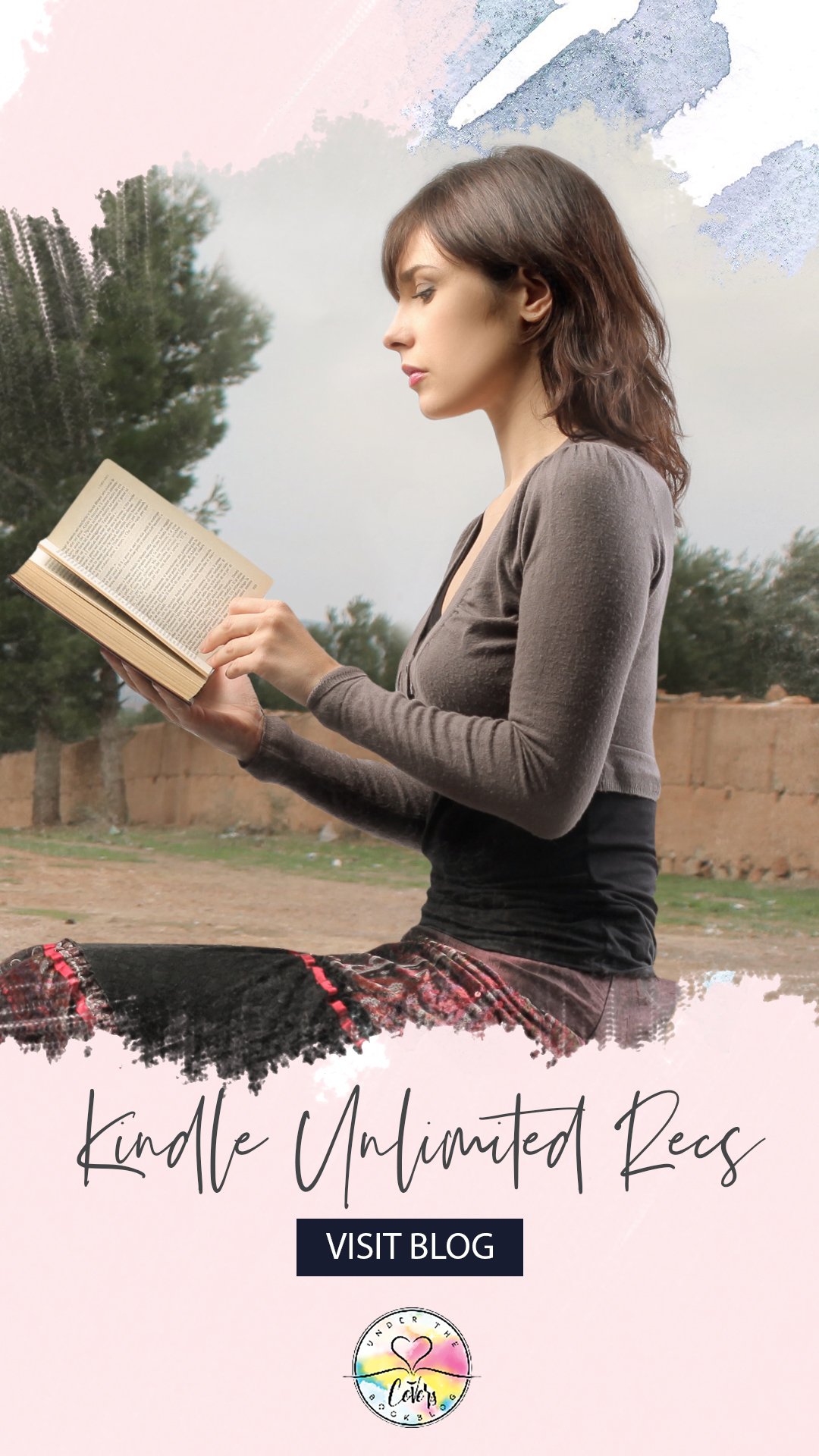 My recent KU reads are Real Men Growl, Real Men Snarl, Hate Notes, Silk and Shadows (The Virgin Diaries #3), Roman’s Having Sex Again, A Kiss Like This (Kiss and Make Up #3) and
He Kissed Me First (Kiss and Make Up #2). I’m adding a few from the ones mentioned above.

I love the morgan dane series and hope the widow’s island series gets released as a paperback. I’ve also enjoyed harper’s series so far, as well as alien instinct. The chosen series was good but left me with quite a few questions and I have hate notes in my tbr.

Great ku reads!!! I have a lot of these same books on my tbr gr list!! I’ve loved your reviews,and hope to read soon. Shared on all my socials!!😉💖

I love the Morgan Dane series, too, and Slouch Witch was fun. I want to try that series that Melinda and Kendra do together.

Surviving the Trace by calia read is a great time travel romance and book 2 just released!

So many amazing covers in 2020! This was hard to

One of the genres I generally enjoy but never get

Are you guys joining in the #bestreadsof2020 chall

It's the final month of 2020! Anyone else really

💬 What books did you add to your shelves in Nov