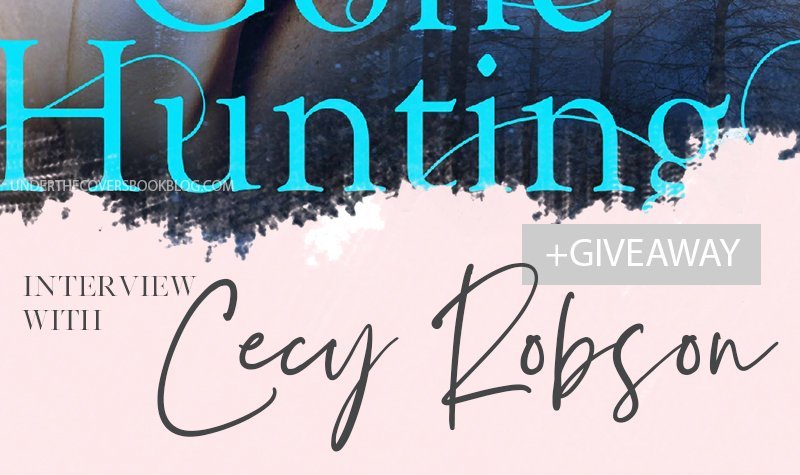 We have been huge fans of the Weird Girls series by Cecy Robson for years!  If you like paranormal romance with great world building, the kind that straddles the line between PNR and Urban Fantasy, then what are you waiting for?  Read this series!  But today we are excited to talk to Ms. Robson about her upcoming release GONE HUNTING.  This is actually the beginning.  Although being released now, this is actually how the story started.

Let’s hear it straight from her now! 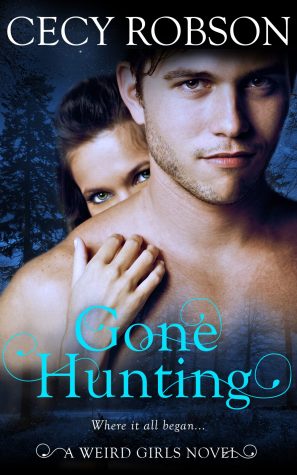 Discover Cecy Robson’s sensational Weird Girls series for the first time—or go back to the beginning ...

The rest of the werewolf pack might consider Aric Connor to be omniscient and destined to save the world when evil returns to claim it. But for the most part, fifteen-year-old Aric ignores the confirmations of his powers, taking everything in stride until he meets her.

Celia Wird wasn’t supposed to awaken naked in the mountains of Colorado, not when she was just stalking her prey in a filthy alley several states away. She especially wasn’t supposed to meet Aric, the handsome werewolf who comes to her aid.

As a supernatural tasked with protecting the earth, Aric sympathizes with Celia’s dangerous situation. He’s also struck by her beauty and kindness. Yet, as much as Aric welcomes Celia, her arrival isn’t a peaceful one.

Dark forces stir in Celia’s presence, resolute on killing her. Aric and his inner beast are adamant about keeping Celia safe and with them. But there's a time and a place for love, and Aric and Celia might not survive long enough to find it.

Wow. I love the editing. Thank you for the opportunity to visit and for featuring me and Gone Hunting.

I’m still hoping the other books come out in paperback as I enjoyed the series. Congratulations on the good news!

Awesome interview! I love werewolves!!awesome cover and sounds good too! great questions Francesca!! Great job Cecy enjoyed this video! I’ve put this series on my tbr gr list!! Shared on all my socials!!??

Congrats to Cecy on the new release! It sounds like a fascinating book. Great interview. Thanks for sharing.

Really great interview! I look forward to reading this book.

Loved the video interview! I’ve been a fan since I stumbled on the Weird Girls when book two released. What fun to see Cecy talk about the series and Gone Hunting. I’ve already had the privilege to read it for review. Fabulous! 🙂

I’ve read 3 or 4 books in this series and I enjoyed them.

Thanks for the video interview.

I always wanted to win giveaways but they always ask for follow requests. And as a bookworm I’m not active on social medias ?.