together with their parents

invite you to join

It should come as no surprise that my recommendation is the new Ilona Andrews release. I’m a little obsessed. But, the Andrews team only have themselves to blame. They need to stop releasing books that I love so much! Even the novellas like Diamond Fire manage to captivate me. Diamond Fire is part of the Hidden Legacy series and in the space of about 150 pages manages to nicely round out the ending of Nevada and Rogan’s story and start on Catalina’s, Nevada’s younger sister. In this book Catalina is in charge of planning Nevada and Rogan’s wedding, but ends up having to investigate a theft on the side. Although we have met Catalina before, it was great to have a further glimpse of her character before her books are released. It has certainly whetted my appetite for more! 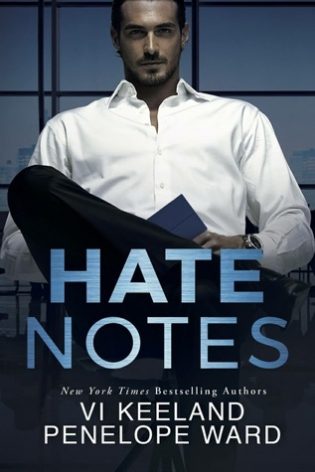 It all started with a mysterious blue note sewn into a wedding dress.

I’d gone to sell my own unworn bridal gown at a vintage clothing store. That’s when I found another bride’s “something old.”

Stitched into the lining of a fabulously feathered design was the loveliest message I’d ever read: Thank you for making all of my dreams come true.

The name embossed on the blue stationery: Reed Eastwood, obviously the most romantic man who ever lived. I also discovered he’s the most gorgeous. If only my true-love fantasies had stopped there. Because I’ve since found out something else about Mr. Starry-Eyed.

He’s arrogant, cynical, and demanding. I should know. Thanks to a twist of fate, he’s my new boss. But that’s not going to stop me from discovering the story behind his last love letter. A love letter that did not result in a happily ever after.

But that story is nothing compared to the one unfolding between us. It’s getting hotter, sweeter, and more surprising than anything I could have imagined.

I’ll be honest, I wasn’t sure if I wanted to read this book because I haven’t read the past few books by these authors (individually).  But I thought, one more try.  And this was just as adorable as I remember their collaborations to be!  It’s about a woman who breaks off her engagement because her fiance cheats on her.  That also leaves her without a job because she was working for him.  She goes to try and get her money back for her wedding dress and ends up only being able to exchange it for another and she picks up one that had a note attached to the inside of it.  That leads her to working for the man who wrote that note himself.  This was a cute office romance about two people that have had recent heartbreak but develop a nice friendship.  It’s kind of a slow burn as well and then it also packs an emotional punch.  I couldn’t help but tear up by the time the epilogue rolls around. 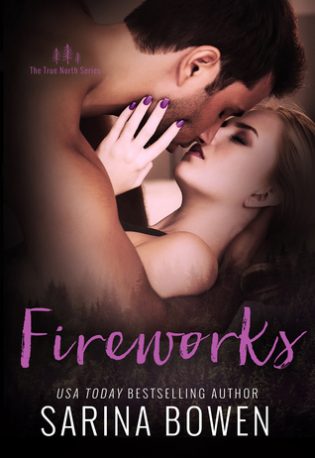 Skye Copeland is on paid leave from her broadcasting job after accidentally drawing a wiener on the traffic map.

Let that sink in. Like it’s her fault the traffic pattern created a perfect schlong?

Skye isn’t laughing. She needs this job. And that’s the only reason she’s willing to chase down a story in her least favorite place—that hell on earth known as Vermont.

A quick trip. In and out. Much like - never mind. She can sneak into the town that once tried to break her, get the story and slide back into the good graces of her producer. Easy peasy.

But things go sideways the moment she steps over the county line. Her stepsister is running from a violent drug dealer. And the cop on the case is none other than Benito Rossi, the man who broke Skye’s teenage heart.

His dark brown eyes still tear her apart. And even as she steels herself to finally tell him off after twelve years, the old fireworks are still there.

Things are about to go boom.

As always, this series doesn’t disappoint.  Skye is on leave from her job in New York and decides to visit her step-sister in the small Vermont hometown she didn’t want to step foot in again.  They both grew up in a trailer and dealing with their step-fathers’ abuse.  The only one that was there for Skye during those years was the neighbor Benito.  But he broke her heart and that’s why she left and never came back.  Of course, as fate has it she’s thrust right into his life as soon as she comes back into town and her step-sister will need them to help her get out of trouble.  A sweet second chance romance if there ever was one!  I really liked them together and how they came back together.  Nobody was really the jerk from their past and I can appreciate how things went down then.  It really made them reconnecting all the sweeter.

The Other Miss Bridgerton
by Julia Quinn

She was in the wrong place...

Fiercely independent and adventurous, Poppy Bridgerton will only wed a suitor whose keen intellect and interests match her own. Sadly, none of the fools from her London season qualify. While visiting a friend on the Dorset coast, Poppy is pleasantly surprised to discover a smugglers' hideaway tucked inside a cave. But her delight turns to dismay when two pirates kidnap her and take her aboard a ship, leaving her bound and gagged on the captain's bed…

He found her at the wrong time...

Known to society as a rascal and reckless privateer, Captain Andrew James Rokesby actually transports essential goods and documents for the British government. Setting sail on a time-sensitive voyage to Portugal, he's stunned to find a woman waiting for him in his cabin. Surely, his imagination is getting the better of him. But no, she is very real—and his duty to the Crown means he's stuck with her.

Can two wrongs make the most perfect right?

When Andrew learns that she is a Bridgerton, he knows he will likely have to wed her to avert a scandal—though Poppy has no idea that he is the son of an earl and neighbor to her aristocratic cousins in Kent. On the high seas, their war of words soon gives way to an intoxicating passion. But when Andrew's secret is revealed, will his declaration of love be enough to capture her heart…?

Sadly, I’ve been neglecting Historical Romance for the most part this year, but when I saw that Julia Quinn was releasing a new book, you know that I had to dive right in. This particular book is a little bit different in style from Quinn. It actually reminds me a bit of Elizabeth Hoyt in a way with the pirates theme. Nevertheless, Quinn infuses the book with her trademark charm and I found myself smiling many times while reading this book. So, even if you aren’t a huge Historical Romance reader, this is definitely a series that you must try.

What book are you most anticipating in November?
Let us know in the comment box below! 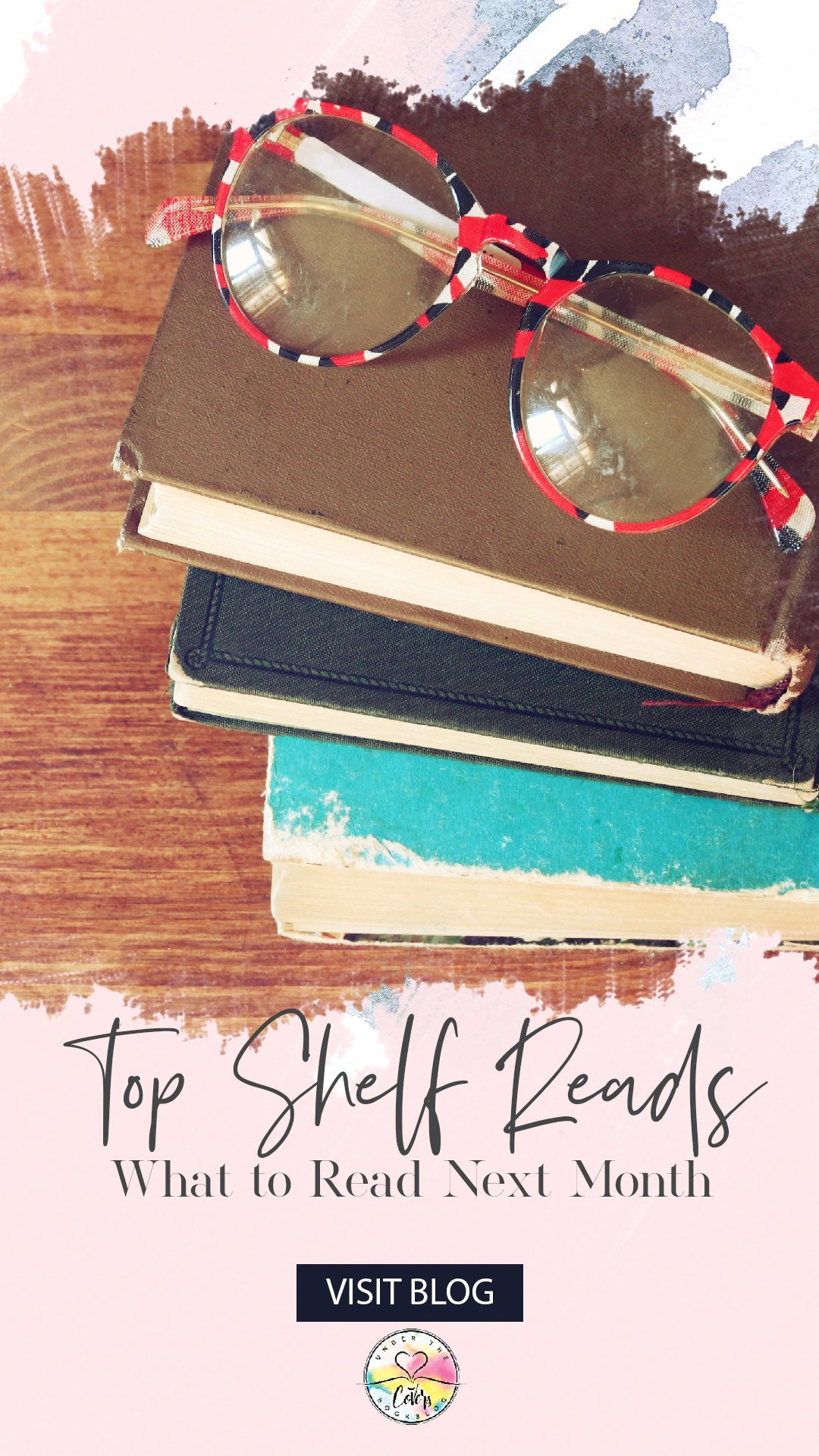 Diamond Fire. Thanks for the recs

I am looking forward to Keri Arthur’s Cursed and Marie Force’s Fatal Invasion.