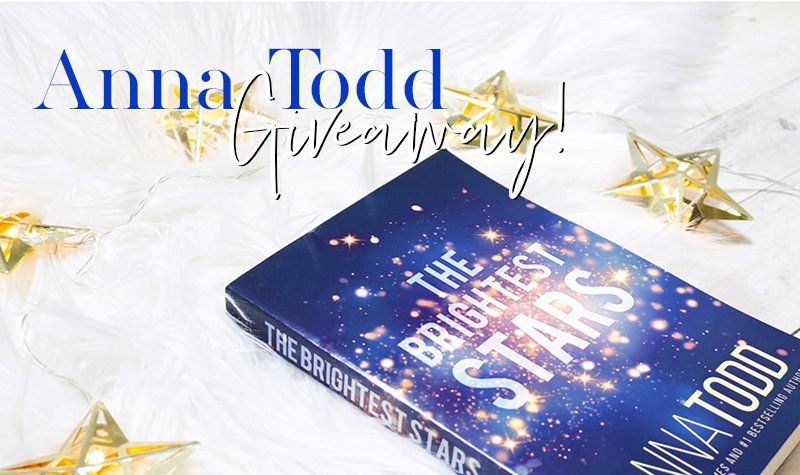 We are excited to be partnering with Anna Todd today to bring you a massive giveaway to celebrate the release of her latest book, THE BRIGHTEST STARS.  This is the perfect opportunity to binge read her books!

And you can get started early.  To read the first chapter of THE BRIGHTEST STARS, click here. 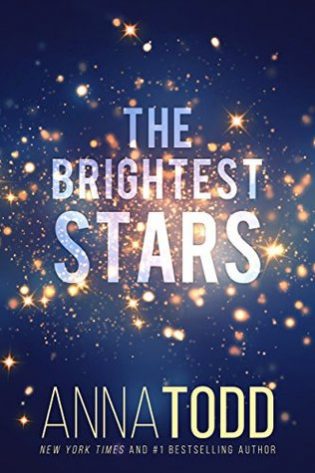 The Brightest Stars
by Anna Todd

International bestselling author Anna Todd returns with a gripping novel about a young woman's journey towards love, and the obstacles life throws up at every turn.

Karina knows the harsh realities of military life. And like anyone who has grown up around an army base, she knows the background noise that follows a soldier home from war. That's why she's forging her own quiet life in her own little house. But she hasn't turned her back on her family. She's the glue that holds them together-when her father is deployed, when her brother, Austin, has another brush with the law.

Karina knows that she has to look after herself, that she can't always fix what's broken. But when Austin's behavior worsens and her father's reactions grow more extreme, Karina feels her own edges beginning to fray. That's when she meets him-a closed book she's desperate to open.

At just twenty, Kael is a handsome, brooding soldier struggling with the aftermath of two tours in Afghanistan. He's emotionally damaged and closed off. Quiet doesn't begin to describe him. But as Karina gets used to his stable presence, she finds it hard to ignore the way he makes her feel. In their time together, she finds the stillness she has always wanted and never found. She lets down her guard. And she lets herself fill in the blanks about this mysterious man.

But illusions quickly made are quickly shattered. That's when Karina has to find her own courage-to untangle the truth from the lies, and decide what she's going to do about it.

A riveting story about love and lies, The Brightest Stars will stay with you long after the last page has been turned. 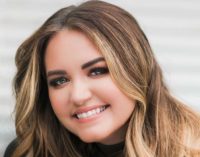 Anna Todd is the New York Times bestselling author of the After series, The Spring Girls and the upcoming The Brightest Stars. Always an avid reader, she began writing stories on her phone on Wattpad, the reading and writing multiplatform for original stories, with After becoming the most read series on the platform with over 1.5 billion reads. The print edition was published in 2014. It has been published in over 30 languages, with more than 11 million copies sold worldwide, and is a #1 bestseller in Italy, Germany, France and Spain. The film adaptation, which Anna is co-producing, is set to be released in early 2019. Anna and her husband currently live in Los Angeles.

Anna Todd is graciously giving away 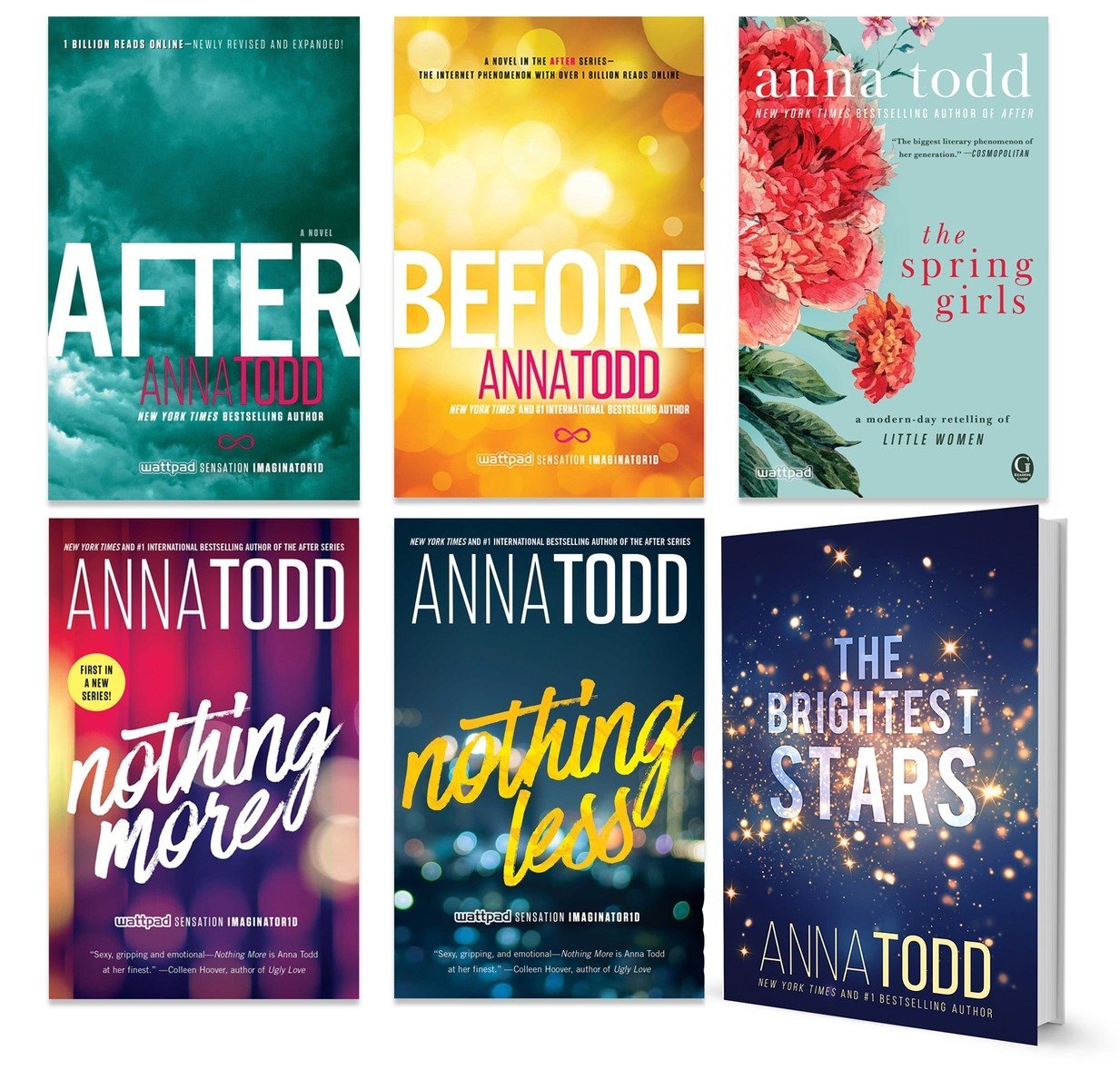 After and Before from the After series

Nothing More and Nothing Less

Plus standalones The Spring Girls and The Brightest Stars.

Giveaway open to US addresses only. 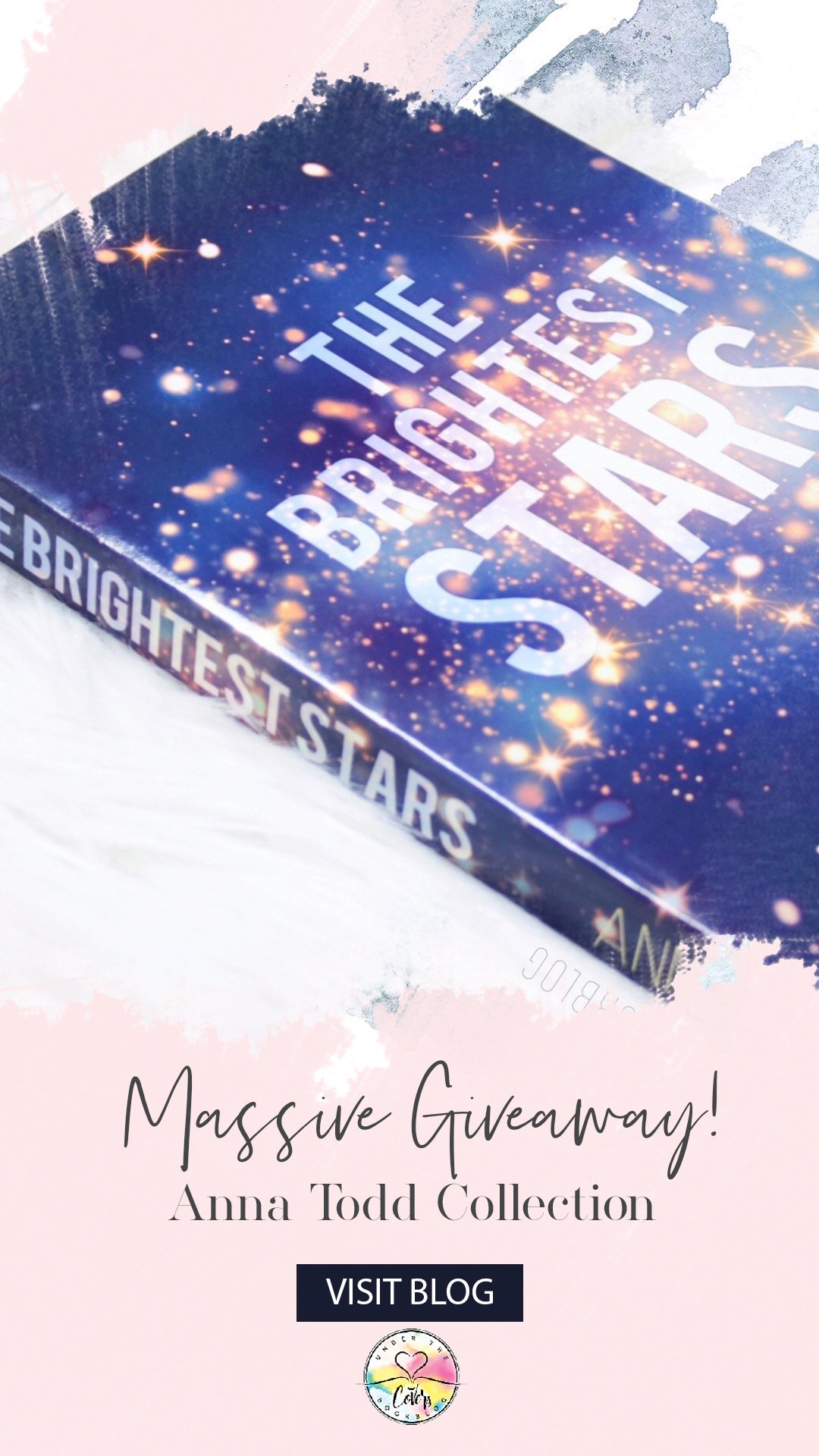 Anna’s work is new to me, but THE SPRING GIRLS looks interesting!

I haven’t read this author yet but this book sounds really good.

I haven’t read Anna Todd before but THE BRIGHTEST STARS sounds good.

Fabulous giveaway!! Shared on all my socials!!😉💖

I’m most excited to read The Brightest Stars!

I haven’t read yet, but I’m very excited to!

Haven’t read this author before. Thanks for the giveaway

Thanks for the chance

I haven’t read Anna Todd yet, but I’m excited to start her After series.

I haven’t read anything by Anna Todd.