We all know the feeling, we’ve been reading a book series we adore it has a motley group of characters we’ve fallen in love with. Especially one. That ONE character that we completely adore. We want to see them happy, to finally get that HEA they’ve been secretly longing for. Only the author isn’t cooperating. It seems like every character apart from that ONE seems to be falling in love. What’s a fan to do? Well, we’ve collected up all our still-single characters and we are putting them out there for our authors to consider. Pretty please, can we have an HEA?

I am may be cheating with this one. If you’ve read the Patricia Briggs series you will know that Bran is already married, he already has his HEA right? WRONG. I like Leah (his wife) as a character, she’s a bitch we can all enjoy resenting, even when Briggs does what all fantastic writers do and gives her some depth.  But that doesn’t mean she is right for Bran. Bran is with her precisely because he doesn’t love her. But I want to see Bran happy, he’s one of my favourite characters in the whole series doesn’t he deserve a bit of lovin’?

To see more about Bran and all the other characters in the Mercy Thompson series check out our fantasy cast and series guide!

Ever since Jon first appeared as a teenager in the Psy-Changeling series I’ve been hoping that Nalini Singh will do a second generation type series. Jon is one of the Forgotten, those who have psychic like powers but aren’t overt like telekinesis or telepathy, instead they are more subtle. He’s now being raised in a changeling pack and I can’t wait to see how he develops. So, please Ms Singh, hear my plea! Can we have a series with the next generation of the Psy-Changeling characters?

To see more about Jon and the world he’s in and the people around him check out our Psy Changeling fantasy cast and series guide!

It’s no secret that the Kate Daniels series is my all time favourite series. I love the world, the story lines, the characters. One of those characters being Derek Gaunt. He starts of as a teenage werewolf side kick (kind of) to our intrepid heroine, but quickly becomes a fantastic character in his own right. Now he needs his own HEA, or atleast his own series…with a HEA slotted in there somewhere. I even know who I want it to be with. Now Andrews has made a start with Magic Stars. But, it has just left me wanting more!

Ever since I have started reading this series by Nalini Singh, I have been wishing for Aodhan’s story. I am really intrigued to see who Singh will pair him up with mainly because I think he’s such a charismatic character. It might be hard to find someone who will live up to reader’s expectations. However, I am still dying to see what kind of happily ever after will come for him.

This one is one that I am particularly excited about. However, I’m not exactly sure if KMM even plans to pair the rest of the Nine up. Nevertheless, if there is one member of the group that I would like to see a HEA for, it would be Lor. He’s already become such an integral part of this series and with everything he has experienced already, it would be nice to see him have someone to share it all with.

SOMEONE PLEASE GIVE THIS GUY A HAPPILY EVER AFTER! To say that I have been waiting for this HEA for forever is not an exaggeration. Illium is hands down my favorite character in the series so I’m really looking forward to this love story. I think Singh could even make an entire series with his side story as a main plot line. I’m sure many fans would totally be on board with that.

Ah, Lassiter. This man totally cracks me up. I have no idea what Ward plans for his character but you know it’s gonna be epic. This guy is the epitome of a bright character and so I’m really curious to see what woman can even stand within the same limelight as him. Nevertheless, Ward has always delivered incredible love stories for her characters and I have no doubt that she will serve up something special for this angel.

Savitar plays a very mysterious character in Sherrilyn Kenyon’s Dark Hunter series.  While he plays an important part of the series, his page time comes and goes. However, in the recent novels, I feel like it’s increasing more and more.  This guy is supposed to be ‘More powerful than Zeus, more wise than Solomon”, best friend to Acheron but no one really knows who or what he is. There’s rumors that he is somehow connected to Apollymi (badass Goddess of Life, Death and Wisdom, also Ash’s mother) and personally think he is the love of her life…reincarnated.  So much drama to this one and you’ll have to know the series to understand. But what is known of him, he definitely have a lot of secrets and possibly a lot of heart aches, then again, this is Kenyon we’re talking about.  Of course, there will be heart aches. Now, to read about his story, would be pretty awesome.

Misha, the ever loyal friend of the Wird sisters from Cecy Robson’s Weird Girls series.  This sexy vampire had the hots for one of the sisters and as it turns out, he is not the hero of her story.  Now, if you read this series before, you’ll have to decide that it should’ve been Misha, but I accept where the author had brought the story.  Since Misha has played a good part in the series, I feel like a HEA soon is a must and really well deserved. So, I ask Ms. Robson, if she has any heart, give the guy his well deserved HEA and make me happy. =)

This is my little extra one of this post because technically we already have a date for this book.  But OMG I’ve been waiting for Murhder’s book FOREVER!!!!!  When THE SAVIOR was announced I was screaming in fangirl glee. Having a release date for this HEA doesn’t make it any easier to wait.  Murhder has been one of the most intriguing background characters for me in the Black Dagger Brotherhood series.  From the fact that he used to date Xhex, to the glimpses of his mad self we got in Lover Mine and his resurface (finally) in THE THIEF.  I am dying for his story.  I hope it delivers everything I’m expecting from it.  And yes, that includes some drama between him and JM because I fully expect a little alpha showdown.

William
from Lords of the Underworld
by Gena Showalter

I’m closing out the list with another one of those characters I’ve waited a WHOLE series to see his HEA.  And also one that we also have an end in sight for the wait because there is a release date set.  Maybe not so much as a date but it will be next year!  THE DARKEST KING is the first 2019 LOTU book and it’s confirmed it’ll be William’s book.  William the Ever Randy has been the one hero in the Lords of the Underworld series I couldn’t wait to see fall to his knees.  I already got over the fact that for most of the series we were all hoping for him to end up with Gilly.  Now, I’m just ready for an epic love story with a woman that can handle his charming self and really make him fall.  Isn’t it the most satisfying when a hero that is uber alpha and has the healthiest self esteem can be brought down by a strong woman?

What are some of the HEA’s
you’re impatiently waiting for? 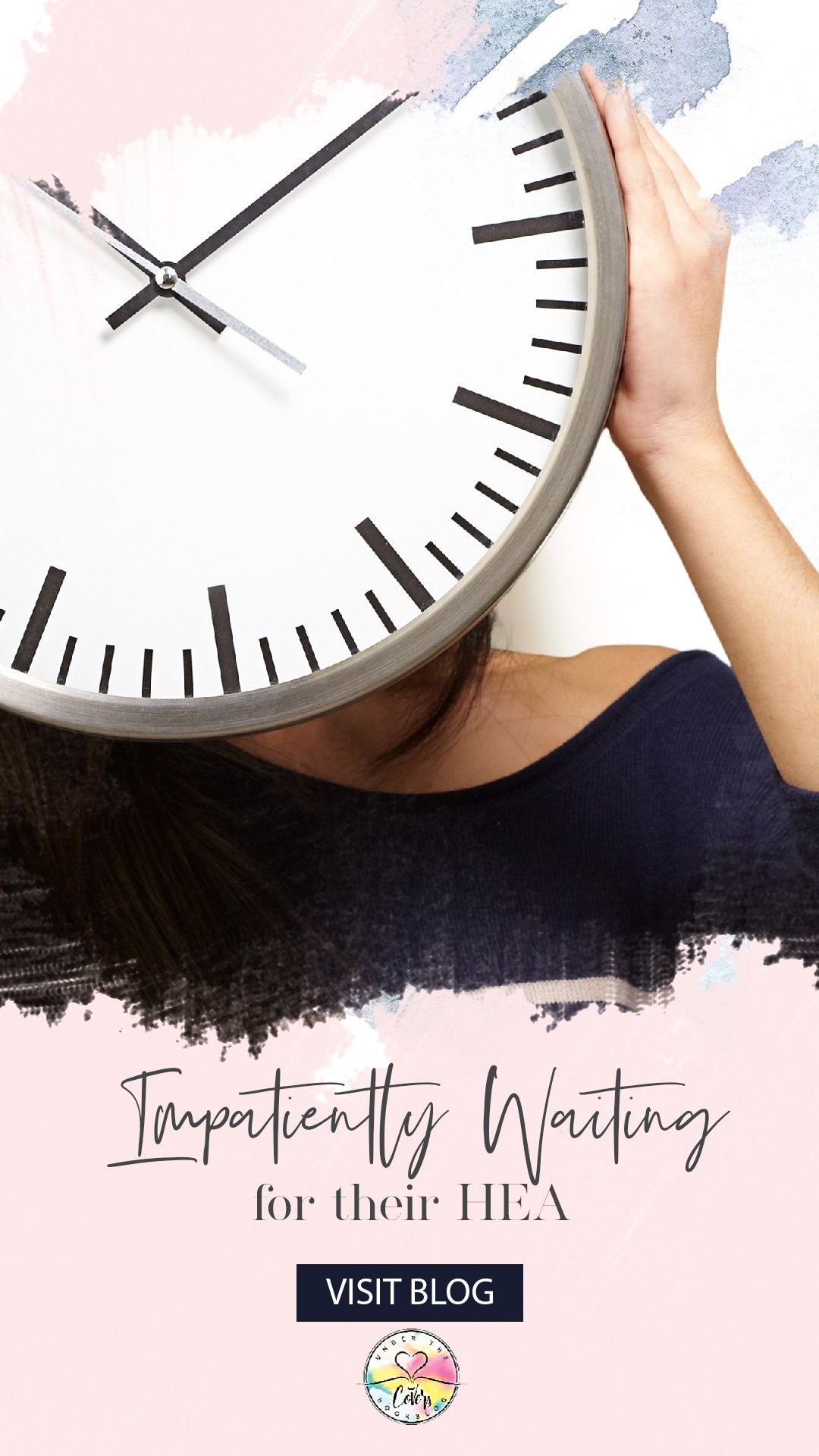 I agree with everyone on this list. I would like to see asil and ben get an hea as well ascanio.

Yes on Jon from Psy Changeling!!!!

Ha, you gals covered most of mine and reminded me of a couple that I forgot about that, yes, I want to see in an HEA. The name eludes me at the moment, but the lead guy’s best bud and fellow FBI agent in Melissa Olson’s Nightshades series. The great black dragon, Sun in Eileen Wilks’ World of the Lupi series. And, I can’t remember his name (Michael, I think), but the first shifter discovered who went into hiding for Paige Tyler’s X-Ops series. Next year I hope to get the White Rider, Mikhail’s story in Deborah Blake’s Broken Riders… Read more »

Awesome top 10 HEA ladies!!! I love them all my faves are
William
Savitar
Murhder
Lassiter
Lor
Ian he’s getting his book in October from jeaniene frost!!!! Love this guy!!

Derek Gaunt, Hap and Luci (I can’t wait for this book) and Emma and Lachlan from KA’s Ghost and Reincarnation series (i’ve been waiting FOREVER).