Join our newsletter to be the first to hear our latest news! Learn More
Home / Author Override / Interview with Urian [from Stygian] by Sherrilyn Kenyon 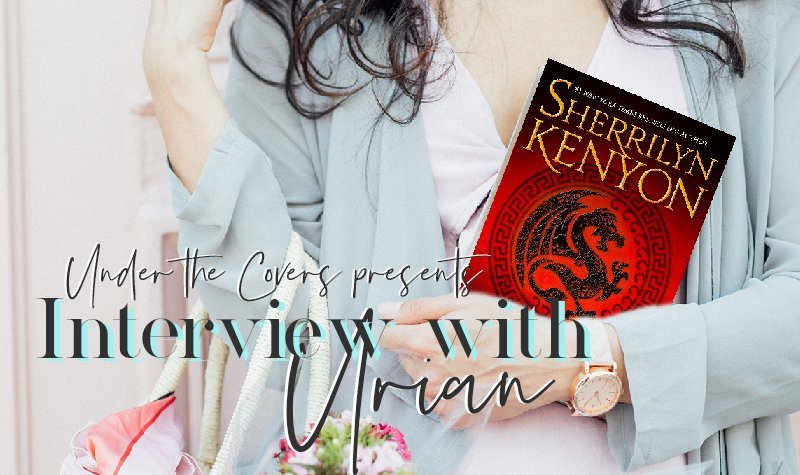 Welcome to Under the Covers, Urian, and thanks so much for agreeing to spend a few minutes letting us get to know you a little better.

For people that may not be familiar with who you are, how would you describe yourself?

Intolerant. Inflexible. Bemused by most.

What is something from your past that you are most proud of?

The number of Dark-Hunters I took out of the game.

Describe a typical day in your life.

Avoiding Simi’s mess. Avoiding Acheron’s notice. Avoiding Danger’s nagging at me to find a woman to go out with and Lexie’s whining that I’m in the way. Then there’s messing with Wulf’s head, simply because I can. Have to do something to make sure my nephews and niece don’t grow up to be as damaged as Chris from having been exposed to their Viking father. I also like hanging out with my little brother. He’s a little preverbal still, but hey, early enough in the day, so am I.

What’s your take on Acheron and his dark hunters?

They annoy the hades out of me. Sanctimonious pricks. But some aren’t too bad. I’ve actually gotten to like a few of them.

Is there another character in the Dark Hunters world that you would like to befriend? If so, who and why?

Not sure what you mean. I have a large number of friends. Some days more than I want.

What’s the rating on this thing?

We are all dying to know, what’s your opinion on your creator? Is she nice?

Artemis? Not really. Apollymi? She’s not as bad as people think.

And lastly, why do you think readers need to read your book?

No idea. I’d rather they go pick on Acheron. He’s much more deserving of it. The gods know I’ve had enough in my life. I’d rather go sit on the beach with Sav and my dad, and just chill awhile.

Born before man recorded time, I lived for thousands of years believing myself to be something I’m not.

Lied to and betrayed by gods, Daimons and Dark-Hunters, I’ve struggled to find my way in a world where I’ve been cursed since the moment I was prematurely ripped from my mother and planted into the womb of an innocent woman who thought me her son.

Trained as a slayer and predator, I learned to fit in and stay low. To become a tool for evil. Until I was sent to kill the one woman I couldn’t. My hesitation cost her her life.

Or so I thought. In an act of betrayal that makes all the others pale in comparison, I’ve learned that this world is an illusion and that my Phoebe still lives.

Now I will have to travel into the very pits of Hades to try and save her, even as everyone around me attempts to steal what little soul I have left. There’s only one person at my back and I’m not sure I can trust her either, for she was born of an enemy race. Yet sometimes the road to redemption is one that singes us to our very core. And if I fail to find the answers I need to save Phoebe, more than just my wife will die.

We will lose the world. Both human and Daimon.

Awesome interview!!! Love Urian!! So pricky!! Can’t wait to read this new dark hunters book!! Shared on all my socials!!

I haven’t read anything by Sherrilyn Kenyon yet but I have some on my TBR pile.

A “What’s the rating on this thing?”