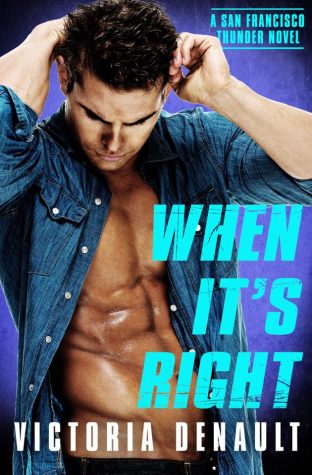 When It's Right
by Victoria Denault

“As a hockey romance fan, this was a great series to add to my list.”
~ Under the Covers

I’ve been meaning to pick up this series for a while and for some reason or another I never do.  But I admit this cover did me in.  I mean, maybe it’s the abs or maybe it’s the colors but I couldn’t resist it!  I had read this author before and I had a feeling this would be a winner.  I really wish I hadn’t waited this long to dive in.  As a hockey romance fan, this was a great series to add to my list.

WHEN IT’S RIGHT is about two people that are at very difficult points in their lives.  Sadie moved to San Francisco to be close to her father after he was diagnosed with ALS.  As a nurse, she knew what the next few years would mean for their family and they all needed to rally.  But she’s taken on the role as the rock for everyone, putting her whole life on hold.  Griffin has taken on a new position with the San Francisco Thunder as the goalie coach.  Two years after his divorce, he’s still struggling with his ex about custody of his six year old daughter.  That needs to take priority over anything else in his life.

This was a surprisingly emotional story with a decent amount of hockey.  Basically, it gave me everything I was looking for!  Griffin is just a really nice guy and extremely sexy, so how can anyone resist?  I thought the chemistry between Griffin and Sadie was there on the surface all the time, so I was glad the author didn’t make too much extra drama in their connection.  There was plenty all around them pulling them apart so I was glad.

I can also attest that this is fine read as a standalone, but I will be going back to read the rest of the series.  I really liked the Braddock family and their dynamics so I am looking forward to reading more about them.  Can’t wait!

Victoria Denault loves ocean air, seventies music, cinnamon dolce lattes, kalimotxos and strong heroines and flawed heroes. She's been an avid hockey fan her whole life and has wanted to be an author since she was a teenager. She has lived in many major cities across North America, spent her childhood summers in Maine and adult summers in Spain. She’s now happily settled in Los Angeles with her husband and their two chubby Chihuahuas. 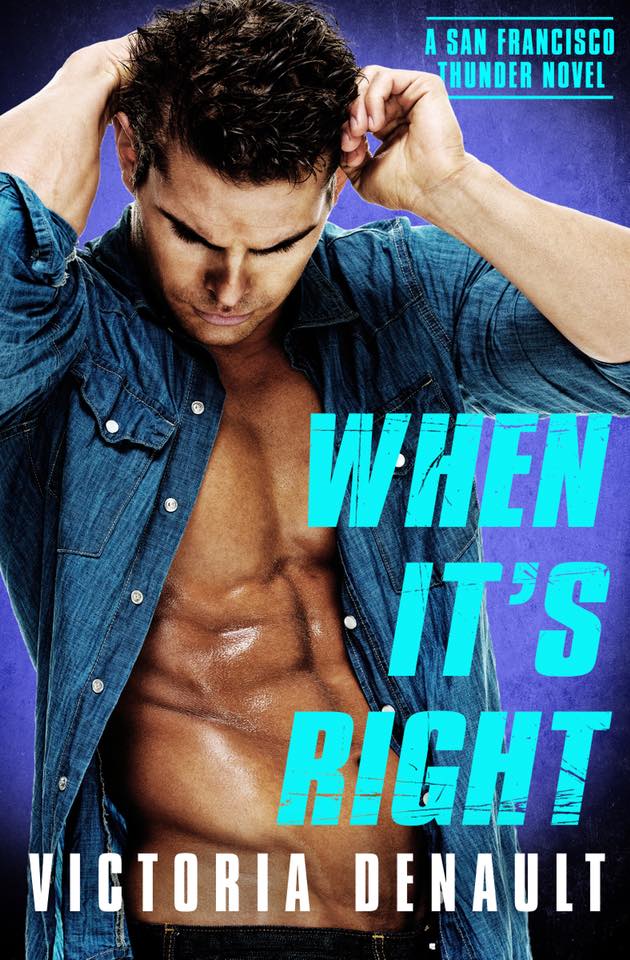 This sounds really good. There situations are relatable and seem well written. I’m glad this can be read as a standalone.

Thanks for the review, this sounds good and I’ll be adding to my wishlist.

Awesome review Francesca!!! Love this cover!! Shared on all my socials!!

Ooooo, I have yet to read Victoria. I shall add her to my list. Thanks for the review!

Adding to my wishlist, thanks for the rec Francesca