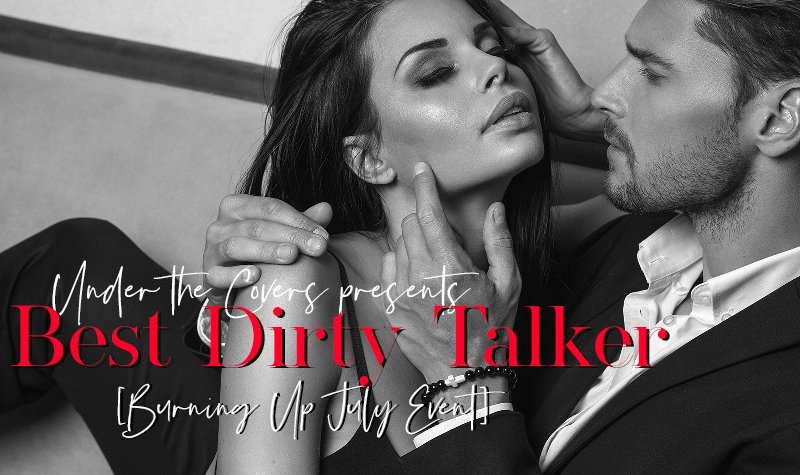 What better way to heat things up this week than with our favorite dirty talking heroes?  We asked some of our favorite authors to help us again today and nominate the guys that left them quivering with a few simple words and then YOU get to vote for your favorites.  Lets meet them! 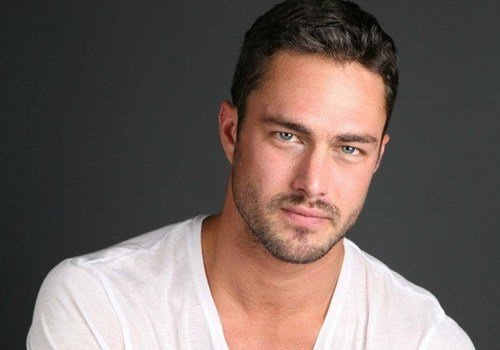 I love Penelope Douglas’s writing, from her new adult to her angsty contemporary, her words are gold. So when she published Birthday Girl, a taboo romance I was all in. It’s a beautifully executed story with layers and depth, and it packs an emotional, angsty punch. Pike Lawson is the ultimate dirty talking hero. Fiercely protective, ultra-alpha and almost twice the age of the heroine, Penelope balanced the fine line of dominant older man with chemistry that explodes off the pages.

“Oh, I may be out of practice, little girl,” he bites out in a threatening tone, “but I think I’ll figure it out.” 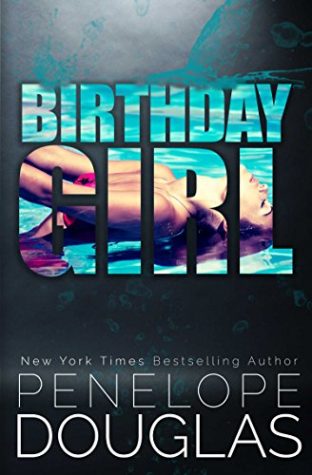 He took me in when I had nowhere else to go.

He doesn’t use me, hurt me, or forget about me. He doesn’t treat me like I’m nothing, take me for granted, or make me feel unsafe.

He remembers me, laughs with me, and looks at me. He listens to me, protects me, and sees me. I can feel his eyes on me over the breakfast table, and my heart pumps so hard when I hear him pull in the driveway after work.

I have to stop this. It can’t happen.

My sister once told me there are no good men, and if you find one, he’s probably unavailable.

Only Pike Lawson isn’t the unavailable one.

I took her in, because I thought I was helping.

She’d cook a few meals and clean up a little. It was an easy arrangement.

As the days go by, though, it’s becoming anything but easy. I have to stop my mind from drifting to her and stop holding my breath every time I bump into her in the house. I can’t touch her, and I shouldn’t want to.

The more I find my path crossing hers, though, the more she’s becoming a part of me.

But we’re not free to give into this. She’s nineteen, and I’m thirty-eight.

And her boyfriend’s father.

Unfortunately, they both just moved into my house.

*BIRTHDAY GIRL is a stand-alone, contemporary romance suitable for ages 18+.

Next from Helena Hunting 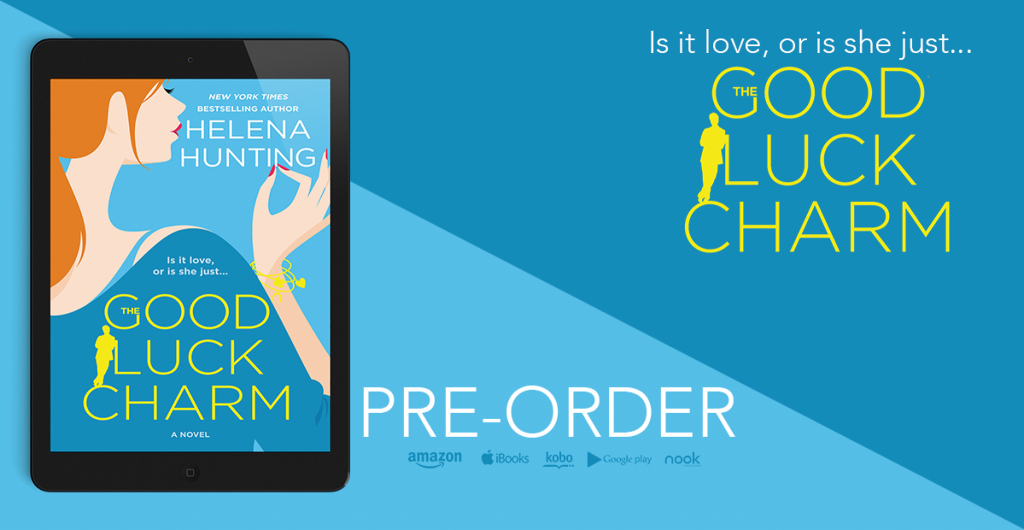 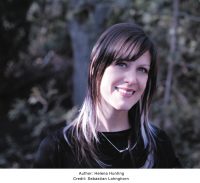 New York Times and USA Today bestselling author Helena Hunting lives outside of Toronto with her amazing family and her two awesome cats, who think the best place to sleep is her keyboard. She writes all things romance – contemporary, romantic comedy, sports and angsty new adult. For more info on Helena and her books, visit www.helenahunting.com. 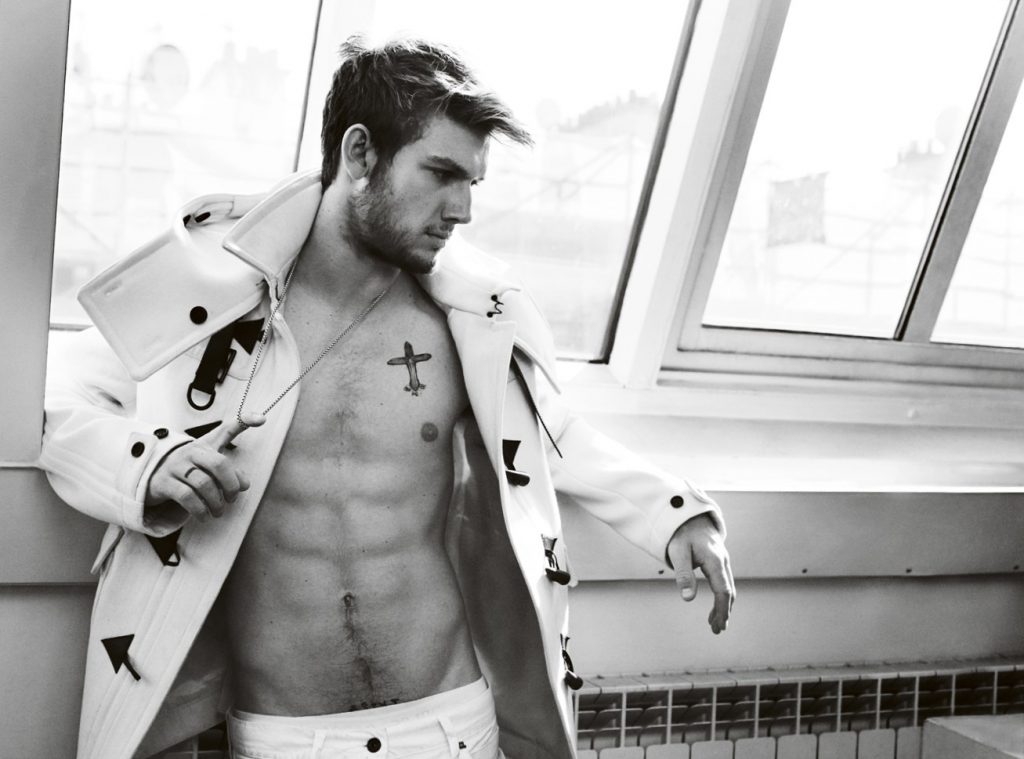 Selecting a favorite dirty talker is like picking a favorite dessert. There are so many delicious and tantalizing ones to choose from! But I’m currently obsessed with the tattooed dirty-talking drummer Landon Cox from Tara Leigh’s Rock Legend. His words to Pippa are the perfect combination of romantic and sexy. Tortured dirty-talking heroes are my kryptonite and Landon Cox managed to hit all the right buttons for me!

Released: July 17 2018
Series: Nothing But Trouble #2
Published by Forever Yours

Most people know me as the drummer for Nothing but Trouble. Depending who you ask, I'm also a playboy, a loner, the life of the party, a screw-up, or according to my fans, "The Sexiest Rock Star on the Planet." Apparently, I'm a legend.

Am I surprised? Hell, no. It's a reputation I've earned behind my drum kit and behind closed doors. No one thought foster kid Landon Cox would become famous. Infamous, maybe. Notorious, probably. But successful? Never. No one except Piper Hastings. But I had to make a choice: my woman or my career. I picked fame and fortune... and spent every damn day since pretending I don't regret it.

Now fate's dropped Piper back into my life. I want to believe it's a second chance for me - for us. But while I can give her a few great nights, I can't give Piper a future.

Because there's a difference between a legend and a fairy tale...
Only one of them ends happily ever after.

Shelly Bell is the author of the popular Benediction and Forbidden Lovers series. Her book, Blue Blooded, received a Top Pick from Romantic Times Book Reviews and was nominated for an RT Award. At His Mercy, the first in her Forbidden Lovers series, was named a Top Pick from Romantic Times and received a starred review from Publisher’s Weekly. When she’s not working her day job, taking care of her family, or writing, you’ll find her reading the latest romance or thriller. Shelly is a member of Romance Writers of America and International Thriller Writers. 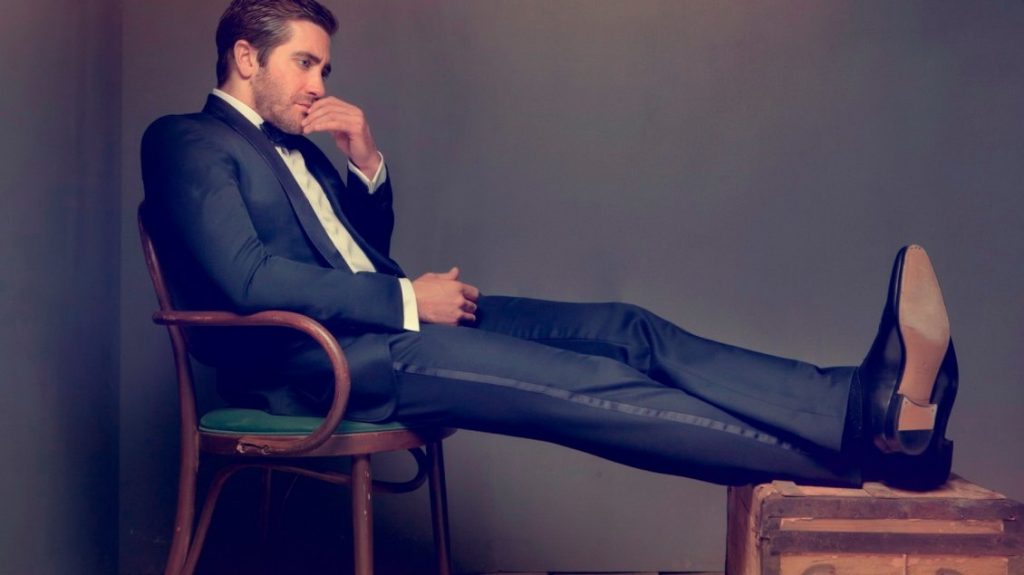 In Maxen “Ash” Colchester, Sierra Simone has written a hero that is so elegantly, deliciously filthy, I have two words for anyone who hasn’t met him yet: I’m sorry. He is strong and seductive, powerful and predatory. I dare you to read this book (the entire series, actually) and not fall under Ash’s spell. 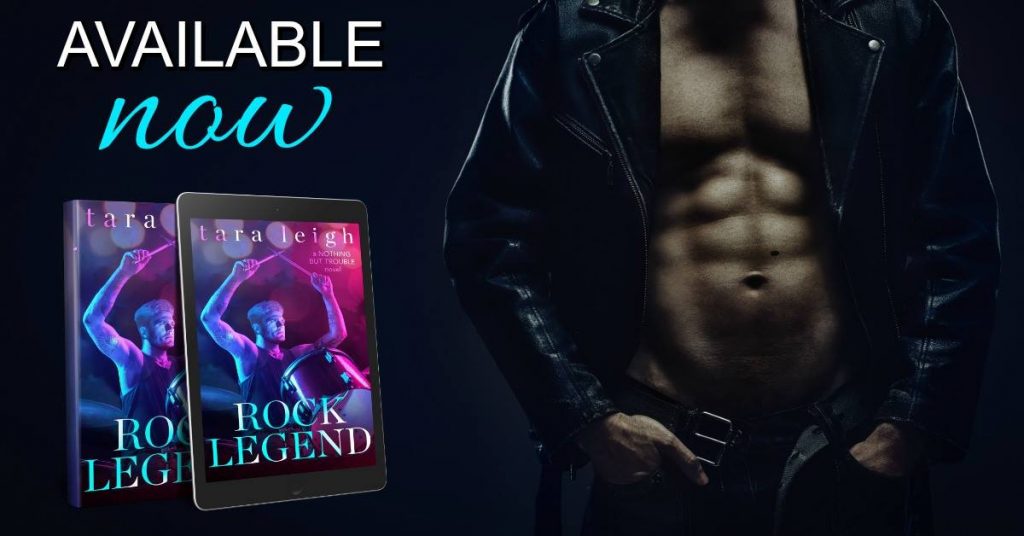 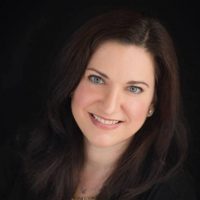 Tara Leigh writes sexy contemporary romance about billionaires and rock stars that are alpha without being ***holes.

She attended Washington University in St. Louis and Columbia Business School in New York, and worked on Wall Street and Main Street before “retiring” to become a wife and mother. When the people in her head became just as real as the people in her life, she decided to put their stories on paper. Tara currently lives in Fairfield County, Connecticut with her husband, children and fur-baby, Pixie.

Now it’s time for you to vote!

They all sound so good,put all on my tbr gr list!! Birthday girl really sounds good!! Shared on all my socials!!

All these books were already on my TBR list!!

Lately, I like Michael from Helen Hoang’s THE KISS QUOTIENT!

The men of Sierra Simon’s Camelot series were AMAZING !!!!

The latest would be Brent “Mac” MacMillan from Playing His Way by Erika Wilde.

Disturbing His Peace by Tessa Bailey was the most recent book I read with an excellent dirty talker.

I just finished the kiss quotient so, Michael.

I just read Royally Matched by Emma Chase and Henry was definitely a bit of a dirty talker, and pretty delicious also.

Derek Tyler from Protecting What’s His by Tessa Bailey