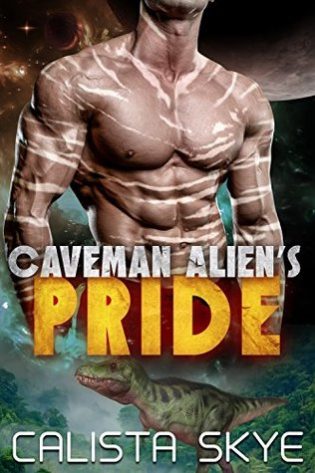 A whole bunch of women are kidnapped by aliens. However, the aliens who abducted them never take them wherever it is they’re going before crash landing. On the positive sides, all the aliens that abducted them have gone. On the negative side, the planet they’ve crashed landed have alien versions of dinosaurs and has left them no means of getting back home. On the other plus side the planet does seems to have some very friendly and gorgeous caveman aliens that seem willing to help them.

Unlike the others Aurora can’t get used to her new home, it seems like she spends most of her time terrified. Everything on the planet seems like it wants to kill you. And, unlike most the other girls she doesn’t have her own personal security system; a ripped and gorgeous caveman alien. That is until she gets captured by a very angry one. He may have some cause to be angry though…she had shot him. Twice.

I love this series, it’s so much fun! It’s like Calista Skye watched Jurassic Park after reading a sexy sci-fi alien romance and had a brain wave. In Caveman Alien’s Pride we are well into the series and half the girls who arrived and survived the initial massacre by dinosaur have found and been impregnated by their very own caveman alien. Because of this, they aren’t too sure if they ever really want to go back to Earth, as their alien husbands wouldn’t be able to follow. Aurora isn’t one of those girls. She can’t wait to leave.

Of course, that all goes a little awry when she meets aka shots a certain white striped sexy alien caveman. Twice. Once in the ass. But, despite Trak’zor capturing her and tying her up…she’s also never felt so safe as when she’s with him. Suddenly staying doesn’t seem so bad.

So far, this book is my favourite in the series; Trak’zor and Aurora have such great chemistry. The witty banter between them is hilarious, which is quite the feat as for a lot of the book they speak to one another in a “Me Tarzan, you Jane” type syntax. They weren’t shy in their desire for one another as well so prepare for some scenes that’ll have your kindle screen fogging up.

This was a great read and was a lot of fun and I loved the main characters of Trak’zor and Aurora. Definitely the best book in the series so far. 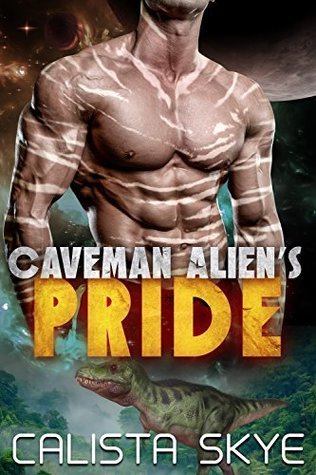 This sounds like a great series. Hopefully it gets released in paperback!

Never heard of this series tell now. Thank you and great review.

Okay, my curiosity is piqued. I need to read this. Haven’t found a fun and cheesy sci-fi rom I liked for a while. 🙂

Awesome review suzanne!! Shared on all my socials!!