We are pleased to welcome to Under the Covers the lovely author duo, Kennedy Fox.  They’ve recently released the conclusion of their Checkmate Duet series and we got to have a little chat about that, their process and their future plans.  Please help us welcome them to the blog and don’t forget to enter the giveaway at the end 😉

Welcome ladies and lets jump right in.  How did you come up with the idea behind the Checkmate series and was it always planned to be the amount of books it turned out to be?

The Checkmate Duet Series initially started out as a standalone romance called Baby, Make it Hurt. It was about Travis & Viola – enemies to lovers – and about halfway through, we decided there was no way we could wrap up their story in just one book. They were still at each other’s throats and we didn’t want to slap a HEA on it and call it a day, so we decided to rename it and make it a duet. Once we finished book 1, we talked about the idea of writing a spin-off based off Courtney and Drew. We wanted the series to “match” so we knew their story had to be a duet as well. And from there, we developed deeper into Kayla and Logan and decided their story needed to be told as well 🙂

THIS IS BEAUTIFUL is a second chance romance. What is your favorite thing about writing this trope?

One of my favorite things about this trope is bringing two people back together after falling in love once… the idea behind their story was that Logan had loved and lost once before and how would he handle losing another love? That was our main plot and we plotted the story around that. I loved watching how vulnerable Logan became once Kayla managed to tear down his walls, but in true second-chance fashion, things weren’t going to stay easy for long!

Being an author duo everyone has different dynamics. Can you share your writing process for us? What is the most difficult and the easiest part of this for each of you?

We have a very simple process, I like to think! I don’t know how others do it, but we have found what works best for us. We both want to be in the H and h’s head, so we both write dual POV’s. In the Checkmate Duet Series, it was two POV’s per chapter, so that was easy to switch off. We would rotate chapters and sometimes one chapter would turn into two because more needed to be told, so the next person would write the next two chapters and so on. If one happened to write more than the other, it was never a big deal. Once someone’s chapter is done, the other reads through it and edits/marks it up/makes changes. This is what we call “blending our voices”. I’ll reconstruct some of F’s sentences and she’ll change some of mine so our voices blend through every chapter. The goal is to make it so readers can’t tell two people wrote the book, it should flow as if one person wrote it, which is always the goal so it doesn’t read choppy. Once we do the ‘blending’, and we make it to the end of the book, F will listen to the entire book. She’ll mark up the doc as she listens and I’ll go in after her and approve or change her mark-ups. This is what we consider the revisions stage. Once we’re both finished going through the entire manuscript, we send it off to betas and then the editor.

The most difficult part would be when one has a clear vision of what a scene is and the other is the one who writes it. Whether it’s because we’re switching back and forth and that chapter lands on that person or for whatever reason, but it usually brings a lot of pressure to the other. However, we’ve had to learn to trust each other and know that anything can be changed or tweaked if one of us doesn’t like it.

The easiest part is that we’re both very similar! Our writing styles and voices are almost identical, which makes it easy when blending. Our process is also very similar so there wasn’t a lot of adjusting on either parts when we first started.

What’s your favorite solo book by your writing partner?

Neither of us have read each other’s solo books!! LOL!! Crazy, I know, but it just never happened and now we’re both so busy we just never got that far!

What quality do you admire the most in your writing partner?

The quality(ies) I most admire about F is how dedicated, loyal, and hard-working she is and she would probably say the same about me, because that is why we work so well together. We both hustle, work our booty’s off, and are perfectionists. We both have high-standards when it comes to certain things and we both are working towards financial goals that make us work as hard as we do. It’s come to a point now that after a year, we both just know what needs to be done and we both have our roles of doing certain things. F is the photoshop talent and website designer, so she knows that’s her role (because I have no idea on either of those things! LOL!)

What trope would you like to explore writing together in the future?

We have written 3 together so far and already have some planned for 2018, but I would say I’m most excited to do a forbidden romance. It’s a trope I’ve written under my Brooke Cumberland books and it’s always a lot of fun!

Finishing a series is always tough. What was the hardest thing about writing the final book in the Checkmate series and what will you miss the most once you move on to your next project?

The hardest part was wanting to live up to the expectations to the fans of the series. Letting readers down is always something in the back of my mind, but I knew I had to trust us and our process and that if we stayed true to our characters, our readers would be happy! We had a lot to resolve in the final book along with the final couple getting their HEA, so it brought a lot of pressure. The final book is always the hardest, IMO because you have to wrap everything up and sometimes it’s not always in a nice, pretty bow. However, the CDS ended in a very pretty bow 🙂

I will definitely miss these characters a lot!! We’ve spent the last year + in their heads and world and it’s going to be an adjustment moving on from them. They were our first book babies together and that will always make them super special to us.

What do you have in the works next?

Under our Brooke & Lyra names, we’re working on My Week with the Bad Boy (which will become a standalone series in the near future) and we’re going to work on those in between Kennedy Fox projects. In 2018, we’ll be releasing the next series called the Bishop Brothers! Readers will recognize them as Courtney Bishop’s four brothers from Texas that they met in This is Reckless & This is Effortless. Each brother will get a book and will be a different trope. We are super stoked for these! Checkmate: This is Beautiful
by Kennedy Fox

The anticipated conclusion of the Logan & Kayla saga in the Checkmate Duet Series from a secret duo under the USA Today bestselling author pseudonym, Kennedy Fox!

This second-chance romance will have you gasping and cheering this two on from the first to the last page! Are you ready to play the final game?

Kayla Sinclair is a saint and real life Angel.
She wears her heart on her sleeve and inspires me to be a better person.
Rescuing dogs, feeding the homeless, volunteering at the local food pantry are just a few of the ways she gives back to others, although no one has ever been there for her.
Falling for her was inevitable, losing her will destroy me.

Letting someone in didn't come easy, but she made me want to try for the first time in years.
Her bubbling personality and kind spirit make it impossible to forget a girl like her.
But when tragedy strikes and she loses all memory that our relationship ever existed, my worst nightmare comes to life.

I'll do anything to remind her of the love we shared. I know it'll be an uphill battle, but I won't walk away without a fight. Whoever said all is fair in love and war never played by my rules.

*Recommend for ages 18+ due to sexual content and adult language.*

**This is book w in the Logan & Kayla Saga--a second-chance romance. Must read This is Dangerous first. However, you don't need to read any of the other Checkmate duet series to enjoy this one, but it's recommended as they are both introduced in the earlier books.** 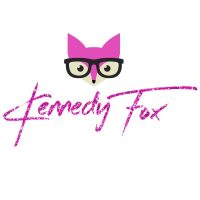 Brooke Cumberland & Lyra Parish are a duo of romance authors who teamed up under the USA TodayBestselling pseudonym, Kennedy Fox who share a love of You’ve Got Mail and The Holiday. When they aren’t bonding over romantic comedies, they like to brainstorm new book ideas. One day, they decided to collaborate and have some fun creating new characters that’ll make your lady bits tingle and your heart melt. If you enjoy romance stories with sexy, tattooed alpha males and smart, independent women, then a Kennedy Fox book is for you! 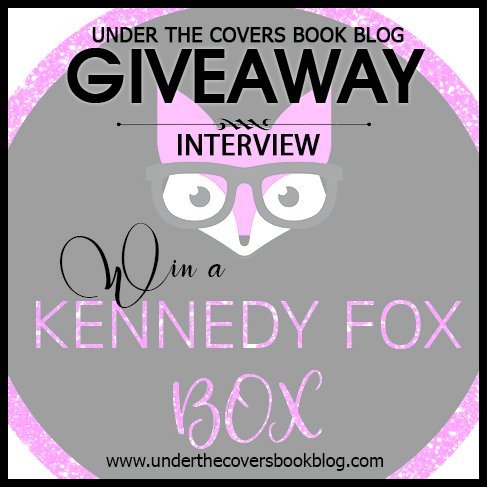 Win a Kennedy Fox Box with your choice of signed book from the Checkmate Duet series and matching swag.
This giveaway is sponsored by UTC and open internationally. 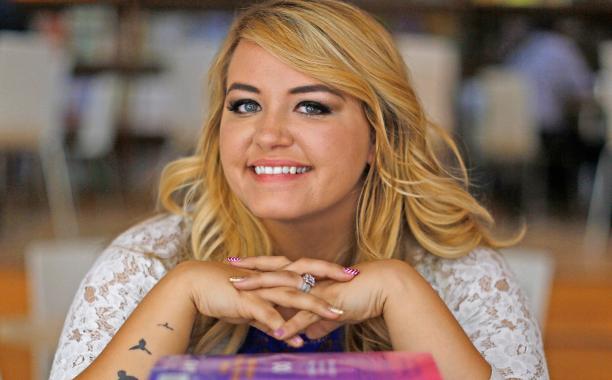 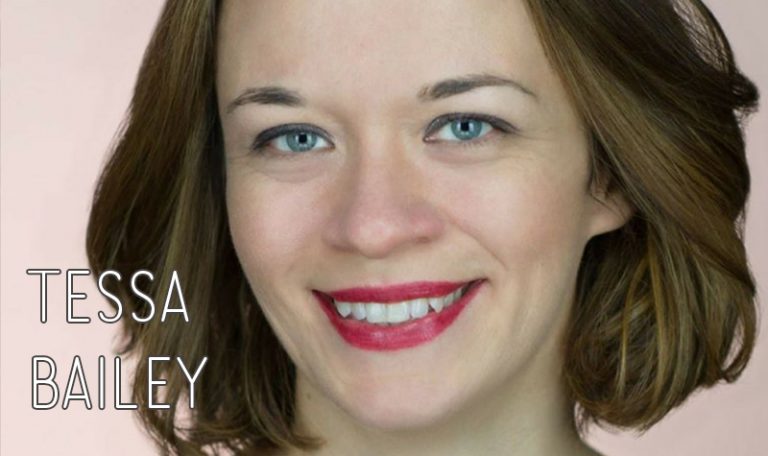 I can’t believe you have never read each other’s solo work…that is just too crazy!

I loved this interview! Especially the part about your writing process. I was curious about that.

Loved this interview! I’m sad the series is ending, but now I can read your individual books 🙂

I love this duo and they have obliterated the tropes!

Thanks for the post, I have a few of these on my TBR pile.

I can’t wait to read this series!

Great giveaway!!! Shared on all my socials!!

Thank you for posting the interview with these ladies! Love them!

This series has been in my TBR pile…i need to read them !

A great interview thank you.

Great interview. Liked learning how they work the writing together part.

I can’t wait to read this series.

I love this tandem, this series and Travis, lol. Thanks for the chance <3

Great interview, I love the insight into how two authors work together as a duo. And thanks so much for the chance to win!

I’ve never heard of this author. Going on my TBR ! Thank you!

I can’t believe I haven’t read you before! I’ve been missing out!!!

thanks for the chance <3 I love her books <3