“Why did he have to die, Wes? Why did he leave me here alone?”

“Oh, fuck,” he whispered before he pulled her close and cupped her face with his strong hands. She beat his chest with her fists, so fucking angry at the world, but he didn’t back away. He didn’t flinch when she hit him harder before resting her palms on the planes of his chest.

“It wasn’t your fault,” he whispered.

“But he’s still not coming back. I should have been there. I should feel something beyond this aching cavern of nothingness, yet all I can do is wonder why I’m not numb all the time. Why is that, Wes? Why don’t I feel like I should?”

She was whispering now, no longer yelling or hitting or even crying. She just was.

“You’re feeling like you need to. There’s no wrong way to heal, Jillian. Keep hitting me. Yell some more. I can take it.”

And he would. He’d do anything to help, yet she knew there was only one thing she needed from him. One thing that was possibly the worst mistake she could make, but she couldn’t think of anything else.

“Help me feel again, Wes,” she whispered. “Help me feel.” She turned her head and leaned into his palm. “I can’t…I can’t do anything else. Just help me be.”

He ran his hand through her hair and over her messy ponytail, giving it a tug. “That would be a mistake.”

“No, it wouldn’t. We are already on this path, and now I want to just be in your arms and forget everything else. I want to forget this pain.

Forget what I lost, and what I’ll never have. I want to remember what I can be when everything else is out of my mind. Can you do that? Can you help me?”

He let out a shuddering breath as he rested his forehead on hers. “I want you, Jillian. I do, but I don’t want to take advantage of you.”

“You won’t,” she said honestly. If anything, she’d be taking advantage of him, but she couldn’t stop needing him. Not now.

Wes ran his hand down her back, pulling her closer. “I can’t deny that I want you. I’ll never deny that. Not again. And if this is what you want? Then I’ll be that for you. And tomorrow, I’ll be what you need me to be, as well.”

What about what he needed, she wondered.

But before she could tell him that or have second thoughts, his mouth was on hers, and she had that spark of sensation that told her that she could feel with him. 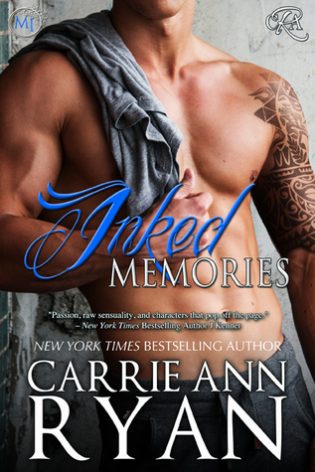 Wes Montgomery watched his entire family fall in love, and now finds himself ready to settle down. Except the one person he seems to find chemistry with is not only his twin’s ex, she also works for Montgomery Inc. But when the two find themselves in one compromising situation after another, Wes realizes he’s having second thoughts about the dynamic woman who’s burst her way into his life. Sure she sets off his temper, but she also makes him hot in every other way possible.

Jillian Reid never loved her best friend like everyone thought she should, so she pushed him away so he could have his future. Now, despite fighting it, she finds herself attracted to the one man she shouldn’t. When her father’s health takes a turn for the worse, and a danger no one saw coming show its face, she’s forced to turn to Wes for help. The two of them have fought off their attraction long enough, and each cave to the desire. But this enemies-to-lovers tale might have an ending no one ever dreamed of.

Art imitates life: Carrie losing her husband. So sad.
Thanks for the review.

Ok…I really want to read this!

Great excerpt!! Shared on all my socials!!

Ok…I really want to read this!

Art imitates life: Carrie losing her husband. So sad.
Thanks for the review.

Great excerpt!! Shared on all my socials!!