It’s no secret that we love paranormal romance here at Under the Covers, and shifters seem to be the least common kind that gets talked about around the genre.  While the fangy heroes are always sexy with their immortal, centuries old appeal… there isn’t anything quite like a furry shifter to make my heart start skipping a beat.  When I was making my way from reading Urban Fantasy and diving into Paranormal Romance many years ago, I discovered the Cascadia Wolves by Lauren Dane and I quickly devoured them.  I’ve been a fan of Ms. Dane’s writing across genres and I highly suggest you give this one a look if you haven’t yet if you are into more erotic paranormal romance and a good mix of shifters and witches.  They’ve recently been re-released with some hot new covers… Take a look!  And when you get through this series you can dive into some of the spin off series as well:  De La Vega Cats and Bound by Magick.  Happy Reading! This wolf mates for life…

Nina Reyes knows trouble when she sees it, and Lex Warden, Enforcer for the local werewolf pack, is nothing but. When her brother gets in too deep with some dangerous wolves and comes to Nina for help—dragging super alpha protector Lex into her life—she can handle it. She might have put her grifter past behind her, but she's still got what it takes. If only she didn't find Lex—his body, his scent, even his domineering nature—so intoxicating.

As Enforcer, it's Lex's job to protect his people. Nina might be more capable of handling herself than he initially thought, but that doesn't mean she's safe from their enemies. His need to protect her is more than just pack business—Nina, a human, is his mate. Bedding her once is not even close to enough; to satisfy his wolf, he needs a true bond.

The heat between them scares Nina, but sometimes the reward is worth the risk, and the thought of living without Lex terrifies her more than any threat the werewolf mafia can pose. Lex will do anything to keep her safe. And when the Rogues catch up to them, he'll get a chance to prove it…

This book is approximately 67,000 words

One-click with confidence. This title is part of the Carina Press Romance Promise: all the romance you're looking for with an HEA/HFN. It's a promise! Find out more at CarinaPress.com/RomancePromise

“You’re still healing. We should wait.” Unable to help himself, he leaned in and inhaled, the rich scent of her body.
“Gah! You with the talking. Shut up and fuck me already! Your little mister certainly wants to.”
He stood and pushed her back into the bedroom with his body. “My what?” His voice was incredulous.
“Thingy. Wee-wee. Johnson. Hoo-hoo. You know,” she indicated his cock, “that.”

The tri-mate bond is a myth

That's what Tracy Warden has believed all her life. Werewolves have one true mate, someone their wolf bonds to physically, mentally, emotionally. She didn't expect to find her mate so soon, but Nick, second to the Pacific pack's Alpha, is undeniably hers. The scent of him, the irrefutable way their bodies call to each other—it's the beginning of a new life for them both.

Until Tracy meets Gabe, and everything she thought she knew is turned upside down.

None of them expected this. It shouldn't be possible. But the bond they share can't be denied—and before long, they don't want to deny it. The triad makes them whole, and two alpha wolves in her bed—in her life—make Tracy wonder how she ever lived without the tri-bond.

But there's tension in Pacific, tension that goes much deeper than mere pack politics. Gabe, Nick and Tracy will do anything to protect each other, and their new bond is about to be put to the test…

This book is approximately 65,000 words

One-click with confidence. This title is part of the Carina Press Romance Promise: all the romance you're looking for with an HEA/HFN. It's a promise!

“Please,” she said through the kiss.
“Please what?”
“Please fuck me. I’m going to die if you don’t.”
“I don’t want this to be over.” The yearning in his voice tore at her.
“It has to be. I can’t feel like this, it’s not right.” Tracy knew that this thing between her and Gabe was something other than the anchor bond. Knew that it was deeper than that and it scared her as much as it seduced her. She had a mate, he was in the other room and she was in love with him and committed to him and she could not let herself fall any further into this thing she shared with Gabe.
“I know. But damn me, I want it forever,” he gasped as he pushed his cock deep into her hot embrace.

Overshadowed by the rising threat of the werewolf mafia, Ben and Tegan struggle to stand united. Werewolf Enforcer Tegan Warden has been alone since the death of her mate four years ago. Until she meets Ben Stoner at a local club and she feels something she thought died inside her. Things move very quickly and she finds herself mated to a human man whos not altogether sure he wants a forever kind of love with a woman hes just met. Ben realizes in short order Tegan is not only worth forever love, but a woman who'll stand at his side without tolerating anything other than a full partnership. In the bedroom its another story, as Ben has finally found a sexual submissive with a spark, and Tegan a man worthy of her submission. Together they work toward building a permanent relationship even as the specter of danger from the Pellini Group grows in the world of wolves. All around them, the rising violence threatens the Packs and the only thing they know for certain is one another.

“Am I what you want?” His words were soft, gentle.
Her heart swelled as she nodded, emotion making words hard to come by. “Yes.  From the first moment you touched me at the club, before I’d even seen your face, you were what I wanted. You’re what I need too.”

Previously published by another publisher under a different title

"Mark me and make me yours."

As an unmated alpha, Cade was beginning to believe his entire life would be dedicated to the pack. He'd do anything for his pack family, but his life isn't complete without someone to share it with. He didn't expect to finally find his reason for being in the heart and soul of his greatest enemy's sister.

Dr. Grace Pellini has never felt so isolated and afraid. Ever since her rogue brother threatened the existence of wolf and human alike with a viral weapon, she had no choice but to cut all ties with her pack. But now Grace has something new: Cade Warden, whose body and exhilarating scent make her come undone. In him, she's not only found her destined mate, she's also rediscovered herself, and her place in a world at war.

But the Cascadia wolves are not so unquestioning as Cade is of Grace's loyalty, and their suspicions are posing a dangerous threat. Now, to defeat a madman and end the war, Cade and Grace have only each other to trust—by finding their ultimate strength in the power of desire…

Fate had chosen well for him, he only hoped he could be as good for her as she was for him. 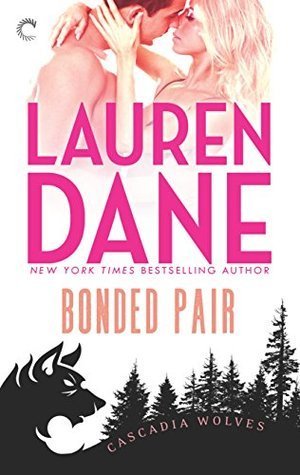 Previously published under the title, 'Fated'.

Megan Warden, Seattle's devoted Enforcer of the Cascadia pack, knows that she has a mate. Somewhere. She's just never found him. Then there he is at her cousin's wedding. Megan isn't just drawn to the werewolf's masculine, head-spinning scent—she's consumed by it. He seems so perfect, there has to be a catch…

With a successful practice in Las Vegas, Dr. Shane Rosario has lived outside the pack since he was born. Raised to hide his wolf in shame, he always assumed he'd marry a human.

Until Megan. Shane thrills to the ease with which she wears her wolf, and he craves every inch of her. But the idea of forever could be impossible. He's not willing to abandon his human life—even for a mate.

Something's got to give. Because this time, even destiny may not be enough to bind them.

This book is approximately 44,000 words

“Love isn’t enough so you have to work your tail off to make up that last twenty percent. Don’t rely on love, rely on your head and your heart and the knowledge that working and being in love is way better than slacking off and having it all fall apart later.” 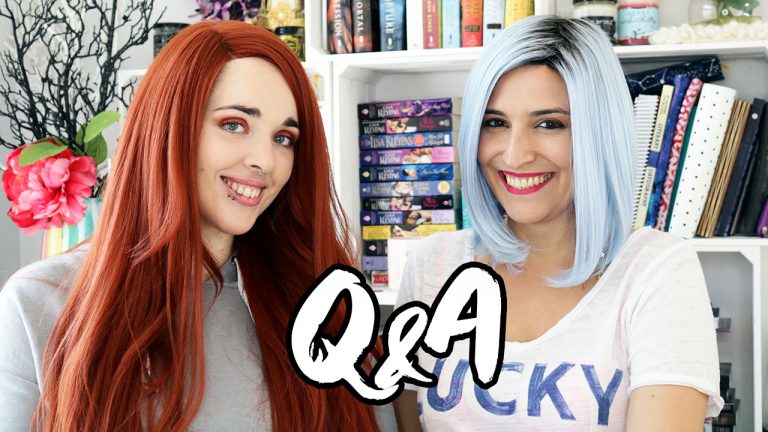 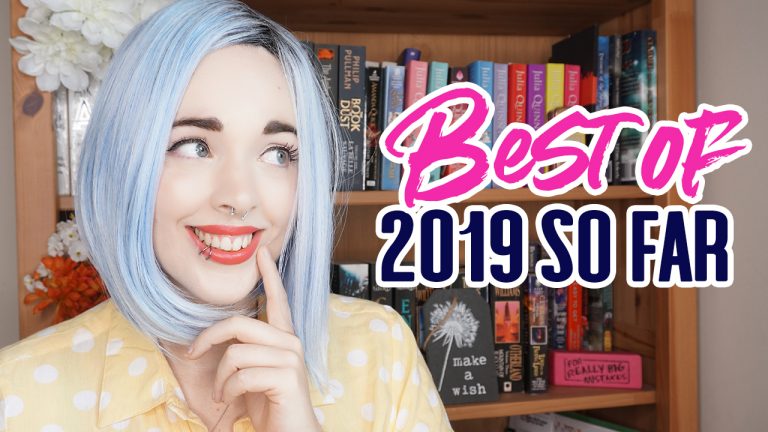 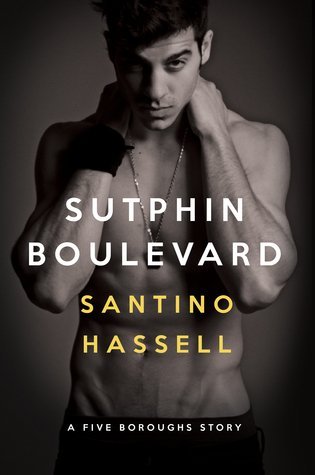 I’ve read Lauren Dane’s Brown Siblings, the two spin-offs, and Ink and Chrome, but I haven’t read any of her paranormal stuff. For the past few years, I’ve been strictly an audiobook reader, so even though I love me some PNR, these weren’t on my radar.

I just checked and Audible now has the entire Cascadia Wolves series listed as featured pre-orders to be released on August 21. Looks like I’ll have an entire new series to devour in August. Thanks for the recommendation!

Under the Covers Book Blog
Admin
Reply to  Mel

Woot awesome! Yeah, I was reading strictly audiobooks for a long time (years back) and Lauren Dane was one of those few authors that made me break that because I really wanted to read her and there was nothing on audio then (I might’ve started with the Brown siblings). Hope you enjoy them when they release on audio

Sounds like a great series!!I’m new to this writer!! Put this series on my tbr list on good reads,thank you!!!! Shared on all my socials!!

I’m not a fan of her writing but these covers are really good!

Her writing style isn’t for everyone, I’ve heard that before from others. I do love these new covers. So much better than the previous ones!

I’ve only read the first 2 books in this series, I need to finish the rest.

I need to get on these, thanks Francesca