Welcome to Under the Covers, Jill. We are so excited to be chatting with you today!

Thank you so much for having me – I love you guys!!

And we love you too!! Since this is your first time stopping by here, tell us five things about yourself that we normally wouldn’t know.

1. I have a very high (or is it low) threshold for embarrassment – especially in public. (My mother wants you to know she raised me better!) Want me to smear bright red icing all over my face to promote a friends book? Done! (Caution – red icing stains, so I looked like I had a fruit punch mustache for a day.) Share a pic of my curling iron mishap where I singed off all my bangs before one of the most important (and public) days of my life – sure!

3. In my 20s I became very sick, and wasn’t able to eat for months (no worries – I’m all better now Smile) Now I NEVER deny myself food. I try to enjoy and savor every taste of a meal. Side note: when you’re sick in bed and can’t eat, that’s when every commercial on TV is about food.

4. I’m a lifelong Girl Scout, and since you asked, I’m going to give you my quick pep talk about the importance of being prepared. Every one of us is only a natural disaster away from needing to know how to build a fire, sustain it, cook a meal over an open fire and how to purify our water (I live in tornado alley.) Writing is my passion, but I’m most proud of knowing that over the years I’ve taught so many girls these skills. There’s something really empowering for a girl to be able to build a fire and watch the flames burn bright, and I hope I’ve been a small part of her life on the journey to realizing she can conquer the world!

5. Kresley Cole gave me my nickname – JAM – which are my initials.

You recently had a book turned into a movie by Lifetime! First of all, congratulations!! Tell us a bit more about what this experience was like for you?

Oh, wow! It was amazing. I had to keep the news secret for only a short time, but I was BURSTING to shout it out! The cast is amazing, and I had such a blast live tweeting with my friends the night it premiered. It’s a little odd when you see characters that were once only in your mind on a screen – saying words you’ve written. Everyone involved, editors, screenwriters, actors and directors take what you created and add their own touches and subplots. It’s fascinating.

And for anyone who isn’t familiar with what we are talking about, how would you summarize the book this movie is based on, NAKED PURSUIT, in a tweet (140 characters or less)?

Handcuffs. A sexy stranger.
What did she do last night?

While their minds are blank, their bodies definitely remember what happened. But do the messages they left themselves the night before reveal that their lives are in danger?

Let’s talk a little bit about your latest release, T&A: Revelations of a Romance Novel Heroine, because it is certainly a unique book. I don’t think I’ve seen anything like it before. What was the inspiration behind this book?

Like every book I write, the idea came to me WHILE I was writing something else. Many call this shiny new book syndrome. Somewhere around the 3/4 point of a book, I get tired. I begin to question myself. Doubt creeps in – that’s when the new book idea says with a wink, “Hey! Look at how fun I’d be to write!”

I was writing a blurb for the current work in progress, and suddenly I thought – what if someone is constantly blurbing your life. Commenting on your life choices and then making snarky allusions to what might happen next. Just like what I did above with The Wrong Bed: Naked Pursuit: But do the messages they left themselves the night before reveal that their lives are in danger? What if you hear all that while you’re trying to live your life?

So, I took ah hour off from writing, jotted down my ideas for the new story and then went right back to the current work in progress. That’s the only way to defeat shiny new book syndrome.

After witnessing the hardships of losing vision has done to her beloved grandmother, Annalise dreams of helping others. She’s only an internship away from graduating and getting her MD. She must stay utterly focused, so, of course, that’s when the author decides to drop in the kind of swoon worthy hero guaranteed to mess up her plans. Because authors are jerks – that’s what we do!

What makes Theo Griffin the ultimate ‘hero’ in your eyes?

I love a man with secrets and passion, but who’s always up for a little adventure (and providing it). Theo will fight – and fight dirty if he has to – for his family and for Annalise. He’s also got killer abs!

The Darkest Promise by the amazing Gena Showalter. I adore all her Lords of the Underworld series, and her latest is always my favorite, although I do have a soft spot for Maddox from The Darkest Night.

What’s your favorite trope (to read and to write)?

I love Love LOVE enemies to lovers. There’s something intriguing about when the sparks are flying and you’re wondering if they’re going to fight or kiss.

If we were unforgivably rude and looked in your purse right now, what would we be most likely to find?

Be as rude as you want, cause you’ll be so bored. I rarely use a purse now, and when I do it’s mostly when I travel and it only has my wallet, some lip balm and my keys. Here’s why:

I have this (bad) habit of losing my purse. Been that way since high school. I’m not sure what it is, but I’ll just set my purse down somewhere and forget about it. And it doesn’t matter if it’s an expensive purse or something cheap (I’ve tried working that rationale). If it’s a purse and I put it somewhere, it’s going to be lost or stolen.

So, after losing it twice* in one year, I made this bet with my husband that I’d wear a fanny pack for a year if I lost it again (in an attempt at adverse psychology). I guess I don’t need to tell you the rest of the story. (*I say twice because this doesn’t factor in the times I left I purse and went back and it was still there. My sister-in-law reminds me of a time I called her late at night to retrieve my purse from a restaurant . She’d been coloring her hair and had to go with a towel wrapped around her head.)

My year of wearing a fanny pack was almost over (Yes! I mean, I can be embarrassed in public, but this was awful), when, for Christmas, my daughter who was about 6 or so at the time, gives me this bright teal fanny pack. She was with my mom at the mall when she spotted it. She fell in LOVE with it, and thought it the most beautiful thing (her mom HAS been wearing a fanny pack in her purse formative years I suppose) and just knows I will LOVE it, too. My mom tried to talk her out of it, but no.

So anyway, I had to wear a fanny pack for another year.

Well, my favorite breakfast is buffet style at a fancy restaurant Wink but usually I eat Greek yogurt with some kind of berry and granola.

Who is your ultimate book boyfriend? Or at least the one that holds that top spot at the moment?

So, I know you said ultimate, but can’t I have three ultimates? Ruthless vampire Lothaire by Kresley Cole, the yummy dragon warrior who must make a fateful choice, Darius en Kragin from Gena Showalter’s Heart of the Dragon and wounded and fierce and so loyal Gabriel Scott from Managed by Kristen Callihan.

Readers have been asking for Revelations of a Romance Novel Rival – Selena’s story from my Revelations series, along with another secret project I hope to reveal soon. My newsletter subscribers always get first word, and you can subscribe here: http://jillmonroe.com/newsletter/

It’s been a blast – thank you! 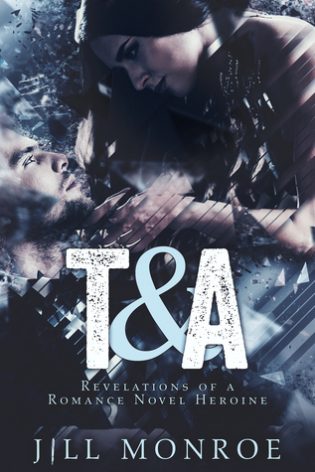 Some think their lives are ruled by fate. Others by chance. But Annalise Morrison knows who crafts her destiny – an interfering author hag – and if Annalise ever finds that meddling writer, she is going to shove that keyboard down her throat. No one is going to tell her who to date, but grrr…why does Theo Griffin have to be so hot?

Theo Griffin’s down to play hero to Annalise’s heroine. He’s all in for any kind of action between the sheets this novel requires. That’s what the hero does in these kinds of books, right? But this sexy woman entices him to ditch his plans and tempts him to give more of himself than he ever thought possible. Will he turn his back on love…or surrender?

It’s fun and games until the emotions turn real…

Author’s Note: T&A: Revelations of a Romance Novel Heroine is a full-length standalone novel, part of the new Revelations series. Due to strong language and sexual content, this book is intended for readers over the age of 18. 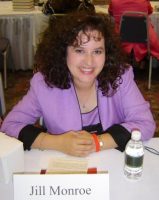 I credit my interest in writing romance to my grandmother. She gave me my first Harlequin to read during the hot summer days I spent on my grandparent’s acreage in rural Oklahoma.

Immediately I was hooked!!!

Over the years, I would pick up a pen and write down ideas. The first two books will never, ever see the light of day. (I should probably destroy these so no one accidentally reads them!)

On December 18, 2003, I received “The Call” from Harlequin. Actually, my answering machine received the privilege. Never Naughty Enough was published as a Harlequin Temptation Heat less than a year later.

I make my home in Oklahoma (where many of my books are set) with my husband and two children. My hobbies include reading, pinning things I never plan to make, composting (yeah, I know) and watching OU play ball. I also had to learn all about NBA basketball when the Thunder moved to OKC! The least domestic thing I like to do is cook, which is why I try to avoid it as much as possible. 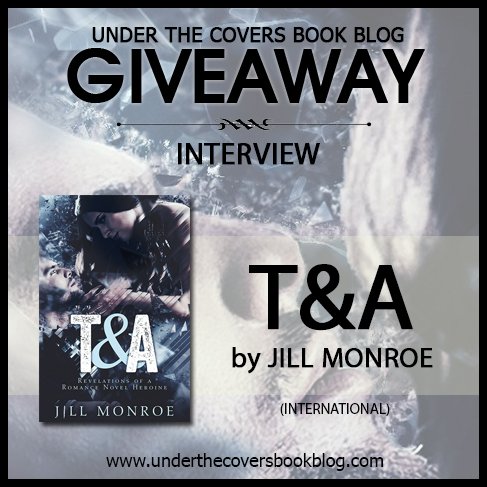 Great interview, thanks for sharing!!! 😀

Thanks for the interview…shelved on Goodreads…

Great interview and giveaway!! ,shared on all my socials!!

Great interview. I love Gena’s Lords of the Underworld series.

Congratulations! This book sounds good, thank you! Also, I too suffer from curly girl hair styles.

This new book sounds intriguing! Thanks!