Hi Shiloh, welcome back to Under the Covers! Since you’ve visited here last you started a new series called F*ck Club. With an interesting series title such as that, we have to ask what was the inspiration for the series?

The heroine in this story is actually writing about male escorts.

Can you tell us more about Shawntelle’s character?

Weeeellll…Shawntelle’s got some secrets, so there’s not much I can say without giving away the story but she knows about Con’s past, knows he used to sleep with women for money. She makes assumptions about it, but still thinks he’s insanely hot–and she still knows he’s bad news. Especially with her secrets.

If you had to describe this book in 3 words, what would they be?

What do you think readers would be most surprised about with Conner’s character?

If you can share without being spoilery, what scene was the most fun to write?

What’s been the easiest and hardest thing about writing this series?

Depicting that male escorts–escorts in general–might not be the sleazy type people assume. Not that I’ve ever met any or even talked to one, that I know of, but people in hard situations make decisions that those of us who’ve never been there would never consider.

For long time fans of your writing, what can they expect to find in this new series?

What I tend to write…emotion, real relationships and not just romantic ones, but the ties that form between friends and family. Oh…and heat.

How many books do you have planned in this series?

Just three…the final one is Shame’s story, the best friend. He’s in love with Con’s baby sister but doesn’t let it show. Or so he thinks.

What’s coming next for you this year?

I’m reissuing a lot of my backlist books from two old publishers, so those books are coming. Plus I’m trying to finish the next Kit Colbana book. In July, I’m releasing a romantic thriller, PIECES OF ME.

Thanks for having me!!! 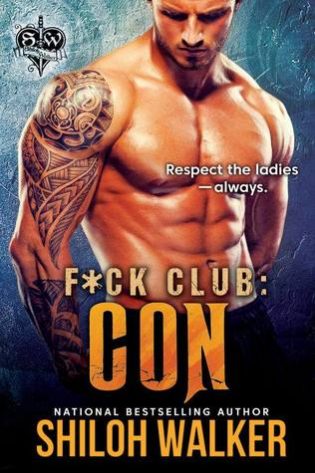 Conner Steele has nothing but respect for ladies. He absolutely adores them and takes more than a little bit of pride in his job—or rather, his former job.

After a run-in with a cop, former male escort Con, along with his brother Riley and best friend Shame, decided it might just be best to hang up their…hats and retire from the business of being paid to pleasure.

After all, they have a profitable business going with their new pub. No reason to ruin a good thing and Con is more than happy to keep pleasing the ladies—just…no longer as a job. Finding a date or company for the night has never been an issue for him, either. He’s been told more than once that he can charm a tiger out of its stripes. But lately a new hire at the bar is turning the tables on him—she is the one charming him, twisting him up into knots and getting him so worked up, he can barely see straight.

In his rather expert opinion, Shawntelle Callahan is nothing less than a queen.

And she’s a queen on a mission, too. Even as tangled up as he is over her, he can see that. First she tries to coax him out of retirement for one last engagement. When that doesn’t work, she sets out to drive him crazy. After finally admitting that she’s a writer who’s looking to do a story on male escorts, Con realizes it will be best to just stay away from Shawntelle. Sure, she says she’s just looking for some hands-on information but he knows there’s more to it than that. There are secrets in her eyes, barely hidden lies and doubt. 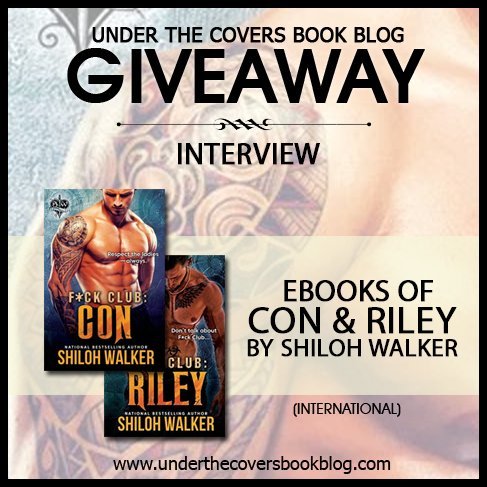 Ooh, this sounds intriguing! Adding it to my list! Thanks!

I’ve. Been wavering on if I was going to try these…

Thanks ever so….love her books!

Great interview. I gotta get my groove on with this series!

I thank you for writing great books that take me away to some where else!!

Great interview. Looking forward to this!

Added to my wishlist.

I enjoyed Riley’s book. Con and Shame’s should be good, too. Ms. Walker writes a fantastic book.