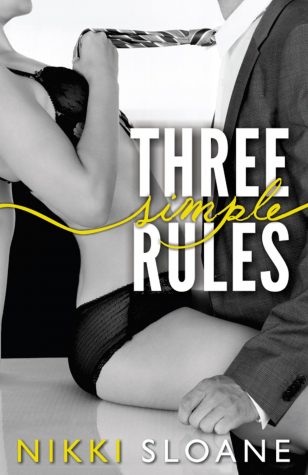 When I was picking books for the yearly Roundabout Challenge on our GoodReads group I realized that apparently I’m not following as many authors/series in the erotic romance genre anymore so I went hunting for ones that seemed to have great reviews.  I had seen this series around for such a long time and 5 stars reviews abounded, a lot from trusted people.  So I marked it as part of my reading challenge…..without reading even the blurb.  Solely on the fact that so many people loved it and said it was so hot.  I had no clue what I was in for.  Lets just say that this book is the first in a really long time to make me ANGRY.

Let me start by saying I’m not necessarily the biggest feminist on the planet, but I like to call things what they are.  And when a woman has no back bone and the man is a total douche, you just can’t come back from that in my eyes.  And that’s basically what happens here.  I don’t want to go into the who too much, although if you dig through reviews you can easily find it and also if you read the book for five seconds you’ll also catch on quick as to where the story is leading to and with whom.  BUT… The basic knowledge you need to have going in is that the heroine makes a mistake at work that she decides to pay to fix so she can keep her job.  This mistake will cost $9,600 and she has the bright idea to work at her friends “club” for one night to make that money.  The club is basically a whorehouse, and she goes through the motions and contracts etc and ends up blindfolded in a room (because for client privacy she can’t see who will be fucking her) and snags a client.  When he is basically done, blindfold comes off and she sees him for the first time.  From there, a relationship develops.

That’s all I want to say in terms of plot because if you want to read it I don’t want to spoil it.  However, there was just so much WRONG with this book that it made my blood boil all the way through reading (listening) to this story.  As I was giving commentary to the UTC girls via text, they were getting angry along with me.  First, I don’t see how I can think highly of the heroine who thinks this job is the end all be all that she would come to that decision to whore herself out to keep a job.  No, sorry, not worth it.  What is wrong with her?  And then comes the hero.  The douche can’t ask her out like a normal human being, he has to pay to sleep with her.  What is wrong with him?

To cement the fact that this heroine is mental, when the hero’s birthday comes around she thinks it’s a good idea to give him a threesome with her best friend as a pressie.  I have read many FFM and I generally don’t have a problem with it.  This book…. there are two instances of this in the book and both times made me want to get my knives out and start cutting people.  So much manipulation and forced situations.  None of it felt like the natural progression of the scene.  The author didn’t even make me feel like the heroine was 100% on board with it on either occasion because she was always second guessing things in her mind.  AWFUL!

This would’ve worked so much better as the plot for a porn movie because it lacked substance to be anything but.  There was a script of sex scenes and positions that needed to be added to the script and they were mechanically inserted into the story.  As much as some scenes were hot, they were nowhere near the praise I’ve seen for this book being the hottest thing ever because I’ve read much hotter.  Honestly, even in that I was highly disappointed.  I also don’t understand why people rate a book so high purely on the fact that they find it hot.  There’s gotta be more than that to a book for me.  There was no saving grace with this one!

As much as I wanted to give up and DNF it, I felt so strongly about it (read: stabbyyyyyy) that I had to push myself to finish it so I would feel justified to write this review knowing I had all the facts.  This never redeemed itself in my eyes.  Once a douche, always a douche.  And once a doormat, always a doormat.  Neither one of them changed for the better and if anything just did more stupid shit that made me want to stab their eyes out.

Bummer you didn’t enjoy, I gave this one a 3.

Thanks so much for this review. I bought this book and now, based on your review, I don’t know if I’ll read it.

I have this book but haven’t read it now I’m thinking I never will, thanks Francesca

Wow…I’ll definitely pass on this. Thank you!