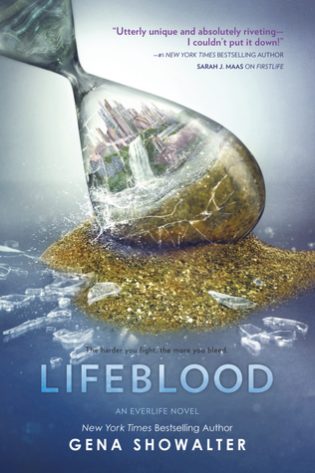 “LIFEBLOOD is another wonderful installment to the series.”
~ Under the Covers

LIFEBLOOD is the second book in the Everlife series by Gena Showalter. I would highly suggest reading this series in order as the first book kind of ends on a bit of a cliffie. Some answers are present in this book but mostly, Showalter raises more questions and puts Ten, our heroine, in some very disastrous situations. One of my favorite parts of the first book was Ten. She’s very independent and fun, but in this book, I think there was a bit of a change in her character. I’m not sure that she’s as fiery as she was in the first book, but that might just be because now she knows she’s in and over her head and must act a bit more rationally.

In terms of romance, there’s an interesting one here. I wondered what was going to come from it because really, the first book only introduced them and didn’t explore it as much as I wanted. I still don’t know where Showalter is going with it, but I am intrigued by Ten and Killian’s dynamic. I really like him. There’s a complexity to his character that I find intriguing. We never really know where his thoughts are or what he’s going to do next and I think that keeps the readers on their toes when he’s around.

Again, Showalter continues to build her world from the ground up and I really like the way she’s done it. She doesn’t reveal everything all at once and that’s a good sign. If she did, I think it would bore readers and it probably wouldn’t be as good as it is now. LIFEBLOOD is another wonderful installment to the series. 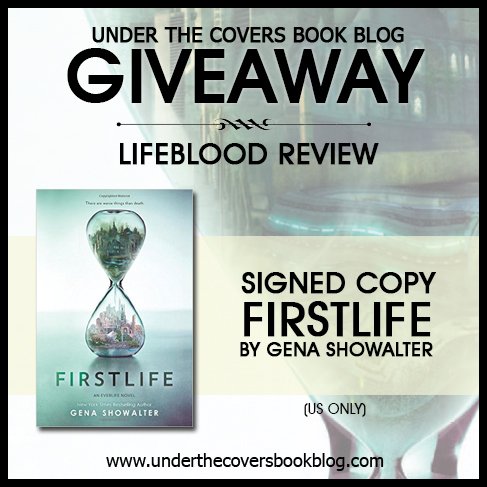 Thanks for sharing your review, I’m excited for book 2 now.

Great review . Thanks for the chance .

Thank you for the review, I love Gena.

I’ve yet to read a GENA SHOWALTER that I’ve not loved. Can’t wait to read this awesome series.

This looks like a good book! Thanks for the review!

Mythology,that sounds really great!
Looking forward to read this series,Gena Showalter is amazing author 🙂
Thanks for the lovely review Annie 🙂

I havent started this series yet but i adore everything Gena has ever written!

Can’t wait for this book! Gena is awesome and cool review.