It seems as if the past few months I keep thinking of Vampire Academy, or for some reason it pops up.  So it was fit to see a 10th Anniversary Edition of the first book being released this month.  There is one thing this series has suffered through.  Some bad covers.  But everyone!  Please disregard the bad covers and look further, because this is one of our favorite Young Adult series.  One that we loved reading and would love to be a part of.  And if you’ve watched the movie… no, the books aren’t like that.  Solid writing, great plots and the characters.  Ahhh the characters.  Rose is, to this day, one of our favorite heroines EVER.  If you know how many books we’ve read, then you know that is an incredible feat.  And there’s the Dmitri, and the chemistry between him and Rose.  It just all makes me sigh and want to re-read them.  Maybe it’s time!

This is also the one series I’ve considered getting corresponding tattoos (molnija marks).  A series that delved into the trope of royals before it was a thing (the Moroi).  Set at an academy that, in the same vein as Harry Potter, trains young Dhampirs in the arts of combat to protect the Royal Moroi against the evil Strigoi vampires.  Trust me this is a series you want to read if you haven’t yet.  It’s action packed, with a beautiful world building, and a good dash of romance.  I don’t think there’s a better representation of young adult for a romance reader to get into.

Sadly, we read these books way before we started this blog and we don’t have reviews for you to read (with the exception of one linked below).  But here’s all you need to know.  This is a must read series recommendation from us.  If you’ve read it, please help us reminisce today and share with us in the comments your favorite thing (quote, moment, character, book) about this series.  And if you haven’t, hopefully you’re picking up book 1 today. 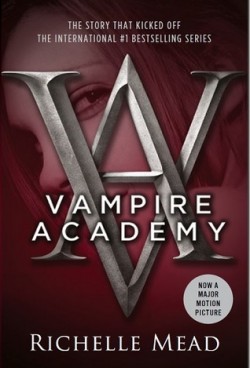 “Did you see that dress?”
“I saw the dress.”
“Did you like it?”
He didn’t answer. I took that as a yes.
“Am I going to endanger my reputation if I wear it to the dance?”
When he spoke, I could barely hear him.
“You’ll endanger the school.”
I smiled and fell asleep.

Fall in love with Dmitri, all leashed power and few words.  His intensity and Rose’s completely opposite personality was the first thing that made me fall in love with these characters.  And the fact that the plot was fast paced and engaging was just the cherry on top. 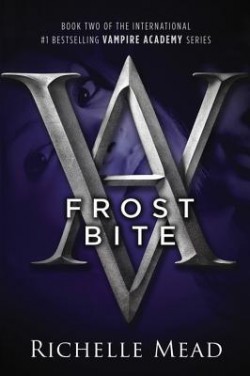 “By the way, my name’s Rose Hathaway. I’m seventeen years old, training to protect and kill vampires, in love with a completely unsuitable guy, and have a best friend whose weird magic could drive her crazy.
Hey, no one said high school was easy.”

This is the book that introduced us to one of my most beloved and usually underappreciated character of all time.  Big words, huh?  Adrian Ivashkov.  I love this guy.  From here he goes on to cause a lot of turmoil in the perfect world of Rose and Dmitri, but while doing that he will steal your heart.  We explore more of the powers each one of these kids have and how they control them.  And the Strigoi become a more imminent threat.  All in all, the action kicks it into high gear and it doesn’t let us from here.

“Rose only hangs out with guys and psychopaths,” said Mia.
“Well,” he said cheerfully, “since I’m both a psychopath and a guy, that would explain why we’re such good friends.” 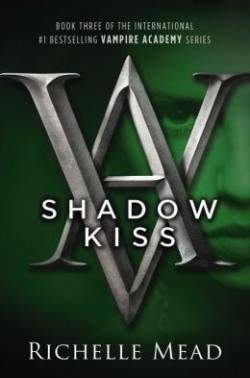 “He stepped back and threw his arms out.
“I’m always crazy around you Rose. Here, I’m going to write an impromptu poem for you.”
He tipped his head back and shouted to the sky:
“Rose is in red
But never in blue
Sharp as a thorn
Fights like one too.”

Have I mentioned by now you’ll probably be hooked and addicted?  You know what’s lucky for you if you haven’t discovered the series yet?  That you don’t have to wait for the next release to come out!  The wait for these books was insufferable and then release day would come and the joy of finally having it was buried in the rush of reading every word as fast as possible.  SHADOW KISS was a stellar addition to the series in that the plot delves deeper but the romance also steps it up.  But what stands out in this book was Rose’s growth.  Rose’s character grows up so much throughout this series and we start to see a real shift here and that comes from a hard blow to her heart. 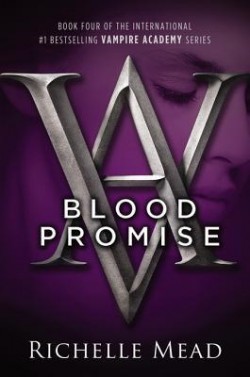 “Roza.” His voice had that same wonderful lowness, the same accent . . . it was all just colder. “You forgot my first lesson: Don’t hesitate.”

It’s hard to talk about this book without giving spoilers, so let’s just say this was a heartbreaking book.  It leaves us feeling the emptiness and sadness in Rose’s heart, broken as she is.  But that doesn’t stop her from kicking ass.  Even when it hurts, when it seems impossible to go on.  Just… read it.  And when you get to that twist at the end… just keep on reading!

“Yet, it had been Dimitri’s gentleness and thoughtfulness mixed with that deadliness that made him so wonderful. The same hands that wielded stakes with such precision would carefully brush the hair out of my face. The eyes that could astutely spot any danger in the area would regard me wonderingly and worshipfully, like I was the most beautiful and amazing woman in the world.” 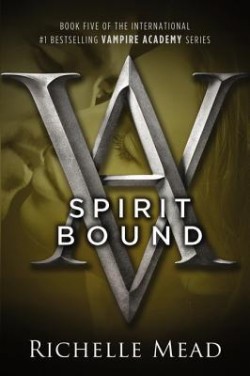 Intense and amazing!  There really isn’t much else to say about this book other than the author knows exactly what her plan is and executes that flawlessly.  I couldn’t have asked for a better resolution for a tough conflict.  Masterful!  This book is packed with changes and it certainly vamps our our excitement for the conclusion, as well as the spin off. 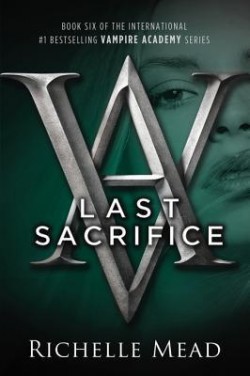 “Sometimes the greatest tests of our strength are situations that don’t seem so obviously dangerous. Sometimes surviving is the hardest thing of all.”

As Annie very well put it in her review of this last book… If the series had to end, this was the way to do it.  LAST SACRIFICE is the perfect ending to this perfect series.  Love. Intrigue. Politics. Action. Humor.  There’s nothing else I can say that describes how much I loved everything about this book (and this series).  All the twists and turns we had to get through, the hurdles we had to overcome with the characters.  It was all so worth it in the end.

“There was a look of woe on his face that was almost comical. Raids, bullets, criminals…no problem. A missing duster? Crisis.” 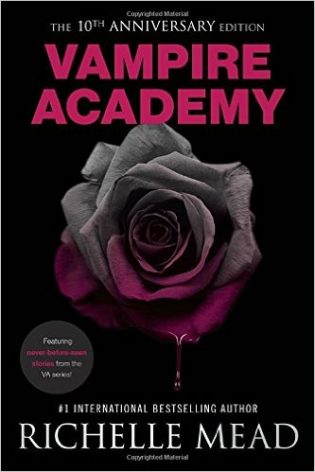 Richelle Mead celebrates 10 years of Vampire Academy with an exclusive, never-before-seen collection of stories that sheds new light on the world and its players:

The Turn and the Flame takes a deeper look into the dark stain on the Ozera dynasty...

The Meeting gives us a glimpse of Rose Hathaway through Dimitri’s eyes...

Hello My Name Is Rose Hathaway tracks the shenanigans that ensue when Rose and Dimitri become unlikely teammates in a high-stakes scavenger hunt...

Lissa Dragomir is a Moroi princess: a mortal vampire with a rare gift for harnessing the earth's magic. She must be protected at all times from Strigoi; the fiercest vampires--the ones who never die. The powerful blend of human and vampire blood that flows through Rose Hathaway, Lissa's best friend, makes her a Dhampir. Rose is dedicated to a dangerous life of protecting Lissa from Strigoi, who are hell-bent on making Lissa one of them.

After two years of freedom, Rose and Lissa are caught and dragged back to St. Vladimir’s Academy, where vampire royalty and their guardians-to-be prepare for a life fraught with danger. Rose and Lissa must navigate their treacherous world and never once let their guard down, lest the evil undead make Lissa one of them forever. But soon Rose finds herself gripped by temptation of forbidden love, leaving Lissa exposed to Strigoi attack. Now she must choose between the best friend she lives for, and the man she can't live without…. 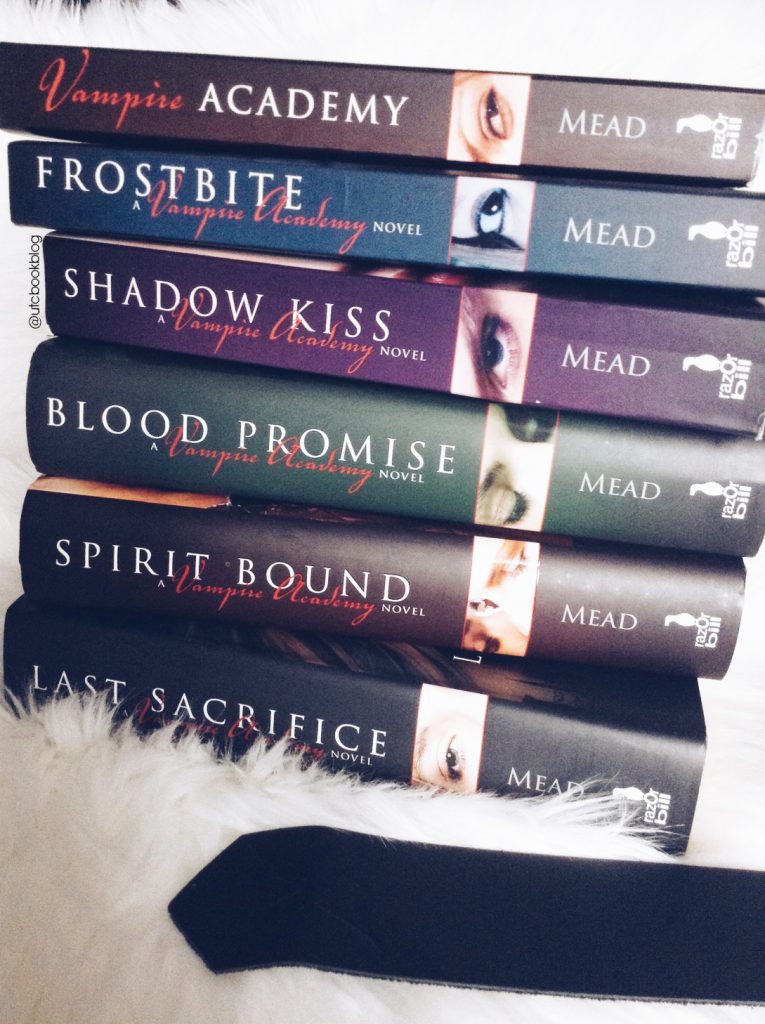 Have you read these already?
What’s your favorite one?

Absolutely great series! Thank goodness good or bad covers have never been a deciding point in reading a book. Can’t believe a bad cover would discourage a true lover of books to ignore a good read.

I still need to read this series