We are closing out our featured authors this paranormal week with a duo of two ladies that are favorite authors here at UTC.  Laurann Dohner and Kele Moon have teamed up to bring us a new paranormal romance series and the first book CLAIMED just recently came out!  Let’s welcome them to Under the Covers.

When writing with another author, what are some of the added perks as opposed to writing alone?

There are! The writing process can often times be lonely. It’s just you with your characters, but writing together, it makes it more exciting. Sharing scenes back and forth. Plotting together. Discussing the characters. The team effort makes it exciting.

What is the writing process like between you two?

Kele: It actually depends on the book, but with the one we’re currently working on Desmon’s story (Book 2 of Nightwind) it’s sort of a back and forth. One of us will write a scene, the other will edit, and then we’ll trade off. . .

Laurann: It’s a lot of fun and we get to bounce ideas off each other to make the book the best it can be.

Tell us more about CLAIMED and what readers can expect from this book?

In this story, Brandi, a human, is attacked by werewolves and chased through the woods. She thinks they’re going to kill her until Jason, an enforcer wolf for the Nightwind pack, shows up and saves her.

Jason has some issues with humans. His father was one and left before he was born, but he finds Brandi too tempting to resist.

What would you say is each other’s biggest strength?

Kele: I’d say Laurann’s biggest strength is her fast paced, well thought-out, always exciting plot lines. Plus, she’s particularly gifted with writing amazing openings. I’ve never read a boring opening from her. . . From that point she just sucks the readers in and makes them buckle up for the ride.

Laurann: Kele can make me cry with things she writes…in a good way. She writes in-depth characters that make me feel so much!

What is it about writing paranormal romance that you love the most?

Kele: For me, I think the freedom it allows. I write a lot of contemporary romance, particularly mafia contemporary romance and the world is very set in stone. It requires tons and tons of research. In contrast, building worlds in paranormal is very freeing and fun for me.

Laurann: I love vampires, shifters, and everything else that goes bump in the night so writing about them just makes me happy.

Kele: Oh Dear Lord. . .I have to admit I don’t have time to read much. I recently re-read all of Laurann’s New Species when she re-released them. It had been a long time for me since I read them the first time, and I was struck by how much I still adored the characters. Especially Justice. . .I have a real thing for Justice!

What can we expect next from each of you (or together)?

Together, we’re working on the next Nightwind book. This one is going to be longer as we dive deep into the life of alpha wolf Desmon Nightwind.

Kele: I’m also working on wrapping up my next Untamed Hearts Book, The Enforcer’s Revenge.

Laurann: I work on different books in the series I have. I’m working on the next New Species book, a Cyborg Seduction book, and a Mating Heat series book.

Thanks so much for stopping by and we can’t wait for everyone to read CLAIMED! 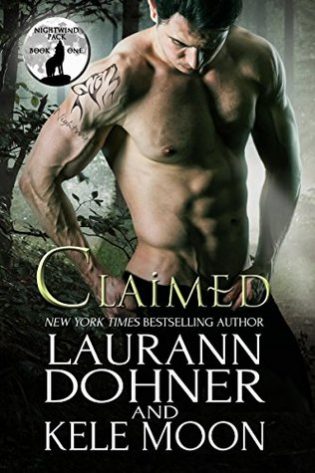 Kidnapped then released deep in the woods, Brandi is on a harrowing run for her life, hunted by beasts straight out of a horror movie. But there’s an even bigger, more vicious creature in the woods—the deadly werewolf who saves her life. Jason is much more than a man, dangerous and intimidating, and Brandi still finds herself wanting every unbelievably sexy inch of him.

When he investigates the desperate screams near his secluded cabin, Jason’s shocked to find his own kind hunting a human—but he ends up even more stunned when he accidentally triggers a mating heat in the beautifully lush woman he saved. Overwhelmed with lust, Jason takes her, bites her, binds her to him forever…

Now he just has to break the news to Brandi. 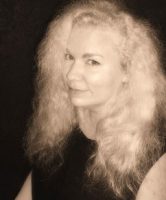 I'm a full time wife, mother, and author. I've been lucky enough to have spent over two decades with the love of my life and look forward to many, many more years with Mr. Laurann. I'm addicted to iced coffee, the occasional candy bar (or two), and trying to get at least five hours of sleep at night.

I love to write all kinds of stories. I think the best part about writing is the fact that real life is always uncertain, always tossing things at us that we have no control over, but when your write you can make sure there's always a happy ending. I love that about being an author. My favorite part is when I sit down at my computer desk, put on my headphones to listen to loud music to block out everything around me, so I can create worlds in front of me.

Well this is nice. 🙂 I didn’t realize these two great authors were partnering. I’ll have to check out the new Nightwind series.

Sounds really good, I’ve added the book to my wishlist.