I have been reading Gena Showalter for seven years now and she is still to this date one of my favorite authors.  The way she mixes chemistry between her characters, unique elements to her paranormal worlds and a great sense of humor always keeps me coming back for more.  I was late to the party starting the Lords of the Underworld series when there were already a few out but I discovered her before even some of my beloved paranormal series like J.R. Ward’s Black Dagger Brotherhood or Kresley Cole’s Immortals After Dark.  Still to this date, I consider her books must read for any paranormal romance lover.  So let’s talk a bit about my three favorite series by her!

LORDS OF THE UNDERWORLD

No vampires here!  This was a hard thing for my old vampire-obsessed self to wrap my brain around, but so much fun.  Our Lords are the keepers of demons that they inherited after opening Pandora’s box.  The mix of mythology in this series along with a group of warriors that each carry the pain and suffering of battling their internal demons while trying to fight for good is simply genius.

And it’s that unity of the group of warriors that drew me in at first.  Much like the Black Dagger Brotherhood and the Midnight Breeds series, it is that sense of community and friendship that makes them that much stronger and why I connect with them.  They tease each other mercilessly but will give their lives to save the other.  The lengths to which their friendship extends can be seen from the very first book.  Their era of sacrifices and pain slowly starts making a turn for the better as this series progresses.  Things aren’t always black and white, and throughout the series, we have some characters that could be considered more black that slowly start changing.  It’s always fascinating to see how Ms. Showalter will make me like someone I hate *cough*Legion*cough* but I’ve always been happy with the result.

You can expect so many fun storylines like the Keeper of Lies who has to literally lie every time he speaks.  I always wondered how I would get through a whole book of trying to decipher always the opposite meaning of what he was saying, but when I read his book it was such a fun delight!

And let’s not forget about the women that make these warriors stronger.  Harpies, angels, humans with powers, a goddess and many more.  There is one thing that stands out about the heroines in this series.  That is they are kick ass and feisty.  They go toe to toe with their mates and they have the power to back that attitude.

If you haven’t started this series yet and you enjoy paranormal warriors, then you need to try this fun take on mythology.  Let the battle between good and evil begin!

Want something completely different?  Then this series all about aliens is going to fit that bill.  I’m not particularly fond of aliens.  I can probably look back at my reading history and find only a handful of books on this topic.  But the way Ms. Showalter writes her aliens reads more like paranormal romance than sci fi romance, at least to me.  I was captivated from the very beginning with all the possibilities of different alien species this series explores and the battle being fought by New Chicago Police Department.  See this is very much like a police investigation but with agents in charge of the alien hunting forces.  Their job being to keep the city safe from the criminal aliens trying to wreck havoc in the city.

I will admit, the first book wasn’t the stellar introduction I was expecting, but one thing stayed true even then.  The characters and the unity between them while fighting a common evil, just like with the LOTU.  From then, I fell in love with the possibilities of these aliens when the heroine in the second book was an alien completely gold and an assassin.  It was fun to slowly discover the world Ms. Showalter envisioned.

The interconnected story arc drives that thrilling investigation storyline forward as the series progresses and the characters we meet along the way are some of my favorite in the PNR genre.  I would even go as far as to say that I love them more than the LOTU.

There’s the undeniable cocky charm of Devyn, the King of the Targons, who thinks he’s God’s gift to women and humankind in general.

“Be a good boy and fetch me another drink.”
“Darling, I can’t. You know how jealous you get when every woman in the room watches my ass as I walk away from you. So, really, by refusing to help you, I’m doing you a favor.”

“I’m very good at math. Example: Devyn plus Bride minus clothes plus a hard, flat surface multiplied by roaming hands equals greatest pleasure ever. When shall we begin?”

The gorgeous, moody and grumpy vampire McKell, who is just about perfection and will probably make your panties melt away.

“So you weren’t wanting the aid of another man?”
“No.” She could barely handle McKell.
“Then I won’t spank you.”
McKell… spanking her… Someone get this man a paddle.

The hot, tattooed perfection that is agent Hector Dean who can kill with a simple touch, in more ways than one.

The bonds of friendship between the girls.

Speaking of funny looks.
“Did you see the way that Hector guy eyed me up and down, as if I belonged in a scientific studies magazine for newly discovered fungus?”
“Yeah, but did you see his muscles?”
“How could I miss them? His I’ve-tasted-human-heart-and-liked-it black T-shirt was strained to the point of lunacy.”
“Vocab lesson time. You mean lewdness. As in, indecent.”

The bonds of friendship between the boys.

“Hey!” Dallas frowned at him. “When I tell you something’s a secret, and you tell me that secret is locked in the vault, you aren’t supposed to blab about it.”
Devyn blew him a kiss.
“How was I supposed to know Hector would have the key to my vault.”

If you’re a fan of the Immortals After Dark series by Kresley Cole then you need to pick up the Alien Huntress series.  These books are sexy, full of humor, with enough action and intrigue to keep you on your toes, a great supporting cast, drool-worthy heroes, VERY likeable heroines, and a fun take on aliens. READ THEM NOW!

Yes, I’m including a YA here.  Why?  Because this is the most fun retelling of Alice in Wonderland I’ve read.  Mixing so well elements of the original tale with a unique take on zombies (another thing I normally don’t read) Gena Showalter sure made me fall hard from the very first book.

Our heroines father had always taught her that monsters were real and how to fight them.  She assumed he was crazy until she’s hit with the reality of these monsters after she stumbles on a group of zombie killers moving amongst her classmates at school and she becomes one of them.  Maybe their most powerful piece of the puzzle in the battle yet.

While this has a very classic YA feel with all the required cast members, they still were extremely entertaining.  Each in their own way.  But what I loved the most, aside from the mechanics of how this world works and how to fight the zombies etc, was the male lead.  Cole is still a teenager but boy is he freaking hot!  There’s an intense vibe about him that drew me in like a magnet throughout this series.

Definitely a lot of Ms. Showalter’s voice still transfers into this genre.  Even though the maturity level might be slightly lower than her adult titles, a lot of the same character traits and humor show in this series.  There’s one thing for certain anytime you pick up a Gena Showalter book… A very well thought out world and plot that will give you a lot of substance to any story you’re reading but with the ultimate purpose of being an extremely enjoyable to read.

So which ones of these have you read?

See you there!
Find out more about Apollycon and get your tickets now 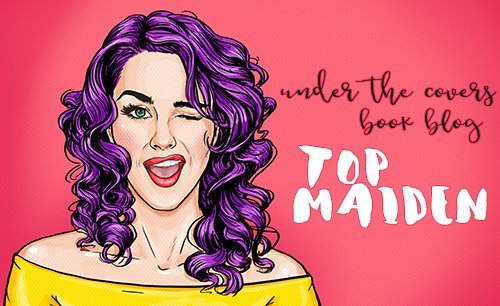 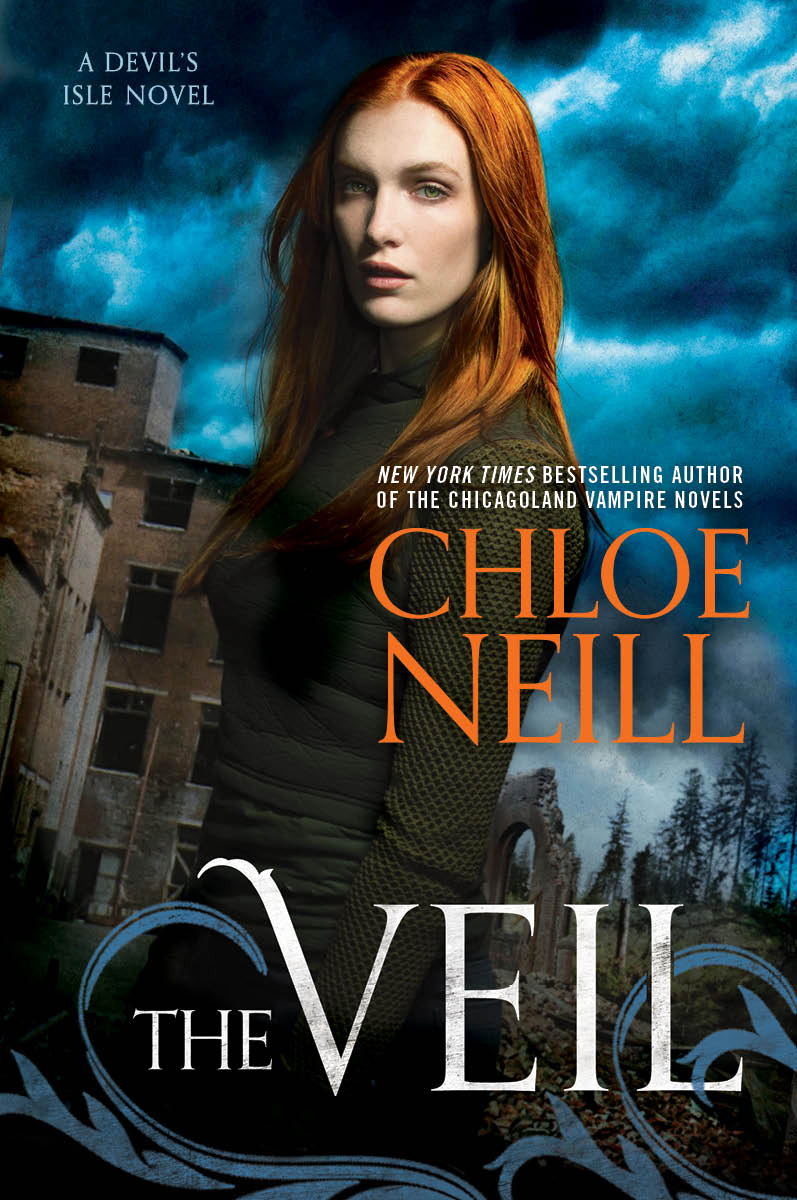 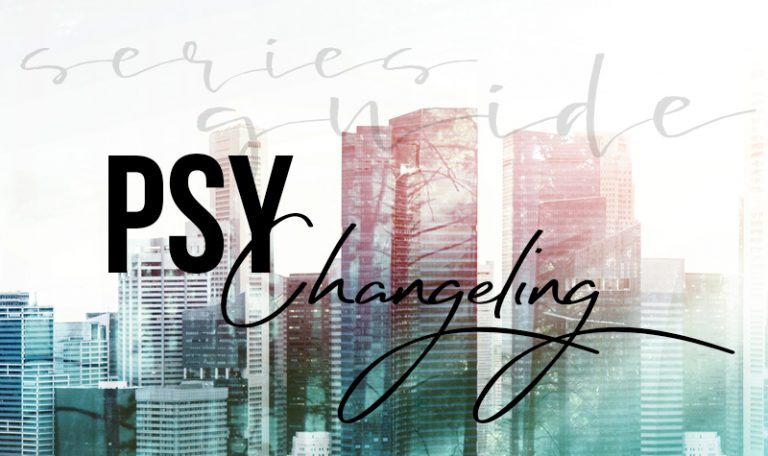 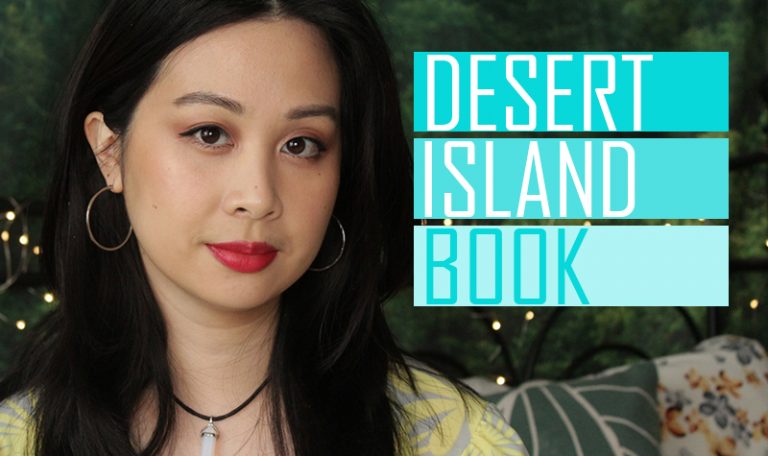 Thanks for the post on Gena Showalter. She is also one of my favorite authors. I devour her Lords of the Underworld books as fast as she writes them.

I wish I could meet Gena! I love the Lords of the Underworld series!!

I adore Gena!!! She is absolutely the most quick-witted person I’ve ever had the pleasure of being on a panel with. I want her brain!!! Also she’s a REALLY good writer. 🙂

I started lotu… I have to get back to it

I love Gena Showalter. Haven’t read her White Rabbit Chronicles yet but sounds like I should get to it!

I’m a big fan of Gena’s books and loved that challenge you gals hosted a few years ago so I could get caught up on several in the backlist and start the Alien Huntress series. I still haven’t tried the YA ones, but eventually.

I absolutely love both her Lords and Alien Huntress series. The characters are so fun, they make you want to read them again and again. Plus I just love Gena. She is such a great writer and is so good to her fans. She’s awesome!

I absolutely Gena Show alter. I love her Lords of the Underworld series!

Thanks for introducing me to Gena, these sounds like some great books!

I like her angels & assassins (which are spin offs of the above). wish she’d write more of those. LOU has too many books for me to want to start the series (and for some reason just don’t appeal to me, go figure)

I have been reading Gena Showalter for a number of years and am a fan of her Lords of the Underworld and Angels of the Dark books.

Confession, I haven’t read Ms. Showalter yet but I do have some of her books on my TBR pile and she’s a favorite of my BFF.

Gena Showalter is one of my favorite authors. Love her Lords of the Underworld series. Thanks for the great giveaway!

You’ve definitely got me intrigued. Especially with Lords of the Underworld.

i have the white rabbit series but i haven’t read it yet!!