Here at UTC we are huge Lisa Kleypas fans and for a lot of us, it was the Wallflowers series that made us fall in love with her writing. With four books in the series, it’s not a super long one so it’s a great one to start right away. Plus, each of the books happen in each of the four seasons so it’s good to read at any time of the year.

I remember first falling in love with these books. It was a few years ago now but the Wallflowers still remain as one of my all time favorite books from Kleypas. Maybe it was the historical setting or maybe it was the fun, quirky dialogue, or maybe it was the to-die-for heroes in this series, but all of it—every bit of it—is still vivid in my mind and I haven’t even done a reread of it! That’s when you know you really loved a series, when you can remember all your favorite parts without having to pull the book out.

Since Kleypas will be releasing another book that is loosely tied to this series called DEVIL IN SPRING next year (which is part of her new series but features someone tied to this series), I thought this was the perfect time to feature this series again and also urge you to try the Wallflowers out if you haven’t already. Trust me, you won’t regret it! 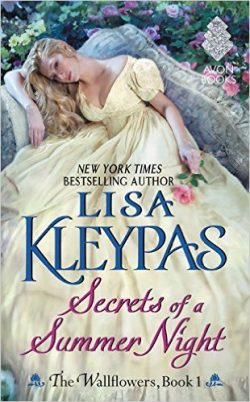 SECRETS OF A SUMMER NIGHT

“It seemed as if some subtle current of recognition had passed between them…not as if they had met before…but as if they had some close several times until finally an impatient fate had forced their paths to intersect.”

A word of caution when you start this series: be prepared to fall in love with Kleypas’ heroes. Simon Hunt is only the first of the many heroes you’ll come to enjoy. I’m sure I have claimed him for their own already (or at least one of the other girls at UTC has). But they are worth the read simply because of how sweet and hot they are.

“Having regrets is the only sign that you’ve done anything interesting with your life.” 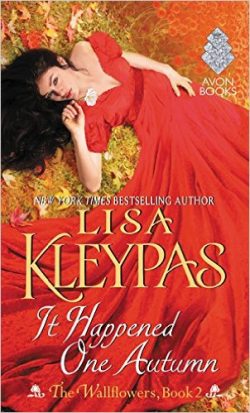 IT HAPPENED ONE AUTUMN

“In this life and the next, you’re my only hope at happiness.”

This book is favorite of many because of Lord Westcliff. He’s a little on the rough side, but there’s something about how he is with Lillian that transforms him. Also, I think it’s important to know Kleypas’ writing. In all of the books she absolutely kills it, but in this one especially. I mean, just read this quote and tell me you haven’t swooned. 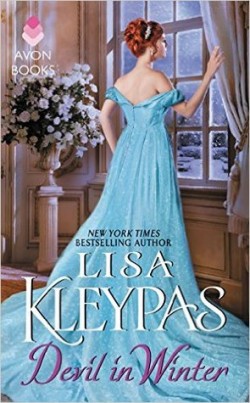 “Mysteries of attraction could not always be explained through logic. Sometimes the fractures in two separate souls became the very hinges that held them together.”

Ah, this is my personal favorite of the series and do you want to know why? Why it’s all because of Evie and St. Vincent of course. These two are my fave couple. The banter in this one will have you laughing and smiling all throughout. I guarantee it. Extraordinary circumstances bring them together but it’s love that makes them stay. I also love the big reveal at the end of this novel. It answers some burning questions that readers have had for a long time.

“Because I’m Sebastian, Lord St. Vincent. I can’t be celibate. Everyone knows that.” 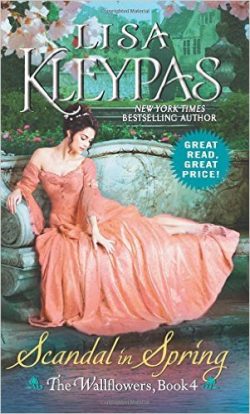 I’ve mentioned the heroes, the writing, and the banter but friendship and family are also a very big part of this series. Without any of that, I don’t think I would’ve loved this series as much as I do. It’s the sense of community that Kleypas makes here that makes you look forward to the next book and also, makes you remember the characters long after you’ve finished reading.

Devil in Spring
by Lisa Kleypas

Most debutantes dream of finding a husband. Lady Pandora Ravenel has different plans. The ambitious young beauty would much rather stay at home and plot out her new board game business than take part in the London Season. But one night at a glittering society ball, she’s ensnared in a scandal with a wickedly handsome stranger.

After years of evading marital traps with ease, Gabriel, Lord St. Vincent, has finally been caught-by a rebellious girl who couldn’t be less suitable. In fact, she wants nothing to do with him. But Gabriel finds the high-spirited Pandora irresistible. He’ll do whatever it takes to possess her, even if their marriage of convenience turns out to be the devil’s own bargain.

After succumbing to Gabriel’s skilled and sensuous persuasion, Pandora agrees to become his bride. But soon she discovers that her entrepreneurial endeavors have accidentally involved her in a dangerous conspiracy-and only her husband can keep her safe. As Gabriel protects her from their unknown adversaries, they realize their devil’s bargain may just turn out to be a match made in heaven...

Have you read these already?  What’s your favorite one?

Her stories don’t always do it for me. It seems to be hit or miss.

I’ll have to check this series out

OMG, I read the Wallflowers for the first time 2 years ago & did a reread this year. I may have read Simon’s book again. 😉 Also, the Wallflower Christmas, in which the hero is the brother of Daisy & Lillian. So, so good! The Hathaways & Bowstreet Runners series are also excellent! And Westcliff may have a small part in both of those series, too. 😉

Under the Covers Book Blog
Reply to  Sharlene Wegner

Yes! They are so great! She’s always my go-to!

Under the Covers Book Blog
Reply to  Amy R

Book one is probably my least fave so I would recommend to continue!