Centuries ago, Illarion was betrayed– a dragon made human against his will, then forced to serve humanity as a dragonmount in their army, and to fight for them in barbaric wars, even while he hated everything about them. Enslaved and separated from everyone he knew and from his own dragon brothers, he was forced into exile in a fey realm where he lost the only thing he ever really loved.

Now he has a chance to regain what’s been lost— to have the one thing he covets most. But only if he gives up his brothers and forsakes the oaths he holds most dear. Yet what terrifies him most isn’t the cost his happiness might incur, it’s the fact that there is just enough human in his dragon’s heart that he might actually be willing to pay it and betray everything and everyone– to see the entire world burn... 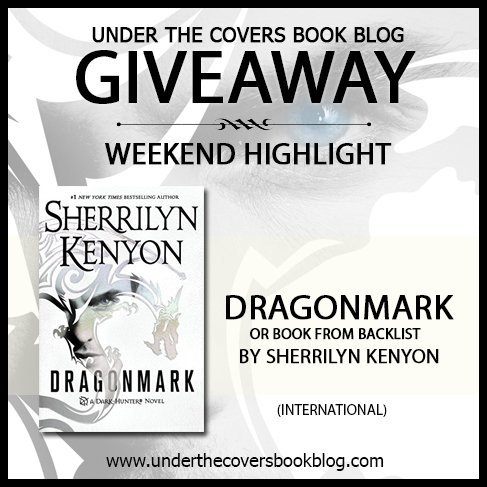 Thank you for this chance. I can not wait to read it.

Enjoyed this post. Great review. I love her DH books.

LOVE Sherrilyn Kenyon!! Thank you for the chance!!

oh i want to read this!! i absolutely LOVED a fantasy lover so now i want more^^

Such a great author!

This series is just awesome <3 Thanks for the giveaway

I have this book on my TBR pile, I will have to put on the top.

Hi Angela: Loved your review. I’m reading the book right now and I kind of knew an overlapping was coming but like you said it is to be expected from this series. I don’t mind them as long as it’s not to repetitive from the previous book and it helps to refresh my mind as to what happened in the other book. I seriously can’t wait for the next book on the series. I have a few characters that I’d like to have their story told but I learn not to expect any story in particular as she switches from… Read more »

Thank you for this chance.

I was afraid to start it…. but now I can’t wait!

Amazing series and i love the new cover ! Cant wait

I haven’t read Dragonmark yet,but I will very soon,because I love,love Sherrilyn Kenyon Dark Hunter Series 🙂
And yes,I like overlap stories,because we see also the other side of the story 🙂
Thank you Angela 🙂

Thanks for the post, I haven’t read anything by Ms. Kenyon yet.

Thanks for the post. Dark Hunter series is one of my faves.

Awesome, awesome series! Thanks for giving us a chance at the newest book.

This sounds great! I watched your youtube video. Thanks for the giveaway 🙂

Thanks for the great review! I’m really looking forward to reading this!

Thank you for the opportunity!!! I am looking forward to this book!