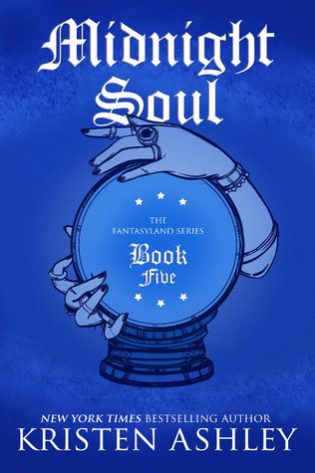 “I once again have fallen in love within the pages of another KA masterpiece.”
~ Under the Covers

Every time I am privileged to review an arc of a Kristen Ashley book I thank my lucky stars. I will admit I was wary of Midnight Soul as Franka Drakkar the heroine is a character I quite disliked. My doubts were all for naught as with tried and true KA style I once again have fallen in love within the pages of another KA masterpiece.

Midnight Soul concludes the Fantasyland series and for that reason there is always an underlying poignancy as we say goodbye to a world created by Ms. Ashley, that I would keenly visit again and again. A story where all is not as it seems, filled with discovery, redemption, forgiveness, laughter, love, and lest you wonder many steamy sexy times. We really get down to the nitty gritty of what has made Franka Drakkar the devious and malicious person we have come to fear and dislike in previous volumes of the fantastical series. Very early on in the story much is revealed and thus begins my rooting for her true happiness as I always find a damaged selfless heroine so deserving. KA exceeds at creating the perfect alpha male, Noctorno Hawthorne aka Noc is no less, complete with all his quirks that serve to provide much laughter and lightheartedness to the story line.  Once Frannie accepts that she is entitled to be happy and let’s go of her guilt things progress beautifully.

While the meat of Midnight Soul is the HEA of Frannie and Noc we also are gifted with another side story that honestly left me wanting more. Perhaps a novella will be in the works later on, one can only hope as she does state that on her site. As much as I dislike knowing from the start that this is a goodbye to a world I have come to love, I also know that all the wonder and magic that is a Kristen Ashley epilogue awaits me as well. The epilogue in this volume does not disappoint in fact it exceeded my expectations and will remain one of my favorite KA epilogues to date, the feelings of wonderment are beyond description and just complete perfection.

I have said this many times and it bears repeating, if you have not read a Kristen Ashley work you are depriving yourself. I strongly recommend that you read Midnight Soul, but start with volume one Wildest Dreams and if fantasy is not your thing than you are in luck for she rocks in all the genres she has ventured among. Please stop by her site for a full booklist and suggested reading order. Oh and you are Welcome. 😉

“I’m a member of a House, your House, may I remind you,” Franka’s father returned.

The man turned his gaze to Noc. “And you’re a peasant who I’ve not given leave to speak to me.”

Noc opened his mouth but Frey got there before him.

“Are you unfamiliar with the Prince of Hawkvale?” he asked.

“I know of these secrets,” the asshole fired back, a sneer twisting his lips, “and this is not the heir to the throne of Hawkvale.” He indicated Noc with his arm. “This man is nothing.”

“This man saved you from slavery at the hands of Minerva and her minions,” Frey retorted. “This man has the ear of the Queen. The Princess. And The Drakkar. This man is twin to the heir of Hawkvale. This man is far from nothing.”

“You can pretty him up as much as you like, nephew, but his manner, his speech. He may look like a prince of our world, but he’s far from that. He’s simply common,” Franka’s father returned.

“You are who you are, Frey, but I’m your uncle, your elder, and you never have leave to speak to me in that manner,” Franka’s father retorted.

That was all the asshole got out before Frey was across the room with his hand wrapped around the guy’s throat, his feel lifted two feet from the ground, and he was slammed into a shelving unit so hard, all the bottles swayed and four crashed to the ground. 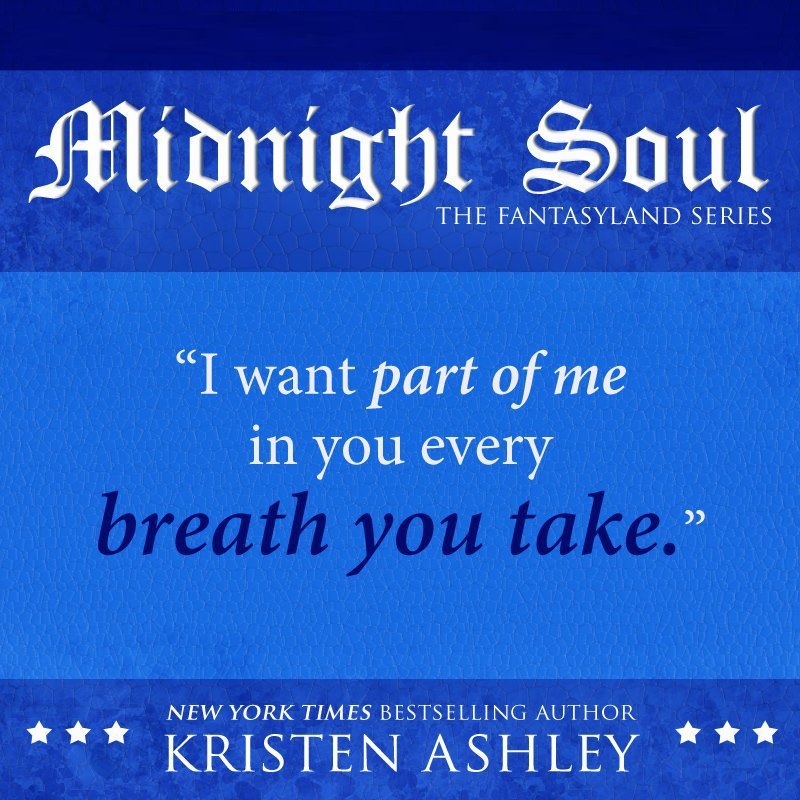 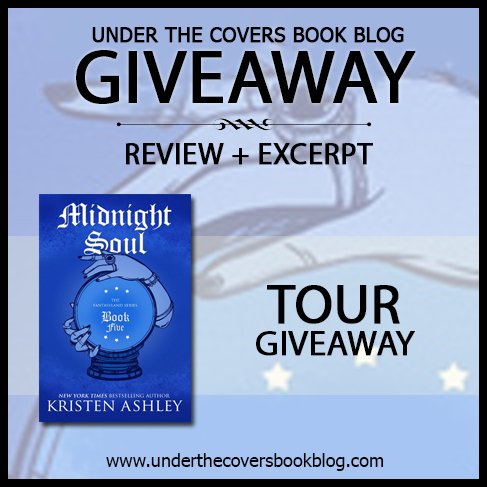 Great review! It makes me want to read the book even more now. I would love to really visit places in this series because of the way Kristen Ashley describes the environment being so vibrant.

Much as I love Kristen Ashley, I’ll be giving this a pass…. 🙁

I just started the first book in this series back in July. I’ve loved the world she created so far. The intrigue between all the players in the story and the exotic places is neat and what I love about fantasy.

Yay! I got to meet Kristen in Vegas. Super awesome chick! Thanks for the review!

I would be most interested in finding out how the parallel universe lives. Thanks for the great review and giveaway!

I would be interested in the clothes, food and language. I can’t wait to read this book.

Thank you for the review.
After reading The Golden Dynasty and it’s over the top plagiarism I haven’t been able to bring myself to read any more of her books.

I would love to know what my family and relatives are doing. And especially me. I hope that the parallel me is doing really well and is happy with her own family.