Today we are celebrating the release of WANDERLUST (out tomorrow, July 19, 2016!) and we got a chance to talk to Roni Loren about this latest project.  Please help us welcome Roni Loren once again to Under the Covers!

What was your favorite thing about writing this book and setting it in New Orleans?

New Orleans is my hometown, so it’s always fun to dig in and include fun details about the city. (Even if writing about the food made me hungry, lol.) It’s like visiting home. But I think what I loved most about this book was writing Lex. Nothing makes me happier than writing a sarcastic, playful, sexy hero who has a really big…ego. 😉 Lex is all brash confidence and sex appeal. So it’s fun watching a heroine take him down.

This is loosely tied in to one of our favorite series. Can we expect more of these type of stories? 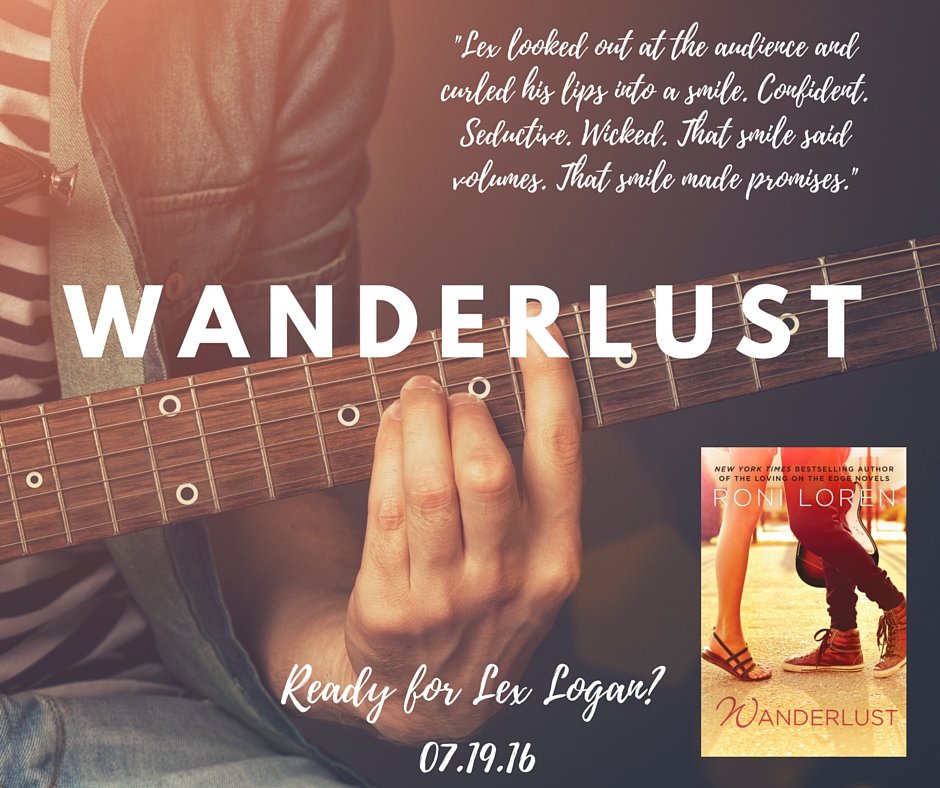 Writing about rock stars clearly involves music. Did you have a playlist set for getting in the mood to write this book?

I love rock music—80s, 90s, current. One of my favorite things to do with my husband is go to concerts. From the beginning, that’s been our “thing.” And we’re obsessed with watching rock documentaries (favorites being the rockumentaries by Foo Fighters, Pearl Jam, Thirty Seconds to Mars, and Tom Petty.) So this book is a direct outgrowth of that longstanding love of music, which means the playlist would be loooong. But in the book I do name-drop some bands. Lex (the hero) has a love of 80s rock, so Guns ‘n’ Roses, Motley Crue, Van Halen, Def Lepard, etc.

Tell us one special thing about the hero and the heroine?

Lex, despite being in a band and on the road all the time, is not a party hard kind of guy. He has his reasons, but it’s not his scene. I liked that Aubrey, the heroine, doesn’t necessarily have to “reform” him in that way. He finds his way there on his own before she comes into his life. And what’s special about Aubrey is that she’s fiercely determined and not a pushover. Not many could go toe-to-toe with Lex, but she can and does.

It didn’t keep me up reading under the covers because I was on a plane, but it did make a 4.5 hour plane ride go by like a blink. American Girls by Alison Umminger is YA and not necessarily romance (though there is a small romantic thread.) But it’s about a fifteen year old who runs away to her sister’s place in LA for a summer. And while there, she ends up researching the Manson murders and the girls involved in those crimes. But that’s not what the book is about necessarily. It’s a coming-of-age, finding yourself kind of thing with a big dose of dysfunctional family and the not-so-glamorous side of LA. I really enjoyed it. 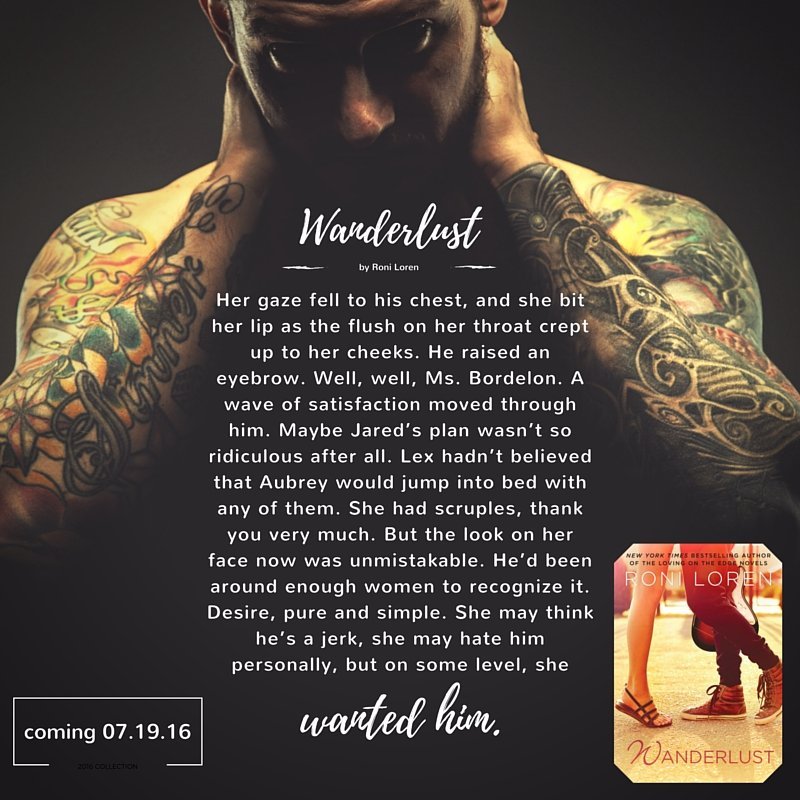 What’s next for Roni Loren?

Next up is Loving You Easy, the ninth book in the Loving on the Edge series. It will be out in September and is a ménage romance with a hacker heroine, an ex-con, and hot businessman/artist. *grin*

We can’t wait!!!  Thanks for sharing with us today. 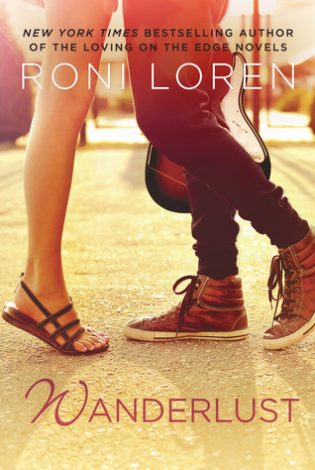 From the New York Times bestselling author of the Loving on the Edge series and Off the Clock, a story of sex, love, rock & roll, and a reporter who’s about to learn a new meaning for staying on top of her assignment...

Restaurant critic Aubrey Bordelon is never at a loss for words to describe her meals in the fancy restaurants of New Orleans. But after her magazine’s high-profile music reporter falls ill, she finds herself out of her element and in a sea of screaming fans awaiting Wanderlust’s lead singer, Lex Logan. The sound of his voice gives her goosebumps, and the stage presence of the hard-bodied rock star takes her breath away. So when he pulls her onstage for a sexy stunt, she knows she’s in real trouble.

Lex doesn’t want to pretend that the sparks on stage between him and Aubrey never happened, but it certainly makes the fact that she’s writing a story on his band all the more dangerous. The last thing he needs is some nosy reporter revealing their problems to the world. But the sexy Southern belle doesn’t give up easily, and soon he’s wondering if the best way to chase her off the story is to coax her into his bed…

“An angsty backstory made beautiful by a hero who doesn’t know how perfect he is.”—Carly Phillips, New York Times bestselling author

Includes a preview of the next Loving on the Edge novel, Loving You Easy! 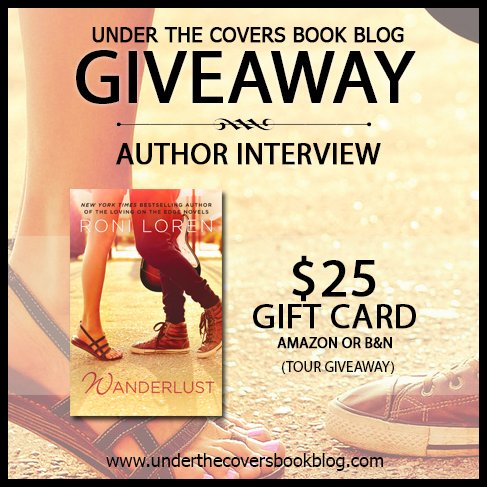 Thanks for the review, I haven’t read anything by Ms. Loren yet but I’ve gotten my library to get some of her backlist and plan to fix that soon. I’ll be asking them to buy this one as well as it sounds like something I’d like.

I’m super excited for this one. Roni Loren can do no wrong in my opinion!

Great interview! I love her books!

Love to learn that Ms. Loren is writing contemporary romances. Her newsletter are also wonderful reads (especially her stationaries). 😉

Great interview 🙂 Thanks for the chance .

Thank you for the interview.