Hey, everyone! Angel Payne here, saying HAPPY SUMMER—and a huge thank-you to the UTC goddesses, for allowing me a little space for sharing my “Juicy Summer Treat” with you all—especially anyone interested in a bit of a new twist on what I like to call my weird little “Crossfire-Meets-The Tudors” series…

My newest brainchild features a contemporary setting, but borrows a lot of our favorite drama and conflict from historical romances. It’s called TEMPTATION COURT. 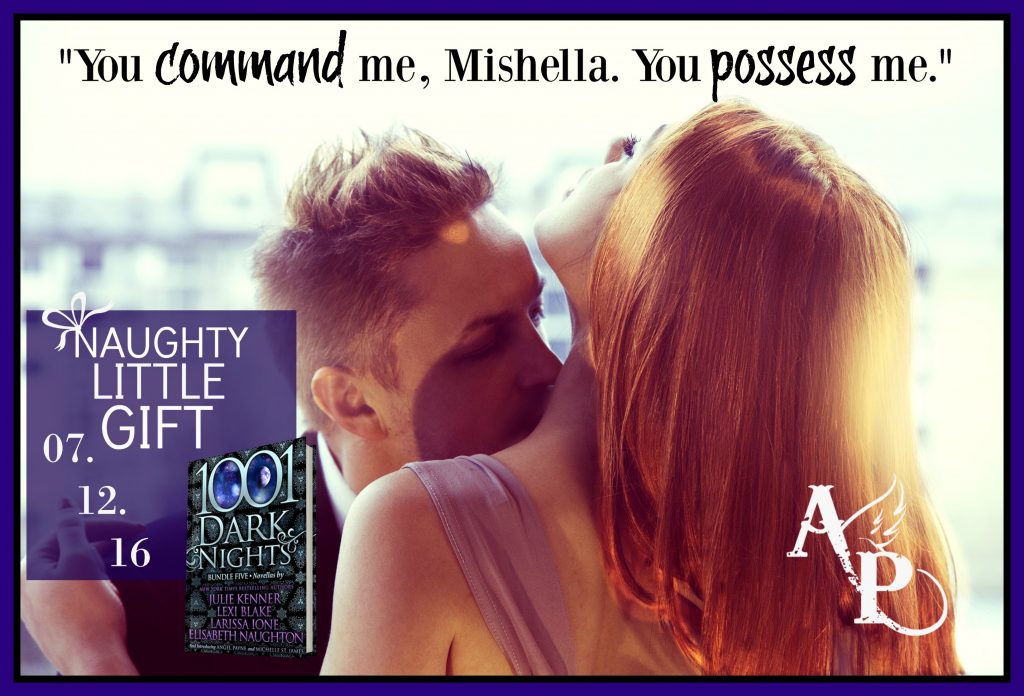 For those of you familiar with the royals of the Cimarron Saga, this series is a spin-off idea, following a bold heroine from the Arcadian Court who agrees to give six months of her life to mysterious Cassian Court, in exchange for her freedom from an arranged marriage. Poor Mishella has no idea that her world is about to change in thousands of ways—especially when that bargain includes living with Cassian in his New York City mansion!

One of the most exciting things about the story is that it has debuted as part of the 1001 Dark Nights Discovery program! You’ll find it available in the July bundle set of 1001 Dark Nights (which released on July 12th), along with my “Discovery Sister”, Michelle St. James, as well as our four “big sisters”: Lexi Blake, Elisabeth Naughton, Larissa Ione, and Julie Kenner! 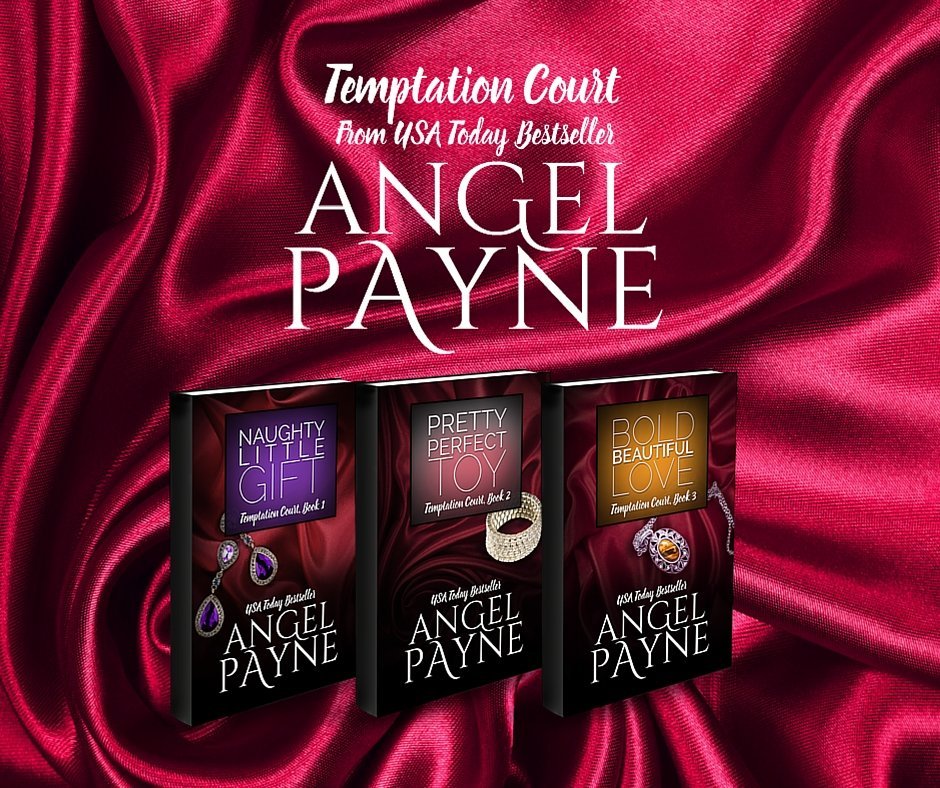 Now, I hope you enjoy a little snippet of Cassian and Mishella’s story!

Bracing a hand around the back of my neck, he jerks my stare back up to him. The gesture is an unsettling mix of command and calm—reminding me all too clearly of how he took over things in my bedroom, back on Arcadia. Was that just two nights ago? Only a heartbeat has passed since then, right?

A forever has passed.

“You heard,” he grates. “Didn’t you? Prim and me. In the pantry.” He shakes his head. Gets down a leaden swallow. “Never mind. I know you did. I felt you there. Standing at the sink.”

Forget about unsettled. I am suddenly frightened—gripped by spectral shivers, such as the ones I have known while working late in the palais and glimpsing the building’s famous ghosts in my periphery. Only now, the otherworld does not hide in the shadows. It is here, in the air between us…in the dazzle of emeralds in Cassian’s eyes, in the promise of fire in his touch…in the confirmation that he knows me, senses me, feels me just as I do him.

In the magic of us.

“Prim is a good friend, Ella. Nothing more.”

But you have history with her. A lot of it.

I cannot bring myself to utter it. “She has the right to feel…what she feels.”

He grunts. Retorts through his teeth, “The fuck she does.”

“She cares about you. It is a glaring truth, Cassian, from the first second she gazes upon you.” I curl a hand against his cheek, as if I can actually soothe his ire. “I do not blame her.”

He presses his hand over mine. Runs it down to my elbow with nearly punishing pressure. “I don’t want to talk about her right now.”

I push to a sitting position. Pull my arm down—as far as he will let me. His hold on my elbow remains firm and determined. “Am I just a ‘rescue project’ to you, Cassian? The Eliza Doolittle you yanked from the slums, and—”

He shoves to his feet. I almost expect him to punch one of the walls or windows but he becomes scarier, not moving, his posture impossibly erect. “Is that what you believe?” Every word is so low, they are almost drowned by a pair of emergency sirens down on the street, their wails growing.

I let my head fall, but that brings even more bizarre sensations. Sitting here, my gaze filled with his bare feet, I feel…intimate with him. Stripped for him.

I lean forward. Just enough to touch his knee with my forehead. He’s only wearing white cotton pants, and I realize he must have yanked them out of his luggage. They smell the way he did on Arcadia: his cedar and soap blended with ocean wind and oranges…

Before I can breathe it in again, he is next to me. Next to me, plummeted back to the floor. Both his hands dig into my hair, forcing my gaze up into his.

“Don’t you see?” he rasps into the inches between our lips. “Can’t you see?” And then his mouth is on me, molding me…needing me. Then rasping, “Mishella. My favori. My perfect armeau. I brought you here because I’m a selfish bastard who hasn’t had anyone like you in my world in…” He stops, shaking his head, gaze glittering once more, a thousand shades of confusion. “In a very long time. 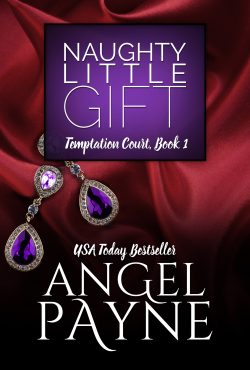 Temptation Court Book 1, NAUGHTY LITTLE GIFT, will be available on ALL PLATFORMS on its own, as of August 16th. Reserve your copy via pre-order:

**Available on ALL platforms soon**

i think angel payne is a great addition to the 1001 dark nights series!!!!