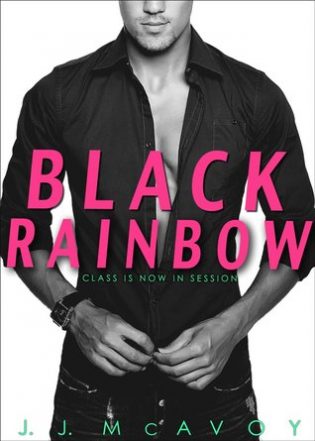 “…as much as it was an entertaining read, I don’t think I got the same wow factor out of it as other reviewers have.”
~ Under the Covers

I’ve had this on my radar since the book came out because it’s a student/teacher romance.  I didn’t really read too much about it (or reviews for that matter) as it was recommended to me.  But it’s kept getting pushed back on my TBR.  And after reading it, as much as it was an entertaining read, I don’t think I got the same wow factor out of it as other reviewers have.

The hero, Levi Black, is a powerful attorney who teaches at a University (it’s kind of his way of recruiting new lawyers).  On his spare time, he’s a singer!  Yeah, the idea is totally hot.  But the reality, to me, was like trying to throw too much into one book.  I’m sure there might be a crazy successful lawyer, who spends time as a college professor, moonlights as bar signer and loves to cook and read somewhere, but for the purposes of this book to me it was like he was trying to be EVERYTHING and I seriously have to question when he had time to sleep in order to fill all those roles and hobbies.  So that took some of my excitement away.  That being said, he’s pretty hot, and I liked him better than I liked the heroine.  He’s older and more mature and I think that had something to do with it.

The student/teacher angle was done in a nice way.  Levi and Thea had a fling before classes started after she met him at the bar where he sang.  She had no clue he was a lawyer, he had no clue she was studying law.  Surprise, surprise on the first day of class!  I can appreciate that this student/teacher book is a bit older than some others I’ve read.  These characters are not just out of high school and starting college.  The element of the forbidden is not the focus of this story though and I was ok with that.  It’s just there to add a dimension to their relationship without taking center stage like other books in this trope.  Another thing that didn’t really come into play much was the fact this is an interracial couple.  This isn’t a focus of their relationship nor does it play a big role.

Thea is a strong woman, but I didn’t agree with her at times.  And I think that made me disconnect from her character a bit.  Some things about her backstory (her finances?) didn’t make sense to me either.  However, in her interactions with Levi I think they worked well together which made for an entertaining read amongst some of the other completely unrealistic scenarios.

In the end, it didn’t blow me away like I wanted but it entertained me while I read it.  When something annoyed me it wasn’t life altering like I wanted to throttle anyone.  But that can also work against it because it didn’t pull any deeper emotions out of me.

Thanks for the review…I agree! Way too many things going on in his life to be that good. Not fond of immature people in ANY story!