Join our newsletter to be the first to hear our latest news! Learn More
Home / Reviews / ARC Review: Grin and Beard It by Penny Reid 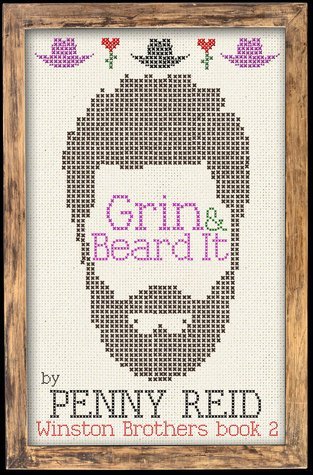 Grin and Beard It
by Penny Reid

“Have you ever wondered what would happen if Melissa McCarthy got together with a hunky park ranger?”
~ Under the Covers

Saving a damsel in distress wasn’t what Jethro Winston had in mind for his day; however, with a damsel as charming and sexy as Sarah, he finds he doesn’t mind changing his plans one bit. A-list actress Sienna Diaz is used to everyone knowing exactly who she is, but when the sexy ranger Jethro finds her lost and leads her back to sweet civilisation…and yet doesn’t have a clue who she is, it’s refreshing. It also doesn’t hurt that he was blessed with an abundance of southern charm, muscles that don’t quit and a damn good beard.

Have you ever wondered what would happen if Melissa McCarthy got together with a hunky park ranger? Well, it’s certainly plagued me at nights. Apparently it’s been keeping Penny Reid up as well and the beautiful result of that late night speculating is Grin and Beard It, the second installment in the fabulous Winston Brothers series. Reid has thrown together sexy shenanigans, a beautiful beard, lots of humour and an unashamedly curvy and beautiful woman, and it all came together and produced a fantastic read that I had difficulty putting down.

Before I delve into what I thought of Jethro and Sienna, I need to get this off my chest. I LOVE CLETUS WINSTON. I never thought that I could ever fall for a man named Cletus, and yet Penny Reid’s evil plotting has made this so. He’s a wily genius with the cunning of a fox, a dastardly evil streak and whole lot of handsome. Completely irresistible. I demand his book immediately.

Okay, so back to the programme: Jethro and Sienna. Jethro with his colourful past and new(ish) streak of responsibility and familial obligation and Sienna, A-lister and Hollywood’s funny “fat” girl. They may seem like an odd couple, and yet although their lifestyles were completely different, their personalities; invertebrate flirts with close family ties and a vast sense of responsibility were quite similar. This really worked and resulted in some great sexy banter, which had be gobbling up the pages. As I was reading, I found I really enjoyed their easy connection, even as outside forces kept getting thrown in their path.

Fame being one of the things that was a barrier to their relationship; I am not often a fan of books where the main character is really famous, but I found myself falling in love with Sienna. Her attitude towards her body type and her Latin background and how it relates to her fame and how people see her was both pragmatic and refreshing. Reid writes strong heroine’s and Sienna was no different.

Another great book from Penny Reid, I am falling in love with this series and all the Winston brothers, if you haven’t started this yet, then what are you waiting for? 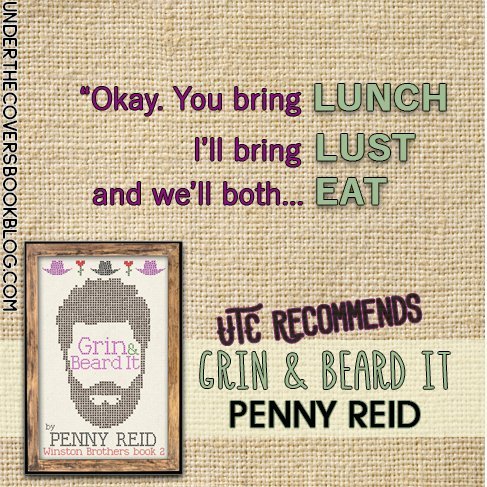 This is one I really want to read. Shelved on Goodreads. thanks!

I agree 100% – Cletus is amazing and mysterious. Plus the Sausage- he’s a master with his special sausage.
I stayed up to finish this book-so worth it. Sweet, smart, witty and I loved the insight into the other characters. Penny Reid is the BEST!

This book sounds great and funny…

Thanks for the review, this is sitting on my kindle waiting for me.