Self-made singer/songwriter Jolene Hart loves everything about being on top in Nashville. Well, everything except her very public breakup with Chance Rivers, her sexy masculine other half. Once the hottest duo on the scene, they turned Music City on its ear. Now their careers are as cold as their relationship. Which is why their manager has practically locked them in a remote cabin with nothing but a guitar, a bed, and time to do what they do best: make some beautiful music together.

As Nashville royalty, Chance has big boots to fill—and the pressure that comes with ’em. He fell hard for Jolene, but he couldn’t handle the spotlight, the crowds, and the fights that made headlines and killed any notion that love and success could go hand-in-hand. Still, Chance is more than willing to rekindle the one thing that worked: the wild passion behind their hit songs. Soon they’re making up for lost time, in the steamiest ways possible. But Chance finds himself wishing for the impossible: that their intimate hideaway could last forever.

Jude lost everything one spring day when he crashed his car into an apple tree on the side of the road. A man is dead, and there's no way he can ever right that wrong. He’d steer clear of Colebury, Vermont forever if he could. But an ex-con in recovery for his drug addiction can’t find a job just anywhere.

Sophie Haines is stunned by his reappearance. After a three year absence, the man who killed her brother and broke her heart is suddenly everywhere she turns. It’s hard not to stare at how much he’s changed. The bad boy who used to love her didn’t have big biceps and sun-kissed hair. And he’d never volunteer in the church kitchen.

No one wants to see Sophie and Jude back together, least of all Sophie's police chief father. But it's a small town. And forbidden love is a law unto itself. 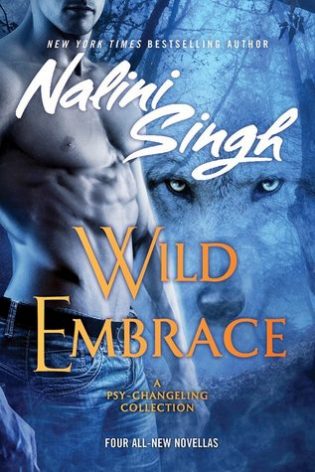 The “alpha author of paranormal romance”* presents a stunningly sensual collection of four all-new Psy-Changeling novellas, in which taboos are broken, boundaries are crossed, and instincts prove irresistible...

Echo of Silence
In a deep-sea station, Tazia Nerif has found her life’s work as an engineer, keeping things running smoothly. But she wants nothing more than to break down the barrier of silence between her and her telekinetic Psy station commander...

Dorian
A changeling who can never shift lives a life of quiet frustration—until he learns how to let his leopard come out and play...

Partners in Persuasion
Still raw from being burned by a dominant female, wolf changeling Felix will never again risk being a plaything. But for dominant leopard Dezi, he’s the most fascinating man she’s ever met. She just has to convince this gun-shy wolf that he can trust the dangerous cat who wants to take a slow, sexy bite out of him…

Flirtation of Fate
Seven years ago, Kenji broke Garnet’s heart. Now the wolf packmates have to investigate the shocking murder of one of their own. And the more Kenji sees of the woman Garnet has become, the deeper he begins to fall once more. But even his primal instincts are no match for the dark secret he carries...

Hit the Spot
by J. Daniels

This book can be read as a stand-alone. 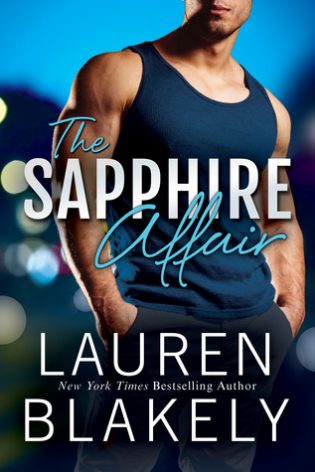 The Sapphire Affair
by Lauren Blakely

Bounty hunter Jake Harlowe knows how to track a criminal. So when a group of swindled shareholders hires him to trail their former CEO, Jake expects a quick trip to the Cayman Islands to close another case. Until a devastatingly beautiful woman gets in the way.

Steph Anderson is visiting the Caymans for a rock climbing and dive trip—or so she tells Jake. She’s really trying to find out whether or not her stepfather embezzled money from his company. The last thing Steph needs is the distraction of a sexy, charming man whose kisses drive her wild.

Soon, the pair discover they’re after the same target—and millions in jewels. While Jake can’t be certain Steph isn’t working for her stepfather, and Steph can’t be certain Jake isn’t after the diamonds for himself, they can agree the heat between them is intense, and neither can deny the passion for long.

But the morning after, Steph discovers that she just might have slept with the enemy, and now she’ll have to outwit him to get everything she needs…

I really need to kick my own ass…..

On a bit of a historical kick at the moment! 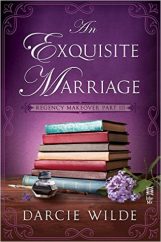