IF THE SEAS CATCH FIRE
Standalone
by L.A. Witt

Sergei Andronikov was a child when the Mafia wiped out his family, leaving him with nothing but a hunger for revenge. Years later, through ruthless strategy and tireless patience, he’s a contract killer working for the three families ruling Cape Swan… and he’s nearly in position to bring them all down from the inside.

Domenico “Dom” Maisano is Mafia royalty, a made man… and a hitman. He’s caught up in a violent life he can’t escape, struggling to maintain an image he doesn’t want, and suppressing desires he can’t have.

A chance encounter throws the killers into each other’s paths. Though Dom knows he’s playing a dangerous game, he’s intrigued and keeps coming back. Sergei can’t resist him either—Dom is everything he set out to destroy, but he’s also everything he’s ever ached for in a man.

Then Sergei gets the contract he’s been waiting for—the hit that promises to bring the town’s Mafia to its knees.

But when a capo makes an unexpected move, Sergei must choose between dropping the hammer on the families he vowed to annihilate, and protecting the man he swore he wouldn’t love.

And the wrong choice—or even the right one—will destroy them both.

Fantasies – we all have them.
For some it’s their dream job; others want the wedding, the 2.5 kids, the white picket fence.
My fantasies are a bit more…depraved.
Dark and sinful, they have destroyed relationships and my livelihood, yet I still submit to them like a slave.

Sex.
For most, it’s a natural expression of love, caring, or lust.
But there are those of us who can’t stop once we’ve had a taste.
Those of us who don’t want to.
And the shame of that never-ending cycle will eat us alive…

My name is Evan James, and I am a sex addict. 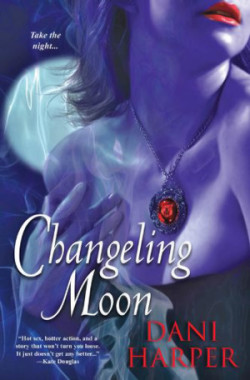 He roams the moonlit wilderness, his every sense and instinct on high alert. Changeling wolf Connor Macleod and his Pack have never feared anything — until the night human Zoey Tyler barely escapes a rogue werewolf’s vicious attack.

As the full moon approaches, Zoey has no idea of the changes that are coming, and only Connor can show her what she is, and help her master the wildness inside.

With her initiation into the Pack just days away and a terrifying predator on the loose, the tentative bonds of trust and tenderness are their only weapons against a force red in tooth, claw … and ultimate evil.

The first time he met her, he couldn’t have her. In their world there are rules against that kind of interaction. So Remington Cooper watched, waited, and planned.

Now his luck has turned and he has five days to win the woman of his dream’s heart.

Francesca Luchetti knows that Remy is interested, he’s made that clear. She likes the idea of a fling. Conventions can be dull, so the promise of sex with a hot man will make things more exciting.

When there is a threat to Francesca’s safety, she learns that Remy is the man to keep her safe, but is her heart secure.

BEAUTY AND THE BEAST
BOXED SET (1-4)
by Skye Warren

Fall in love with this modern day fairy tale…

Erin cleans Mr. Morris’s house twice a week, soaking up every moment with the reclusive ex-soldier she secretly loves.Blake Morris knows he’s scarred both inside and out and is no good for the beautiful young woman who cleans his house to pay for college. But when Erin walks in on Blake touching himself and moaning her name, all bets are off.

When Blake receives an offer to return to his alma mater as an associate professor, he knows this is his chance to reenter the world–and to be worthy of the woman he loves. Erin wants this chance for him to heal…even if it means leaving her behind.

And when they enter the classroom on the first day, both of them are in for a shock.

A troubling revelation puts Blake’s newfound career in jeopardy and Erin’s impending graduation at risk. The couple forge ahead, determined that love conquers all. They find a new depth to their respect for one another and new heights for their sensual play, but secrets and shadows lay in wait along the path.

With the end of semester approaching,Erin and Blake decide to lay low. After all, they have all the time in the world after that. Except Blake’s future at the university is up in the air and trouble is brewing back in Erin’s hometown. When the couple is tested, they will have to trust each other to forge their own sexy ending.

This omnibus edition contains the original Beauty series, including:
1. Beauty Touched the Beast
2. Beneath the Beauty
3. Broken Beauty
4. Beauty Becomes You

“I consider this series a Top Pick because their story is not only very memorable and extremely sexy, but I could read this series many times over and never tire of it. In fact, I already know I will revisit them again for years to come.” – Ms Romantic Reads

HOW TO CATCH A WILD VISCOUNT
Standalone
by Tessa Dare

She’s on the hunt for a hero…

Luke Trenton, Viscount Merritt, returned from war a changed man. Battle stripped away his civility and brought out his inner beast. There is no charm or tenderness in him now; only dark passions and a hardened soul. He has nothing to offer the starry-eyed, innocent girl who pledged her heart to him four years ago.

But Cecily Hale isn’t a girl any longer. She’s grown into a woman–one who won’t be pushed away. She and Luke are guests at a house party when a local legend captures their friends’ imaginations. While the others plunge into the forest on a wild goose…er, stag chase, Cecily’s on the hunt for a man. She has only a few moonlit nights to reach the real Luke…the wounded heart she knows still beats inside the war-ravaged body…or she could lose him to the darkness forever.

This is a novella of approximately 20,000 words, or 80 pages. It was originally published under the title The Legend of the Werestag.

Okay…love the blurb for if the seas catch fire