The Chosen
by J.R. Ward

Xcor, leader of the Band of Bastards, convicted of treason against the Blind King, is facing a brutal interrogation and torturous death at the hands of the Black Dagger Brotherhood. Yet after a life marked by cruelty and evil deeds, he accepts his soldier’s fate, his sole regret the loss of a sacred female who was never his: the Chosen Layla.

Layla alone knows the truth that will save Xcor’s life. But revealing his sacrifice and his hidden heritage will expose them both and destroy everything Layla holds dear—even her role of mother to her precious young. Torn between love and loyalty, she must summon the courage to stand up against the only family she has for the only man she will ever love. Yet even if Xcor is somehow granted a reprieve, he and Layla would have to confront a graver challenge: bridging the chasm that divides their worlds without paving the way for a future of even greater war, desolation, and death.

As a dangerous old enemy returns to Caldwell, and the identity of a new deity is revealed, nothing is certain or safe in the world of the Black Dagger Brotherhood, not even true love . . . or destinies that have long seemed set in stone. 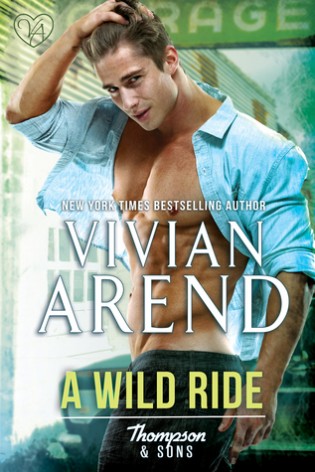 A Wild Ride
by Vivian Arend

He’s the golden boy with a secret past

When Nicole Adams abruptly cancels their secret fling, Troy Thompson is stunned. The sex between them is sizzling, but she’s ready to move on—find a reliable guy, settle down, pop out a few babies. The thought of Nic in another man’s arms is maddening. And while her agenda freaks him out, Troy knows there’s no one in town nearly good enough for her. No one, that is, except him.

She’s his redemption and his future

Nicole doesn’t regret her sexual romp with Troy, but when he insists on taking the next step with her—marriage and parenthood—she figures he’s out of his mind. Troy? Husband and daddy material? Oh, he’s sexy beyond belief, with the ability to melt her panties with a single command, but the man’s not known for being responsible. Trying for forever with Mr. Frivolous? Everyone thinks it’s a fool’s game.

Everyone except Troy, who’s determined to make Nicole see the real him under the shiny exterior.

Give Me a Reason to Read the Black Dagger Brotherhood by J.R. Ward 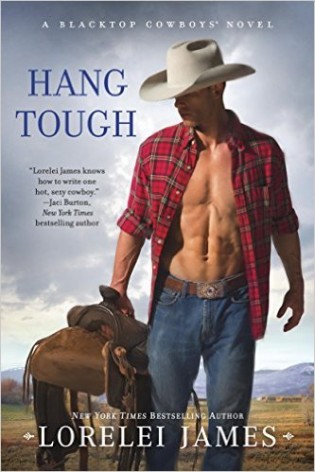 In the new Blacktop Cowboys® novel from the New York Times bestselling author of Wrapped and Strapped, one woman learns that when it comes to cowboys, looks can be deceiving...

When Tobin Hale stepped in to stop Garnet Evans’s son from railroading her out of her own home, he knew moving in with his favorite Mud Lily could be seen as strange. But nothing prepared him for the arrival of Garnet’s fiery, beautiful granddaughter, Jade—or her assumption that he’s up to no good...

While Tobin might be the hottest man Jade Evans has ever seen, his physical attributes won’t distract her from protecting her grandma from his sweet-talking ways. But the stubborn cowboy digs in his boot heels and refuses to leave. Stuck in close quarters together, Jade learns Tobin is the real deal—a hardworking, fiercely loyal man and she’s the one in danger of losing her heart.

And just when he was prepared to leave Muddy Gap behind, Tobin may have found the kind of woman worth sticking around for... 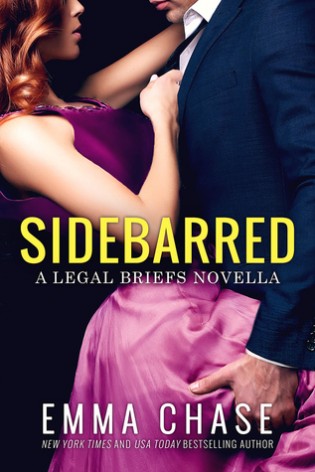 Join Jake & Chelsea, Stanton & Sofia, Brent & Kennedy as they navigate the hilarious and heartwarming hurdles of love, life and the law in this final addition to the Legal Briefs Series.

There was a time when Jake Becker had it all together. He was controlled, driven, ruthless—in and out of the courtroom.

Then, six irresistible orphans and their heartbreakingly beautiful aunt crashed into his perfectly ordered life. They changed everything. They changed him. Now he’s a husband, an upstanding member of society, a father figure—a family man.
And he’s pretty damn good at it.

Sure, he has to referee sibling smackdowns, re-learn algebra, ensure his clients stay of jail, and keep his wife happy—but it finally feels like he’s got it together again....
So, of course something has to screw it all up.

And it will be the most amazing, perfect thing he’ll ever do.

From Kylie Scott, the New York Times and USA Today bestselling author of the Stage Dive series, comes a fresh, hilarious, and sexy new series. Welcome to Dive Bar, where the tattooed bartenders keep the drinks—and romance—flowing with a perfect cocktail of heartbreak, humor, and sweet, sexy romance. 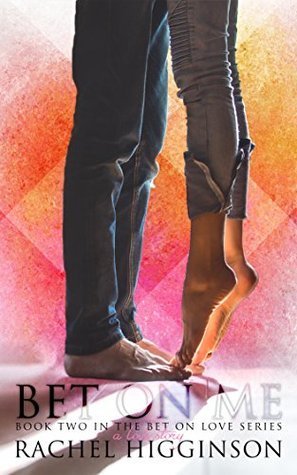 Bet on Me
by Rachel Higginson

One night. One big mistake. One boy that changes everything.

Britte Nichols has a plan.

And it’s a good one. College. Med School. Illustrious career. Then maybe a husband. Possibly children, but she doesn’t want to get ahead of herself.

Britte decided at a young age that she wasn’t going to let love get in the way of her future. She has things to do. Places to go and all that.

Until the night she has one too many drinks and lets lust override logic.

Beckett Harris is gorgeous, talented and completely bad for her. But she wasn’t the only one feeling fireworks that night. Now Beckett wants to explore their chemistry and his timing couldn’t be more inconvenient.

Her heart wants what her head knows she can’t have. But a girl has needs. So when Beckett bets her a few weeks of harmless fun, she wants to say yes.

She’ll just have to bet that Beckett doesn’t fall for her too.

I’m not sure how I’ll catch up on my challenge!!! 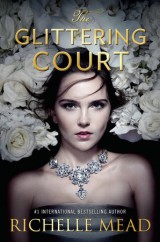 So many great books!

I’m so behind on Lorelei James’s and Vivian Arend’s series. Looking forward to Dirty and Twist by Kylie Scott. Currently finishing up The Shadows so I can start The Beast.