“STUCK-UP SUIT is a sweet romance without too many twists and turns, which I can sometimes appreciate.”
~ Under the Covers

Having read COCKY BASTARD by these two authors, I knew as soon as this book was announced I had to put it on my TBR!  There was something adorably sweet and endearing about that book that just made me do it.  Maybe it was the cute fainting goat.  And obviously going into this one (yes, without reading the blurb because I am a cover whore) I knew the hero would be a bit of a jerk.  Which I can love when done well.

STUCK-UP SUIT is a quirky and different romance but it’s also got depth.  There’s things about it that are unassumingly fun, and others are emotional and make you care about these characters.  Graham is kind of self made financial mogul with a bad attitude.  He happens to be riding the train one day (not his usual style) and drops his cellphone.  Our heroine Soraya (who was oggling the hot man in a suit) picks it up with the intention of returning it.  Of course, she does a little bit of snooping first.  Their chance meeting was unconventional but her personality was what made the impression.

She’s unapologetic and tells it like it is.  She’s also the opposite of the typical woman Graham would go for.  With her tats, curvy body, and funky color tipped hair.  But I loved how the complete opposites attracted in this story and how that was exactly what was needed to tame Graham’s jerkish behavior to everyone around him.  He’s been through a lot but that didn’t necessarily justify his attitude to me.  So it was nice to quickly see him soften up.  And when it came to pursuing his heroine…well he was relentless and completely adorable.

STUCK-UP SUIT is a sweet romance without too many twists and turns, which I can sometimes appreciate.  Even though I hated the conflict created in the end by Soraya’s decisions (pet-peeve of mine) this was a quick and fun read.  I came to love Graham, as well as one other character I won’t mention so I don’t give out a spoiler.  Very sweet and I do hope these authors write together again!

Oh and one last thing.  Even though this looks like a sequel to COCKY BASTARD it’s a complete standalone.  The only mention that would tie them together is a cameo appearance by a certain hero and goat. 😉

Outside of the restaurant, Graham’s black car was already curbside.  He must have had it waiting and called the driver when I went to the restroom.

“If you’re not going to come home with me, I insist on at least giving you a ride home to your place.”

“The subway is right around the corner.  I’m good.”

He shot me an annoyed glance.  “Give a little, Soraya.  It’s a ride home, not a ride on my cock.  And I think you know by now that I’m not a serial killer.”

He put his hand on the small of my back and steered me to the waiting open car door.  I didn’t put up a fight.  Graham was right, I was being stubborn while he had pretty much agreed to anything I demanded.  Something told me it was a rare occasion when the man was this flexible.

When we arrived at my apartment, Graham walked me to the door.

“When will I see you again?”

“Well, tomorrow is Saturday, so I suppose maybe Monday on the train.”

“Have dinner with me again tomorrow?”

We embarked into a lengthy stare off.  His gaze was hard.  When neither of us gave for a few minutes, he grumbled Christ under his breath, and before I realized what was happening, my back was against the door, and his mouth was on mine.

He kissed me as if he wanted to eat me alive.  Before releasing my mouth, he took my lower lip between his teeth and tugged.  Hard.  With his lips vibrating up against mine, he spoke.  “Don’t push me to my limit, Soraya.”

He was being honest, and I realized I should appreciate that.  “To my sister’s house.  It’s my niece’s birthday party.  That’s where I’m going tomorrow night.

It took every bit of my willpower to go inside and shut the door behind me.  I leaned my back against the door, unable to remember the last time I was so hot and bothered.  Maybe not ever.  His mouth was sinful; the thought of what he could do with that wicked tongue other places on my body kept me in a state of arousal that bordered on frenzied.  But it was more than that.  The way he was so dominating and controlling, yet exercised restraint to respect my wishes, was the sexiest thing I’d ever seen.  The man stimulated something that had been sleeping inside of me.  I needed a glass of wine and an orgasm.  Not necessarily in that order.  If I was going be firm on my stance that we get to know each other and not have sex, then taking things into my own hands was absolutely essential.

In my bedroom, I stripped out of my clothes.  I didn’t sleep naked every night, but tonight was definitely a bare evening.  As I slipped into bed, my cell rang.

“Is phone sex on the table?”  Graham’s voice was a needy rasp.  Whatever cooling off my body had done since I left him on the other side of the door was instantly reheated.  His voice could definitely speed things up for me.  But…

“Sex is off the table.  That should probably include all types of sex.  Intercourse, oral, phone.”

He groaned.  “Oral.  God, I want to taste you.  And feel that metal tongue ring on my cock.  You have no idea how difficult it was to control myself tonight every time I caught a glimpse of that metal when you spoke.  It’s like you’re taunting me with every word.  What are you wearing, Soraya?”

That voice.  I needed to record him saying What are you wearing, Soraya?  So I could play it over and over again in a loop when I needed to satisfy my own needs.  “I’m actually not wearing anything.  I just got undressed and slipped into bed.”

He actually growled.  “Touch yourself.”

“How long do you plan on driving me crazy, Soraya?”

“Good night, Graham.”  I hung up without waiting for him to respond.  Even though my body physically ached for the man, I wasn’t ready to open that door with him just yet.  Although as I glided my hand down my body alone in my bed, the only thing I could think of was God, I wish it was his hand. 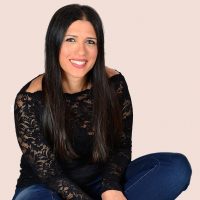 Enter to win a $50 Amazon gift card!  To enter, sign up for Penelope & Vi’s mailing list.  It’s one-click easy and you will automatically be entered!  http://eepurl.com/brAPo9

He’s so sweet after it gets going though… 🙂 Hope you like it!

Sounds good…thanks for the review Francesca