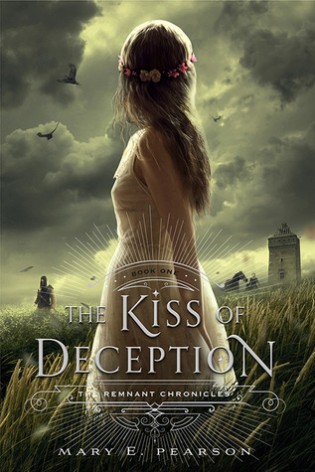 The Kiss of Deception
by Mary E. Pearson

“Ms. Pearson easily sucked me into her world of The Remnant Chronicles…I believed every word she used to describe the characters, places and even the smell of the surroundings.  I felt every pain, anger, and love.  I was utterly compelled that I couldn’t put the book down.  Sleep be damned.”
~ Under the Covers

Ms. Pearson easily sucked me into her world of The Remnant Chronicles.  There’s something poetic in how She told Lia’s story and the history of her long line of gifted ancestors. I believed every word she used to describe the characters, places and even the smell of the surroundings.  I felt every pain, anger, and love.  I was utterly compelled that I couldn’t put the book down.  Sleep be damned.

Lia is not your typical princess.  Yes, a bit of a cliche for her to be a runaway princess but she is so much

more.  She has a big heart and a courage of a lion.  Believe me when I say that she’s not your typical “emo” teen.  She ran away from a marriage she didn’t approve of and from a life of royalty she didn’t truly want. A commendable move.  She hides out in a town pretending to be a simple barmaid in hopes for a normal life.  Even finding true friendships.  However, with her new found freedom she’s found her true self which ultimately the very person she didn’t want to become.  This time, every move she makes will be by her choice.  She will become a princess who cared for her people, and will fight for what she believes in.  What started out an escape turned out to be a journey to self-clarity

In Liu of Lia’s disappearance, she is sought out by the Prince she was betrothed to and an Assassin with deadly intentions.  Now these two fascinated me equally.  Each has their faults but they were sweet and sexy in their own way.  Their fascination and attraction to Lia was almost immediate and obviously, by getting to know her, their opinions of her changed.  Note that there is no love triangle here, not really.  There will be a play for her affection but it’s clear who Lia ends up with.  Of course, the tables may change in the next installment of the series.

The romance had a slow and steady pace but heartfelt and very sweet.  Definitely more than what I expected but every bit is welcomed.  There’s no sex or graphic love scenes but innocent kisses. The genre, in my opinion, crosses between Fantasy and YA so, expect it as such.
So many other great things to mention about this book that will take another book to mention them all.  I do want to mention what I loved most, besides the main characters of course.  First, there were several intense and emotional scenes that had me at the edge of my seat.  Second, the character development and world build up was clear cut that I had no issue understanding them. In fact, every character mentioned, I wanted to read more of.  Last, the mentions and quotes from the holy texts were so fascinating.  Ms. Pearson just released a novella/prequel called Morrighan, which I highly recommend reading immediately after reading  this book.  It goes into more details of this world’s history.  All very fascinating. 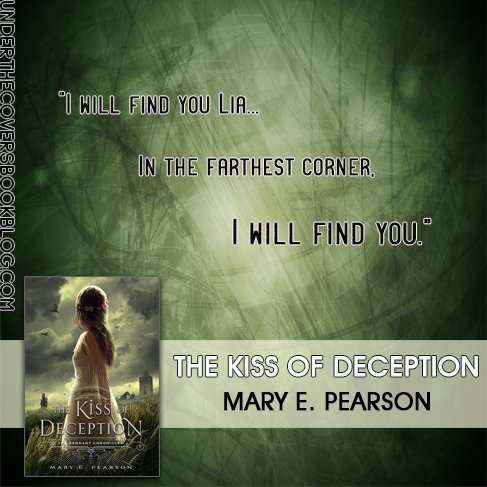 I hope you do, Elizabeth. I love it!

Great timing!
I was just looking for gift ideas for my sister’s birthday next week.
I think she will love this!!!