Down and out with an injury keeping him away from the game, Assassins’ defenseman Jordie Thomas lives for the blades of his skates on the ice and the feeling of oblivion off it. With no choice but to heal, he’s forced away from the sport that runs through his veins. With everything at stake and darkness setting in, he quickly finds himself spiraling even further out of control. As his life begins to come crashing down around him and his contract with the Nashville Assassins on the line, he’s given an ultimatum. Ready or not, Jordie is forced to face his past, the fears that consume him, and the one woman he let walk away.

Kacey King had her professional dreams come true, yet her heart was battered and broken. With an Olympic gold medal around her neck, she’s ready to look forward to the future but without the one man she wanted in it. She’s missing the key pieces of her heart she left months ago with the only person who was capable of destroying it, causing her to falter in all her plans to move on.

In the game of life, there are winners and losers, and neither Jordie nor Kacey want to be on the losing bench. If only Jordie could convince Kacey he’s a changed man and that he wants her right by his side as his MVP for the biggest and best parts of a life they build together. With emotions running high and the game on the line, can two proud people find happiness with each other, or will their hearts and souls be left in the cold? Will they see that sometimes having someone by your side who knows the good, bad, and broken is better than going it alone and losing everything through the back of the net? They are out of time on the game clock and fighting for the win of their lives.

But overtime was made for an Assassin like Jordie.

MY KIND OF WONDERFUL

Bailey Moore has an agenda: skiing in the Rockies, exploring castles in Europe, ballroom dancing in Argentina. Now that she has a second lease on life, she’s determined not to miss a thing. What she doesn’t realize is that item #1 comes with a six-foot-one ski god hot enough to melt a polar ice cap. She doesn’t want to miss out on him either, but Hudson Kincaid isn’t the type of guy to love and let go. And as gorgeous as Cedar Ridge is, she’s not planning to stick around.

As head of ski patrol at his family’s resort, Hud thinks he’s seen it all. But never has he run into someone like Bailey. She might look delicate, but her attitude is all firecracker. And her infectious joy touches something deep within him that he’s been missing far too long. Now he’ll just have to convince Bailey to take a chance on her biggest adventure yet . . . something rare and all kinds of wonderful.

Once they shared a night of passion. Now a chance encounter forces them back together. In Cecy Robson’s O’Brien Family series debut—perfect for readers of Monica Murphy and J. Lynn—two total opposites find that the flames of desire are still smoldering.

Tough-as-steel cop Curran O’Brien is quickly rising through the ranks of the Philadelphia police department. But when his rookie partner is almost killed under his watch, Curran just wants to prove he still has what it takes to walk among Philly’s finest. So he’s pissed to be stuck on a cushy security assignment for the DA’s office . . . until he gets a good look at the sweet, straitlaced intern he’s supposed to protect—but not touch.

Tess Newart recognizes Curran instantly. How could she not? Back in college she tied this former frat boy to the bed with her argyle socks! That sizzling one-night stand was the only indiscretion Tess ever allowed herself. She has survived law school so far, despite being pushed to succeed by her overbearing father. Now that she’s interning on a major case against a ruthless crime boss, she won’t jeopardize her career by giving in to temptation again. She just never expected temptation to look so damn hot in uniform.

Tess knows her father has other plans for her, and they don’t include Curran. But soon she’s falling for him all over again. And when danger emerges, Curran will prove just how good a bad-boy cop can be. 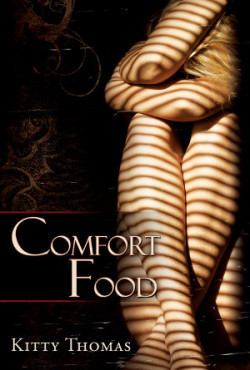 Emily Vargas has been taken captive. As part of his conditioning methods, her captor refuses to speak to her, knowing how much she craves human contact. He’s far too beautiful to be a monster. Combined with his lack of violence toward her, this has her walking a fine line at the edge of sanity.

Told in the first person from Emily’s perspective, Comfort Foodexplores what happens when all expectations of pleasure and pain are turned upside down, as whips become comfort and chicken soup becomes punishment.

A STONE IN THE SEA
Bleeding Stars # 1
by A.L. Jackson

He wanted nothing at all…

Until he found she had everything to give…

Sunder lead singer and guitarist Sebastian Stone has everything—fans, fame, and fortune. He also has a heart full of bitterness and a reputation for a short-fused temper. But an outward reputation rarely reveals the true man inside. Facing assault charges after trying to protect his younger brother, Sebastian is sent to Savannah, Georgia to lie low until the dust settles in L.A.

Shea Bentley is beautiful, kind, and hiding from the very lifestyle Sebastian has always embraced.

When the mysterious, tattooed stranger begins hanging out at the bar where she works, Shea is quick to recognize he is nothing but trouble, but she’s helpless to the way her body lights up every time his intense gray eyes tangle with hers.

They both soon find themselves drowning in a sea of desire and passion that won’t let them up for air.

Sebastian knows firsthand secrets never die, and he’s not the only one who’s hiding them.

Loving someone always comes with a price. But will it be Shea’s past that costs them everything? 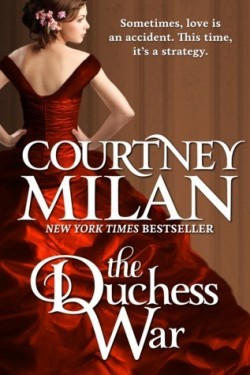 Sometimes love is an accident.

This time, it’s a strategy.

Miss Minerva Lane is a quiet, bespectacled wallflower, and she wants to keep it that way. After all, the last time she was the center of attention, it ended badly–so badly that she changed her name to escape her scandalous past. Wallflowers may not be the prettiest of blooms, but at least they don’t get trampled. So when a handsome duke comes to town, the last thing she wants is his attention.

But that is precisely what she gets.

Because Robert Blaisdell, the Duke of Clermont, is not fooled. When Minnie figures out what he’s up to, he realizes there is more to than her spectacles and her quiet ways. And he’s determined to lay her every secret bare before she can discover his. But this time, one shy miss may prove to be more than his match…

Thanks for the deals! 🙂