Red Rising thrilled readers and announced the presence of a talented new author. Golden Son totally changed the game and took the story of Darrow to the next level. Now comes the exhilarating conclusion to the Red Rising Trilogy: Morning Star.

Born a lowly Red in the mines of Mars, Darrow lost his beloved wife to the treacherous Gold overlords. Vowing to fight for the future that his wife believed in, Darrow joins a secret revolutionary group and is remade into a Gold so that he can infiltrate the ruling class and bring them down from the inside. Now, after years of hiding amongst the Golds, Darrow is finally ready to declare open revolution and throw off the chains of oppression. Nothing in Darrow’s world has been easily won, and this final fight will be the most harrowing of all. 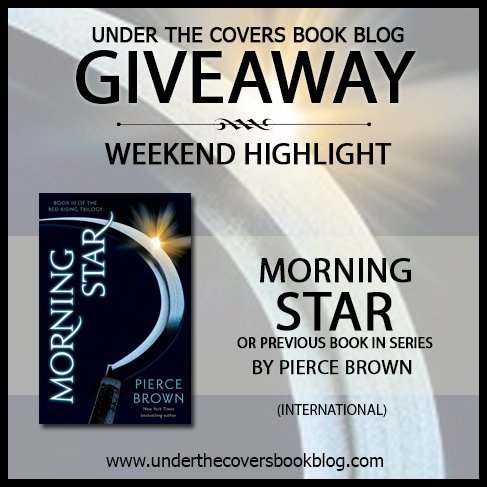 I really need to bump this series up, but I just discovered Sarina Bowen’s The Ivy Years, and it’s the first NA series in a long time that has me wanting to drop everything and read all of them.

Great video! Now spill, girl! What is that lip color?!!??

Under the Covers Book Blog
Reply to  Angie

I think I have the first book in the series! I’ll have to find the time to read it!

Great video! I haven’t started this series yet and I am very curious about it. It has really unique story, thank you for the chance!

I’m glad the third book was the strongest for you. I haven’t read the Hunger Games, but I did grab the first one in this series because I love sci-fi and lots of people are urging me to read these. Hopefully, I’ll get obsessed, too. 😉

I always say, it’s easy to start a series and create conflict but how it ends determines whether its worth the read or not. I hope you love it as much as I do, Sophie 🙂

Heard great things about this series . Thank you for the review 🙂

I absolutely LOVED the first two! So much action and tears!

Under the Covers Book Blog
Reply to  Mess

Oooo! You’re in for a treat then! MORNING STAR feels BIGGER!

I love these video posts. I’ve read all your reviews on this series and they make it sound so good but I don’t have the best of luck when it comes to YA series.

Under the Covers Book Blog
Reply to  Amy R

Amy, it’s marketed as YA but I would say there’s a strong SF/F element to it so it’s not your typical YA. In fact, I would argue it’s just SF.

Interesting new to me author and series.

Nice review! Good to know that a book made you feel a myriad of emotions. Means that it is a GOOD book. Definitely looking forward to reading the trilogy.

Under the Covers Book Blog
Reply to  EC

Absolutely! I’m so picky usually when it comes to SF but when a book can pull those emotions from you, it just means it’s a good book.

Love the sound of this book