March might’ve been a hit or miss for the book club reads.  We voted on FIRSTLIFE by Gena Showalter and having just come off another YA read last month, some didn’t enjoy this book as much.  So we picked a second book (the second highest voted) and that was LADY BRIDGET’S DIARY by Maya Rodale.  This also had some mixed feelings but I think for the most part you all thought it was a light and fluffy historical romance.  Which that has a place in reading tastes and mood.

A reminder of both March books

In the first novel of Maya Rodale’s stunning new series, an American heiress must learn to navigate London society and an infuriatingly irresistible rake . . .

Lord Darcy is the quintessential Englishman: wealthy, titled, impossibly proper, and horrified that a pack of Americans has inherited one of England’s most respected dukedoms. But his manners, his infamous self-restraint, and his better judgment fly out the window when he finds himself with the maddening American girl next door.

Lady Bridget Cavendish has grand—but thwarted—plans to become a Perfect Lady and take the haute ton by storm. In her diary, Bridget records her disastrous attempts to assimilate into London high society, her adoration of the handsome rogue next door, her disdain for the Dreadful Lord Darcy, and some truly scandalous secrets that could ruin them all.

It was loathing at first sight for Lady Bridget and Lord Darcy. But their paths keep crossing . . . and somehow involve kissing. When Lady Bridget’s diary goes missing, both Darcy and Bridget must decide what matters most of all—a sterling reputation or a perfectly imperfect love.

Rhage and Mary return in a new novel of the Black Dagger Brotherhood, a series “so popular, I don’t think there’s a reader today who hasn’t at least heard of [it]” (USA Today).

Nothing is as it used to be for the Black Dagger Brotherhood. After avoiding war with the Shadows, alliances have shifted and lines have been drawn. The slayers of the Lessening Society are stronger than ever, preying on human weakness to acquire more money, more weapons, more power. But as the Brotherhood readies for an all-out attack on them, one of their own fights a battle within himself…

For Rhage, the Brother with the biggest appetites, but also the biggest heart, life was supposed to be perfect—or at the very least, perfectly enjoyable. Mary, his beloved shellan, is by his side and his King and his brothers are thriving. But Rhage can’t understand—or control—the panic and insecurity that plague him…

And that terrifies him—as well as distances him from his mate. After suffering mortal injury in battle, Rhage must reassess his priorities—and the answer, when it comes to him, rocks his world…and Mary’s. But Mary is on a journey of her own, one that will either bring them closer together or cause a split that neither will recover from… 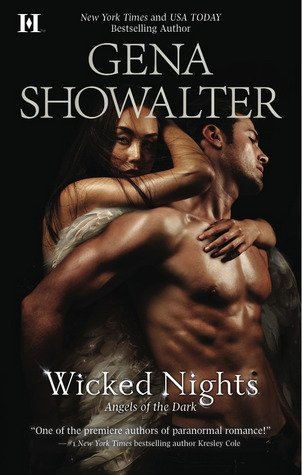 I was a little disappointed in lady bridget’s diary but I would try the next in the series…. the beast! ‘Nuf said 😀

Looking forward to The Beast but I still need to read The Shadows.