If you could travel to anywhere in the world,
where would you go and why?

I’d love to visit Ireland, as some of my ancestors were from there, and the castles in Wales, as again, some of my family was from there. I’ve been two Scotland twice, for the same reason. But also because I love the old world feel, the beautiful land, the old castles and ruins. It has so much history. I’d love to do a garden tour of the castles in England too. So it’s not so much just a place as the kind of structures that I get to see.

I was thrilled to see the city of Edinburgh this last trip, but I loved the castles the most. Though I will say, the waterfalls and mountains, mist and sunsets and sunrises were spectacular too. And I love the water, so seeing the lochs and the North Sea were grand also.

And I never thought a train would be all that interesting, but set in the mountains with the fog rolling in when it was Harry Potter’s train? Something to cherish for a lifetime.

SEAL Wolf In Too Deep
by Terry Spear

Debbie Renaud is a police diver working on criminal cases with SEAL Allan Rappaport. She admires him greatly for his missions in the Navy, plus he's just plain HOT. Allan seems to share her attraction, but what she doesn't know is that her partner is wolf shifter.

Allan is really hung up on his smart, beautiful dive partner, but he can't get involved with a human outside dive duty. Yet when she gets between a werewolf hunter and his intended victim, one of the members of Allan's pack, they run into real trouble, and their lives are altered forever.

He pulled out a couple of mugs while she warmed up the cocoa. He chuckled and she turned to see what was funny and nearly had a heart attack.

He was holding one hot pink and white mug while reading it, the other sitting on the counter: Men should be like my curtains, easy to pull and well hung.

Her lips parted, she had to have turned cherry red, and she turned away quickly before she burned the cocoa. Now what? Explain that a friend had given them to her when her last boyfriend and she had parted company? Or just ignore the fact that they were drinking out of those cups while she was having hot cocoa with him and pretend she wasn’t embarrassed to the tip of her toes?

He brought the mugs over. “Anything else?”

“There’s a can of whipped cream in the fridge, if you want some.”

“Real cream,” he said, eyeing the can. “Looks good.” He gave it to her, and he lifted the mugs.

She shook up the can and pointed it at the right mug, pushed the nozzle, and the cream dripped and fizzled. Not to be thwarted, she shook it again, hoping that it wasn’t defective. And then the whipped cream swirled around with perfect ridges in a twirl on top with a cute little pointy peak. Perfect.

Then she turned to the other mug, shook the can again, and pushed the nozzle. It was working great until halfway through her little mountain of whipped cream twirling to perfection, when the nozzle malfunctioned again and spewed whipped cream everywhere.

In horror, she stopped what she was doing and stared at the white cream splattered all over Allan’s chest and a few that had dotted his boxer briefs. Her mouth agape, she glanced up at him.

His eyes sparkled with mirth and he laughed.

“Oh, oh, let me get something to wipe it up,” she said, belatedly, and set the can of whipped cream on the counter.

She grabbed some paper towels and wetted them, then rushed back to wipe the mess up. He was still holding onto both hot pink mugs of cocoa. She had every intention of taking one of the mugs and letting him clean himself, but he just moved his arms apart as if to say she made the mess, she could wash it up.

She thought she was going to die. Yes, he was totally hot. And yes, she’d fantasized about making love to him—since they were both unattached, and she truly liked him. But in her wildest dreams she would never have imagined making him cocoa in the middle of the night in her duplex while he stood in sexy silk briefs, not baggy, but nice and form fitting, and then she proceeded to splatter him with whipped cream. All over his tanned chest and those black briefs.

Love, love, love romance, the paranormal, hunky Highlanders with their delicious brogue and hot kilts, so Terry Spear writes about those hunky Highlanders both in medieval times and as wolves in contemporary times. Jaguar shifters too! And young adult urban fantasy. And romantic suspense.

She grew up reading mystery, adventure, mythologies from around the world, ghost stories, the paranormal, fell in love with Dracula and Wolfman, and felt they needed loving too. Everyone should have someone to love. Which means her stories always have a HEA. 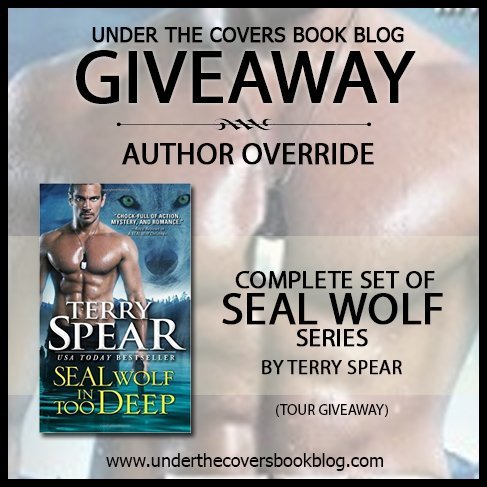 I would love to visit Scotland and Ireland.

Ireland was beautiful…I would definitely go back

I do not be aware of the way I finished up in this article, but I imagined this particular distribute once was great furniture. I really don’t understand whom you might be having said that certainly you’ll any well-known blogger any time you will not be witout a doubt. Cheers!

Read some of Ms. Spears’ books. This is another great additional to the series. Great excerpt, UTC!

OMGosh I need those mugs for my bestie, she would just love them so much! I would also love to see England, Ireland and Scotland so much but I make do with getting to travel there in books.