Seoafin “Finnie” Wilde was taught by her parents that every breath was a treasure and to seek every adventure she could find. And she learns this lesson the hard way when they perish in a plane crash. But she never forgets and when she discovers there is a parallel universe where every person has a twin, she finds a witch who can send her there so she can have the adventure of a lifetime.

But upon arrival in the Winter Wonderland of Lunwyn, she realizes she’s been played by her twin and finds herself walking down the aisle to be wed to The Drakkar.

Thrown into inauspicious circumstances, with years of practice, Finnie bests the challenges and digs into her adventure. But as Frey Drakkar discovers the woman who is his new wife is not Princess Sjofn, a woman he dislikes but instead, his Finnie, a free-spirit with a thirst for venture just like him, without her knowledge he orders his new bride bound to his frozen world, everlasting.

But at the same time Frey plunges Finnie into a web of political intrigue that includes assassination plots, poison, magic, mystery and… dragons. 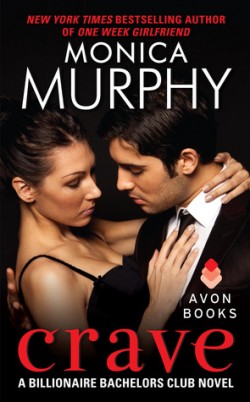 Billionaire Archer Bancroft always gets what he wants—and he’s wanted Ivy Emerson, his best friend’s sister, for far too long. Being forbidden and untouchable only makes her more tempting. When a million-dollar bet with his friends throws down a challenge—last bachelor standing takes all—Archer knows he can win. That is, until one enchanted evening with Ivy takes his heart for a ride.

Ivy knows Archer is nothing but bad news: Infuriating, arrogant…and completely intoxicating. But despite her best efforts, she can’t seem to keep away. When a stolen kiss leads to a night of heated passion, Ivy realizes she’s in trouble and in head over heels.

But in the light of day, everything seems clearer and Archer’s not so sure a one-night stand is all he wants. Concocting a plan to keep Ivy by his side, Archer might just be willing to lose this bet…and win the jackpot instead. 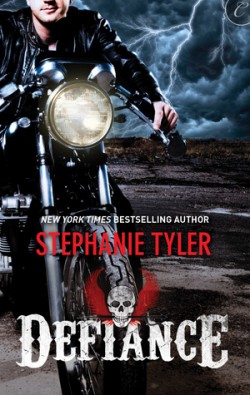 Rebelling against her legacy as the MC’s princess, Tru Tennyson escaped the ruthless, male-dominated culture of the Defiance motorcycle club. Three years later, her newfound freedom is ripped away, thanks to a massive hybrid storm that killed millions. Now, in the post-Chaos world of semi-darkness and near-total anarchy where gangs rule, she discovers the dangerous world of Defiance may be the one thing that can keep her safe.

Tru is at the MC’s mercy when she’s dragged back to her former home … and to the only man she’s ever pictured a future with. Caspar is the bastard son of the club’s leader, her safe haven when life got rough — and her onetime lover the night she left. When Tru refuses to trade sex for power and be claimed by a rival club leader, she also dares to announce she wants Caspar instead, throwing the MC into turmoil.

Tru’s brazen revolt could start a gang war and destroy the club from within. Now both Tru and the MC must wait for Caspar’s response … and the inevitable fallout.

**warning: this book contains situations which might be triggers for some people. Please see the bottom of this description to see if this is the kind of book that you’ll love or piss you off**

For Luisa Chavez, a twenty-three year old former beauty queen, a better life has always been just out of her reach. Sure, she’s had men at her feet since she was a young teenager but she’s never had the one thing she’s craved – security. Having grown up in near poverty, her waitressing job in Cabo San Lucas can barely let her take care of herself, let alone her ailing parents. Every day is another unwanted advance, every day is a struggle to survive.

When Salvador Reyes, the depraved leader of a major Mexican cartel, takes an interest in her, Luisa is presented with an opportunity she can’t afford to pass up. She’ll become Salvador’s wife and exchange her freedom and body for a life of riches – riches she can bestow upon her deserving parents. But Luisa quickly finds out that even the finest wines and jewels can’t undo the ugliness in her marriage, nor the never-ending violence that threatens her every move.

Soon, Luisa is looking for an escape, a way out of the carefully controlled life she’s leading. She finally gets her wish in the worst way possible.

That man is Javier Bernal. And he wants Luisa. He wants to take her, keep her, ruin her.

Unless she ruins him first.

***WARNING*** This book deals with drug cartels and as such it contains a lot of sex and violence and some violent sex. It can get pretty ugly, pretty dark and pretty crazy. There is drug use, abuse, a bit of torture and dubious consent. The hero is not a hero and the villains…well, they’re even worse. If this sort of thing bothers you, PLEASE DO NOT READ IT. This ain’t no cupcake farting unicorn kind of book. If you are even a bit squeamish about violence, brutality and rape, this is your warning to stay away from a book that you certainly will not like (and why read books that you know you won’t like?)***

***While this is a spin-off of The Artists Trilogy, prior knowledge of the books is not needed. DIRTY ANGELS is the first in a trilogy, however each book can standalone and follows or introduces different characters***